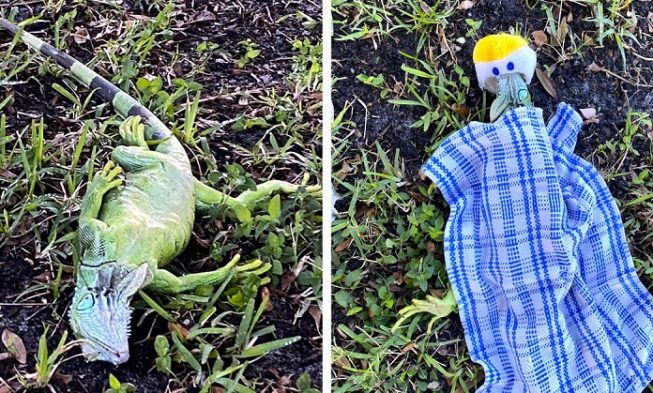 These Green reptiles are an invasive species in Florida known for eating through landscaping.

Due to the unusual cold snap that hit the Sunshine State, the National Weather Service in Miami has issued an unofficial warning for falling iguanas. It isn’t usual to her in the forecast news, but it is unusual in that area so the weather service decided to share in public because people can be surprised by seeing Iguanas falling from the trees.

The good news is that they may fall from trees, but that they are not dead.

According to Chris Michaels, a meteorologist with WSLS-TV in Roanoke, Virginia, it happens because, on a certain temperature level, iguanas stiffen up and fall out of trees, which has been observed over the years in south Florida. 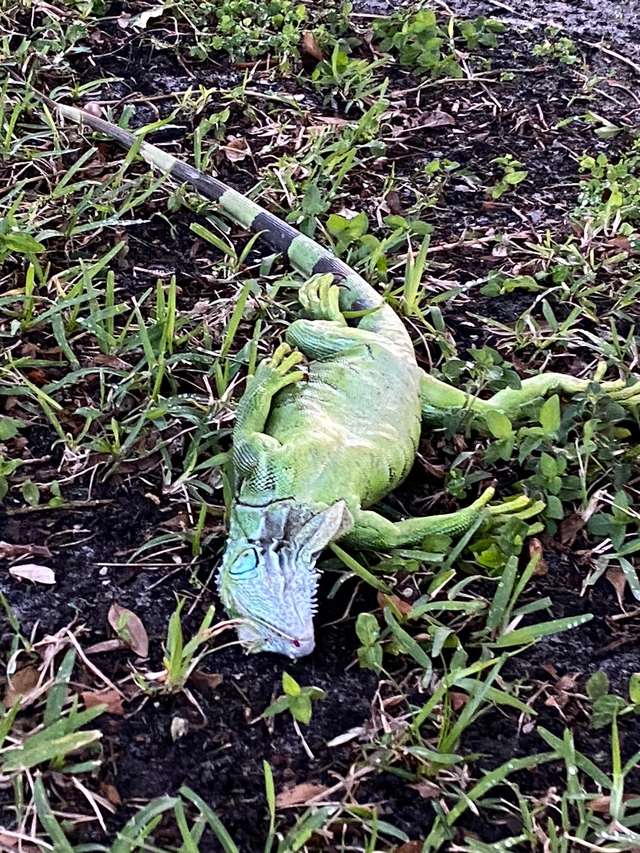 Michaels explained that on the temperature about 50 degrees, iguanas can become lethargic, then when it drops to about 40 degrees or lower that their blood doesn’t move around as quickly. In this condition they can stiffen up and fall out of the trees in which they live.

Knowing that cold weather can cause reptiles in South Florida, Lori Bale was particularly concerned about those living around her home. After a cold night, towards her coldest lately, as soon as she woke up, she immediately checked their yard for fallen iguanas.

For Iggy, as Bale called her beloved reptile, this night was really difficult. Instead of leaving him to face the cold weather unprotected, which could cause his internal temperature to drop, even more, Bale decided to do something creative.

Improvising a little blanket for him from a towel, she covered him and placed a torn piece of her dog’s plush toy on Iggy’s head like a hat. 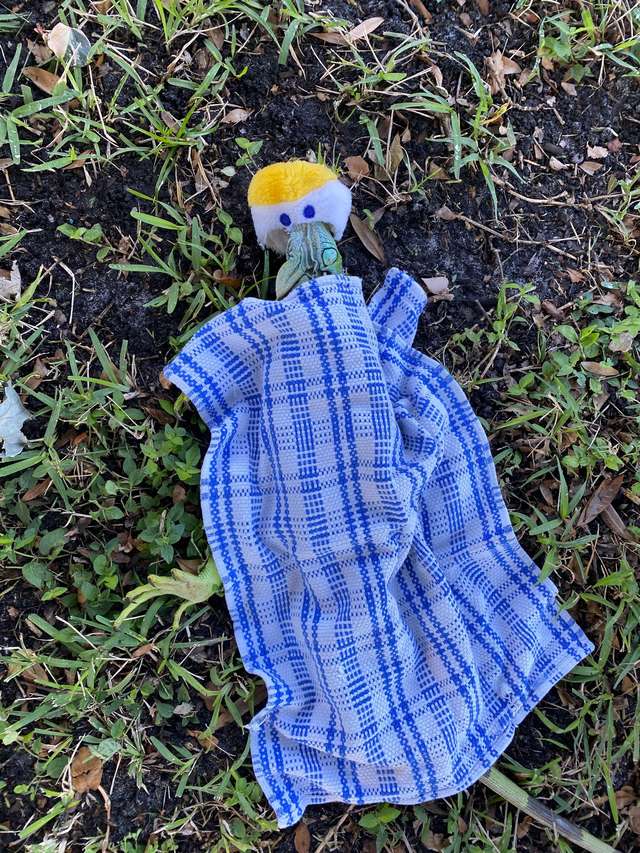 “I hoped that it would help a little.”

In a very short time, she made sure that they helped anyway. When she got home from work, she found his blanket, but there was no Iggy.

However, since the cap she had put on him was not there, Bale believes that Iggy obviously decided to keep it.

This Bale’s sweet gesture to the iguana was at least something that Iggy could offer, though he left “without saying goodbye.” Bale was pleased that she had the opportunity to help him. 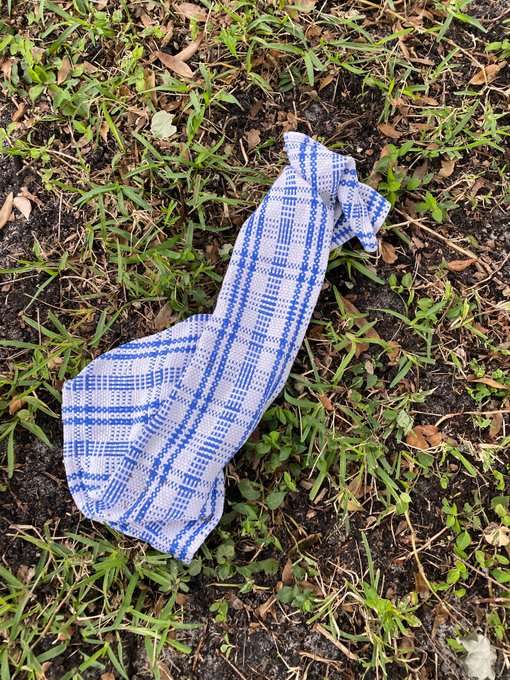 She adds that she will again see him sunbathing by the canal as soon as the weather improves.