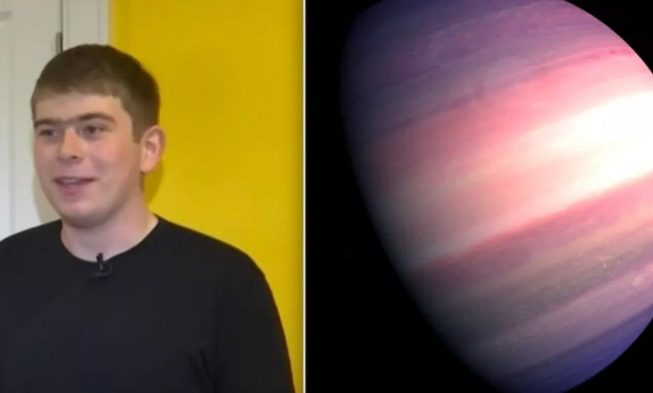 A 17-year-old who had an internship with NASA on ONLY his third day managed to discover a brand-new planet that is actually 6.9 times the size of our planet Earth.

In 2019, New York’s Wolf Cukier landed a dream internship with NASA and was soon employed at the Greenbelt, Maryland, Goddard Space Flight Center.

Wolf Cukier managed to get a two-month internship with NASA during his junior year, which is a pretty big deal. So he had to go down to NASA’s Goddard Space Flight Center in Greenbelt, Maryland, during the summer of 2019 for his internship.

His first mission in the facility was to investigate star brightness variations captured by NASA’s Transiting Exoplanet Survey Satellite. The Citizen Science Project encourages individuals who do not work for NASA to help discover new planets.

Believe it or not, Cukier managed to find a new planet just three days into his internship.

NASA only now decided to declare to the scientific community that this planet exists. One might assume that the newly found planet would be named after Wolf, but it was given the name ‘TOI 1338 b’ , which is slightly less than an exciting official name.

The two-star newly found planet is about 1,300 light-years from Earth and it is 6.9 times bigger than our own planet. It is the first TESS-discovered planet that has two stars in its orbit.

The Goddard research scientist, Veselin Kostov, claimed that the human eye is better at detecting anomalies in the night sky when compared to algorithms.

These are exactly the kind of signals that make algorithms struggle. The human eye, believe it or not, is way better and extremely efficient in finding patterns in data.