Seeing different species of animals bond with one another is amazing to see. There have been different instances where unlikely friendships have been reported. In this instance, a family of orangutans have befriended some otters at the Belgian zoo and it has captured the attention and heart of the internet.

The otters and the orangutans met for the first time after the Pairi Daiza zoo in Brugelette connected the river of the otters through the enclosure of the orangutans. Since then, a heartwarming and magical friendship formed between the two different species.

Looking through the photos will see just how heartwarming and adorable the two species are. Mathieu Goedefroy, a spokesperson for Pairi Daiza zoo made an interview about their friendship for Bored Panda.

The orangutan family at the zoo consists of a father Ujian, aged 24, the mother Sari, aged 15, and their son Berani who just turned 4. In the photos, you can see Berani playing hide-and-seek with his little otter friends. 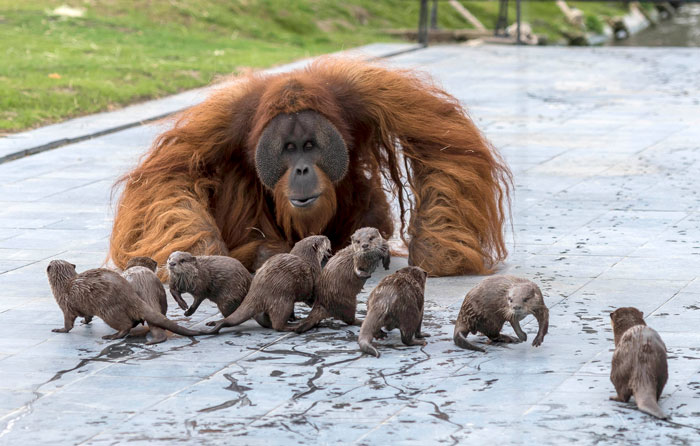 Mathieu reported that the two species generally play games involving chasing and sometimes they play hide and seek. He added that “The otters hide under large tree trunks or wooden constructions, then Berani, the baby orangutan, comes to look for them. Once and a while they pop out to tease him.” 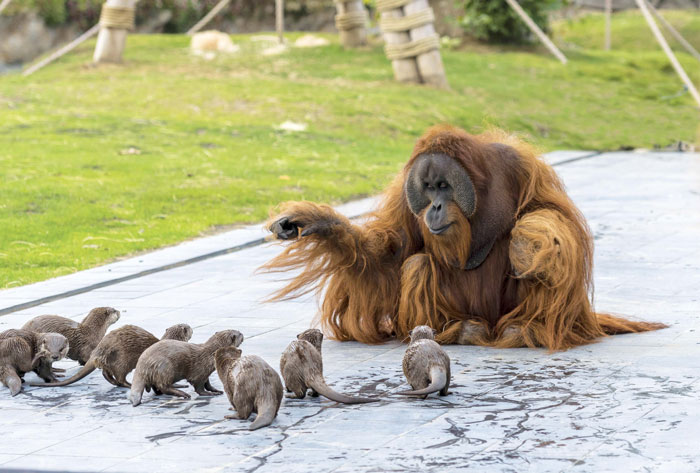 The zoo invests lots in “enrichment” for the enclosures of the animals, as was reported by Mathieu. This enrichment consists of increasing the size of the enclosures and giving the animals a better quality of life. The way the staff does this beside hiding food, organizing mind games, making puzzles, and adding swings or new logs, is making the species interact with one another in the same enclosure. Sometimes it’s enough just to make them see each other.

In the zoo, they allowed different species live together in one enclosure. Mathieu reported that the zoo has “gorillas live together with colobus monkeys, our penguins live with the seals, our kangaroos share an enclosure with pelicans, we have squirrels living with bats, pygmy hippos with pelicans, giraffes with ostriches, Asian elephants with Asian gazelles, zebras with buffalos… and so on.” 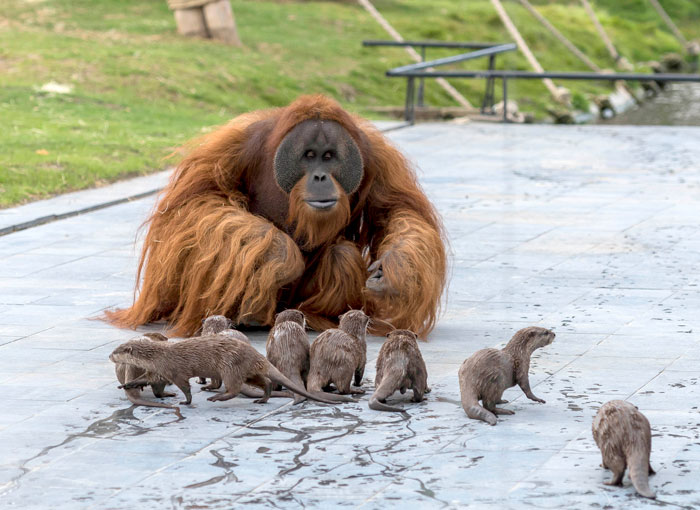 As of now, the zoo closed its doors to the public until it can reopen due to the lockdown from the coronavirus. However, that does not stop him and the rest of the staff to care for the animals and give them the best life.

He added that there are two factors crucial in keeping the animals well in captivity and they are: the size and quality of the enclosure. He added that “This means that an animal—and this is, even more, the case of orangutans, with whom humans share 97 percent of their DNA—must be entertained, occupied, challenged and kept busy mentally, emotionally and physically at all times.” 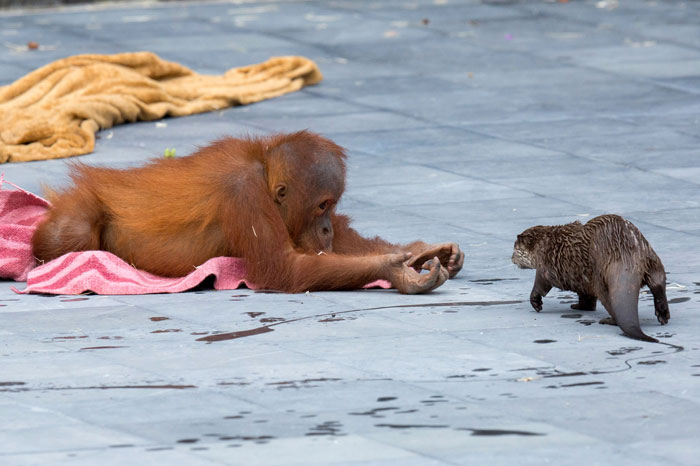 The orangutans had been transferred from Germany to Pairi Daiza zoo in 2017 and since then, the otters and the orangutans love the interaction that they have between them.

This is especially true for the baby and father (Berani and Ujian) since they both made an incredible bond with the otters. Mathieu claims that this experiment has been a great success because the two animal species have lots of fun together. 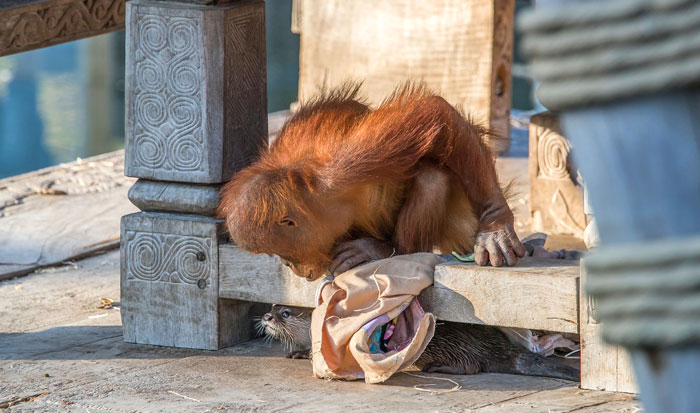 Borneo and Sumatra have been the two places that orangutans had a huge population. However, due to the palm plantations raised in both the places, the population is at threat of being extinct. To combat this threat, the Pairi Daiza zoo had raised funds to plant 11,000 trees in Borneo as an effort to restore the habitat of the native orangutans.