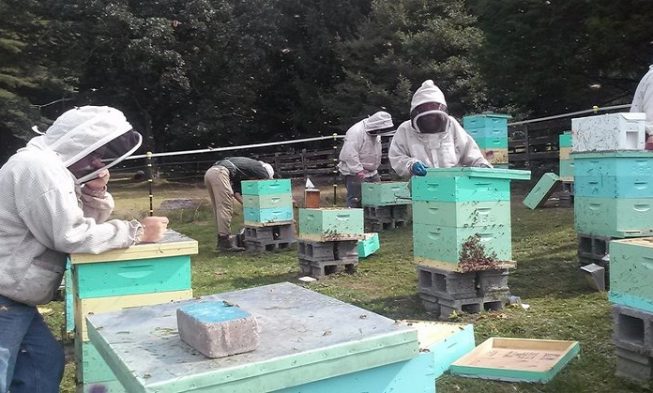 Because of the declining pace of the coal industry, nearly 100,000 miners have been left unemployed in West Virginia.

The Appalachian Beekeeping Collective is a nonprofit organization that wants to help these coal miners get a new, eco-friendly jobs as beekeepers.

This money funded the environmental restoration projects and sustainable job opportunities for the coal miners that has now become the highest unemployment rate in the country.

As of right now, 35 coal miners have been trained as beekeepers and in a few weeks they will train 50 more.

People who are trained by the free “Introduction to Beekeeping” are offered cheaper or free bees alongside with equipment. They also give access to ongoing trainings and mentorship. The trainees can choose to maintain from two to twenty hives.

The first honey that the trainees will harvest was in the spring of 2019 and the honey is being collected, bottled, and sold by the non-profit. They sell the honey for the trainees and are paying them the market rate which is $7 a pound. This gives the trainees the potential to reach over $700 per hive which leads to over $15,000 per season.

The organization is also offering tutorials in making lip balm, candles, and other wax products in order to reach additional income opportunities.

This helps the people provide for their families with a decent supplemental income for the part-time work they’re doing at home.

Additionally, beekeeping is going to help the overall problem with the bee population. They are giving them a place to live and improve the biodiversity and health of local ecosystems.

The beekeeper Paul Webb states “It’s not common knowledge that the honey bee can only survive in many parts of the world due to the beekeeper.”

“Wild colonies have dwindled to the point of extinction due to modern agriculture. Huge expanses of land which now grow a single crop were once home to thousands of plants providing nectar and pollen for the honey bee and many other insects. Woodland has also disappeared, where traditionally a honey bee colony would find its home in the hollow trunk of a tree. This reduction of biodiversity, and decrease of animal populations has a huge environmental impact.

Sustaining honey bee numbers means the pollination of crops which otherwise could not be grown at all, or on a much smaller scale. Although some plants will be visited by many insect types, others can only be pollinated by the honey bee. They are an incredibly effective pollinator, when a source of pollen or nectar has been discovered by a scout bee, a large amount of the bees from that hive will soon visit the same plant multiple times. The bees will always pollinate the whole flower, which produces perfect fruit.”