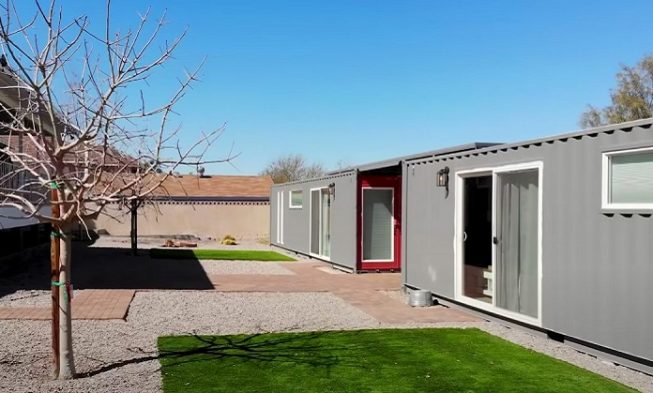 Having teenagers living at home can be a tricky situation. While they strive for independence, parents try their best to keep them out of trouble. One family seems to have worked out the best solution for a win-win situation. They moved into a house that had a large enough backyard to fit two container homes for each of their teenage daughters. The container homes provide a means for additional income when their teens go off to university. 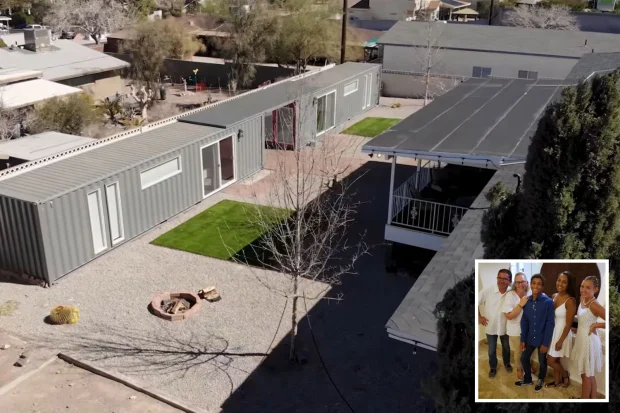 Container homes in the backyard

Matt and Linda lived in Henderson, Nevada, with their three children. As their kids started growing up, they realized they needed more privacy, as well as independence. After shopping around for a while, they found a new house that was perfect, except for one minor detail. The house did not sport enough space for the three children to each have their own room. however, this did not deter Matt or Linda.

They came up with a creative plan to provide the necessary space for their two teenage daughters. they build two container homes in the back yard of the garden for each of their daughters. Furthermore, Matt and Linda plan to move their elderly parents into container homes once their children have grown up and gone to university. Matt said the idea allows his daughters to gain some independence while remaining close to home. “It gives our teenage daughters some autonomy and some space but [they’re] still in the backyard.” 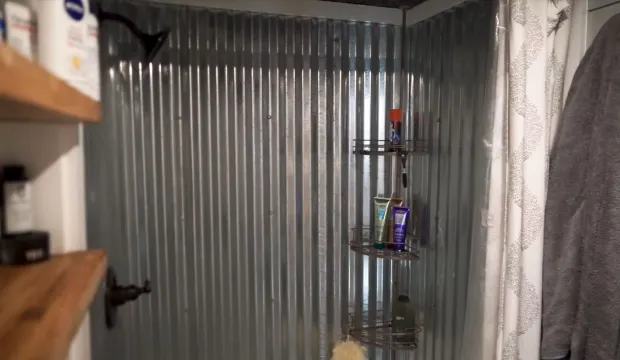 The two container homes cost the couple £116,000 ($131k USD). Additionally, they each spent £8000 ($9k USD) on furniture and room decor. Each container has a width of eight feet, and a length of 40 feet. They are inclusive of an open plan living room, kitchenette, bathroom, and bedroom that fits a double bed.

The kitchenette is equipped with a mini refrigerator and a microwave. Although Matt and Linda’s daughter Maddie still use the kitchen in the main house. The living area has a large T.V as well as a corner couch that doubles as a bed for guests. Matt and Linda made sure to provide ample storage, like raising the bed and adding drawers underneath.

Lastly, the house is fitted with plumbing and sewage, allowing their toilets to flush. 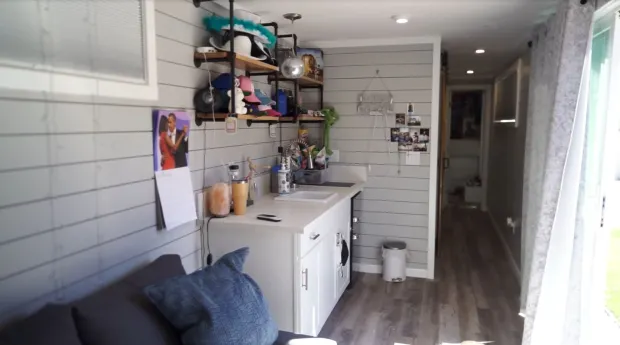 Their YouTube channel is Tiny House Giant Journey. The clip has been viewed over 1.5 million times, and there are many comments of approval. It seems the majority of people think the idea is great and versatile for when the teen’s grandparents become too old to live alone.

One comment read: “Awesome idea! When the kids move out and the aging parents decide not to move in, they can choose to rent them out. If they ever decide to sell their property, they can also take the container homes or leave them as a great selling feature. Either way, they have great options. Also, flushable toilets for the win!”

Another person said they are thinking of building her own tiny home as well. “I’m in my late twenties and planning to build a tiny house in my mother’s backyard,” they wrote. “Rent and house prices in my city are just insane so this is the best option for me to get my own place :)”

Finally, another person wrote: “This a terrific idea, in this way the parents know where their daughters are, and they can be there for them in case the young women need them. If I would have had my own home with a backyard big enough, then my mother and my uncle, and even my sister and her husband would have had places like this to live.”