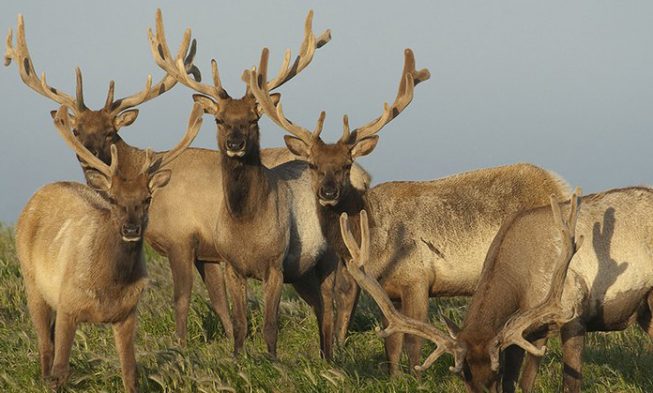 The bad news about this amendment is that they are doing it at the expense of the native wildlife and natural habitat. With their plan, they want to kill native tule elk and authorize the agricultural uses which will put other wildlife at risk.

This decision will extend 20-year commercial leases to 15 private beef and dairy cattle ranches over 26,100 acres of land. The land will be taken from Point Reyes National Seashore and Golden Gate National Recreation Area in Marin County.

With the arbitrary population cap set on 120 elk from the 138 estimated elk currently part of Drakes Beach herd, the plan calls to maintain their population by killing them off. Additionally, any free-roaming elk that attempts to create new herds can be shot. Remember, this is the only national park that tule elk live in. The Drakes Beach herd of elk is only one of two free-roaming herds in the park. The other herd is the Limantour herd which estimates 163 elk in 2019.

If the plan is approved 30 days after the announcement, it will convert parts of the park’s grasslands and wildlife habitats to artichoke farms, row crops, and expansion of commercial livestock farming introducing goats, sheep, pigs, or chickens. This will conflict with the other native wildlife in the park which can result in the killing of bobcats, foxes, coyotes, and varieties of birds.

Additionally, the excessive levels of cattle stocking can lead to overgrazing, degradation of water quality, significant soil erosion, damage to endangered species habitat, and spread of invasive plants in the park.

The Point Reyes Act, which created the Organic Act and the National Seashore, guides the management activities in the national park. These activities are authorized by the Park Service and they’re supposed to protect the natural resources. Most of the public are condemning the draft environmental impact statement and oppose continued ranching.

There are two subspecies of elk native to California and one of them is the tule elk. In the mid-1800s, the population of tune elk was severely reduced because of uncontrolled market hunting and displacement by cattle. In the mid-1870s, less than 30 remained in a single herd near Bakersfield.

Henry Miller, a cattle rancher, was able to conserve them because they were discovered on his ranch in 1874. Before this, tule elk were thought to be extinct. From this small herd, about 5,700 tule elk are present across twenty-two herds in California.

Tule elk can only be found in California whereas the Roosevelt elk (second subspecies of elk in California) can also be found on forested slopes in the Pacific Northwest and several other western states.