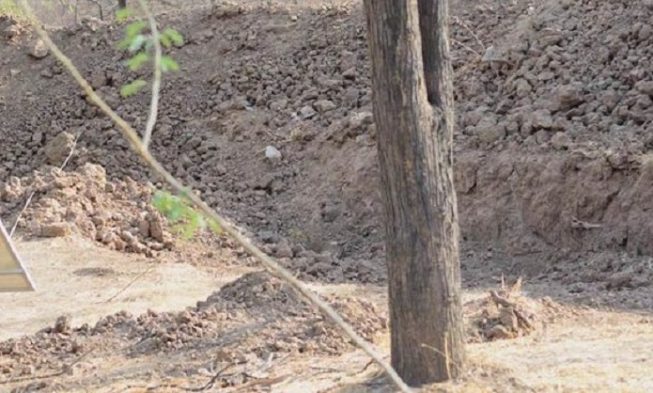 This picture is the next level of Where’s Waldo photographs. People are posting it like crazy online, challenging their friends to find the leopard, or asking others to show them where it is. It was first shared on September 27, 2019, by a 16-year-old Bella Lack on her Twitter account.

An Indian photographer, Hemant Dabi, was able to spot the leopard and took a picture of it. The photograph features a plain dry land with a shallow ditch. It looks like there’s no sign of life nearby, except for the camouflaged leopard. People that can spot the leopard definitively have eagle vision or some kind of eye-sight superpower.

People that found the leopard shared the photograph with the animal circled with a red marker and reposted it on the original thread, despite warnings to let others find it on their own.

Because of the spotty appearance of the soil, you can barely see the brown leopard. However, zooming in does help because the leopard is perfectly blended with the background of the ground. 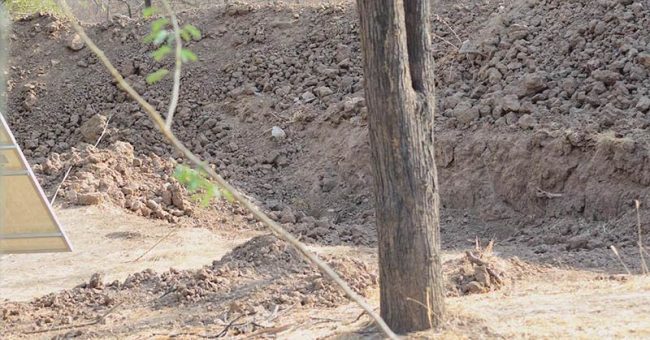 Leopards are typically known as panthers, or in Latin, Panthera pardus. This large cat is closely related to tigers, lions, and jaguars and has spanned nearly the whole of Africa (south of Sahara) in 1750, as well as some part in Asia Minor through Central Asia and India to China. By last year, the leopards decreased their numbers by 75%. There are still large pockets located through sub-Saharan Africa, the Himalayas, and Iran. There are also small pockets scattered through India, Central Asia, Southeast Asia, Manchuria, eastern China, and the Korean peninsula.

These animals can weigh from 50 to 90kg (110 to 200 pounds) while their size can be 210 cm (84 inches) aside from its 90cm tail. Typically, the leopard lives in the forests and is nocturnal in habitat. However, they can be seen basking in the sun sometimes.

Aside from their fast speed and incredible hunting instincts, these big cats are smart enough to find great spots to camouflage themselves and blend with nature. The leopard in this photo has a brown color fur and its perfect camouflage is the rocky terrain.

Because leopard skin is very expensive on the black markets, people are poaching the beautiful animal. Aside from that, habitat loss such as deforestation is also the reason for the decreasing numbers of leopard.