Nowadays, powerful technologies assume more control over our everyday lives, and everything can be resolved by the application of them. However, many people who don’t like changes in their life are ignoring some technology applications.

By actively shaping modern society, new technologies are often leading to numerous social issues, so people should become aware of their current impact, and understand how they have come to place so much faith in them.

We are witnessing the replacement of people with computers because they can do their job easy and fast. However, many people are rebelling against this trend, such as customers in Canada who are now refusing to use self-checkout machines in malls and stores. They are claiming that by using these devices often, the folks will lose their jobs.

Protecting the labor rights one person made the point:

The study conducted in October 2018 by the Dalhousie University about the grocery shopping showed that out of 1,053 Canadians surveyed, more than one-quarter said they never use self-checkout at the grocery store. That is not the case for those people even for small purchases.

This resistance for self-checkouts has even sparked petitions and negative comments on Facebook, telling shoppers to

Today, because of the era for retail automation, online sellers such as Amazon have come to dominate consumer commerce. These companies are now turning their attention back to the real world, and they’re working by using artificial intelligence and sensors to open stores without cashiers at all.

According to the study of the Canadian Broadcasting Corporation (CBC), a lot of Canadians opposed to the deployment of self-checkout registers. The main reason for their resistance is their believing that these machines are likely to increase unemployment in their country by reducing jobs. That attitude will plunge a lot of families into great financial suffering.

For many other customers, these machines are not acceptable because they would cause an economic crisis and hurt the economy, also, as thousands of people would be out of work.

On the other hand, those who support that idea, argue that this technology will benefit businesses by reducing labor costs.

The true for this issue is that the technology advances may get harder to opt for the cashier line. The reports by the World Economic Forum’s 2018 Future of Jobs revealed that cashier jobs, along with occupations like a payroll clerk and bank teller, are “expected to become increasingly redundant” over the last period.

The business people explain that these “routine-based” jobs are more predisposed to being replaced by advancing technologies.

The Executive Director of the Brookfield Institute of Innovation + Entrepreneurship at Ryerson University in Toronto, Sean Mullin, claims:

“To kind of cling to an old model just because it involves workers is not something that companies and others are set up to do.”

On the other hand, Peggy Eburne, who resides in Chilliwack, British Columbia, is against using an automated check-out machine since she believes it isn’t right to automate every job that humans are doing now. 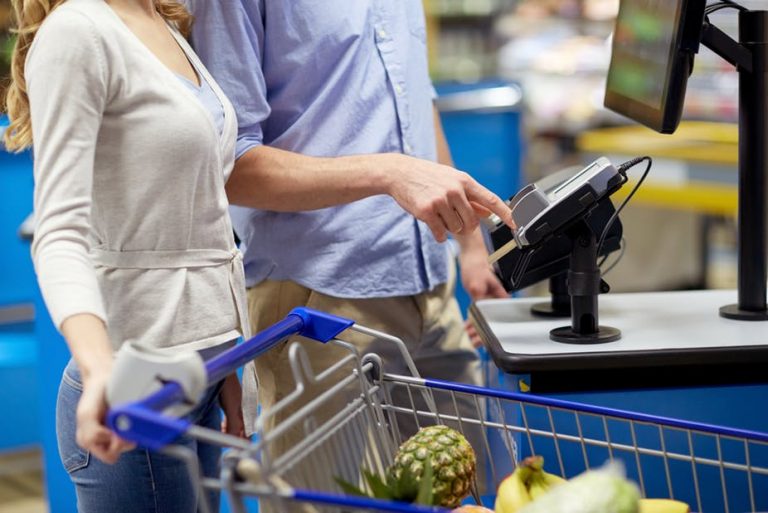 She is aware that their resistance might be useless in the end, because nobody can stop the development and application of the new technology, but she and other supporters of this movement will continue their boycott to do their part to protect the cashier job. They are also aware that what they do is little to make a difference at all, but they like to stand by what they believe in.

–           The customer-store relationship has been negatively affected since the self-checkouts were applied, especially for those shoppers who are less tech-savvy than others