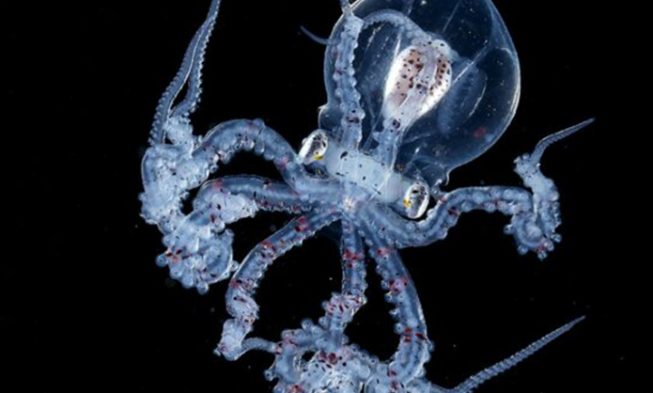 People are aware that it’s unlikely for them to discover the whole indefinite universe that exists deep into the waters of the ocean.

There are many great shots that divers and photographers managed to capture, but it’s just a tiny bit from all the amazingness that is found down there. Taipei-based artist Wu Yung-sen, is a blackwater photographer who is diving into the deepest corners of the ocean to get a great shot of some of the creatures that live there.

He’s been doing that for the last four years. While deep-diving one day, he came across a very rare larval Wunderpus octopus, and obviously he took a picture of it. The photo perfectly captures the creature, with its transparent head, encapsulating its red brain. The photo left people totally speechless. Researchers discovered this rare octopus in 2006, but there’s not much people know about it.

It still puzzles many researchers. Anyways, its original name is Wunderpus photogenicus, which stands for photogenic wonder. The species is most commonly found in the waters of the Pacific Ocean, south of the Philippines.

Adults of this species are rusty red, characterized by white spots and stripes. One of their innate abilities is to contort themselves to mimic other similarly shaded sea creatures. One of the creatures they can mimic is the venomous spiny lionfish. However, this positive trait doesn’t benefit their young translucent larvae.

Young-sen was lucky enough to be the diver who’d encounter this rare specimen while blackwater diving in Anilo, the Philippines. He knew that he ran into a rare phenomenon, so he took a picture of the octopus immediately, right before it could drift away. There are special techniques that blackwater divers use to spot these creatures. And this was no exception. He spotted the elusive creature by using one of them.

Yung-sen sees the blackwater photography as a way to explore the limits of the nature. But he’s got a great experience in photographing creatures in shallower waters too. He’s an award-winning photographer in this category.

Once, he took a picture of a migrating salmon in British Columbia, Canada, after laying in the freezing river for hours. The Sony World Photography Awards got him the Taiwan National Award for that picture. 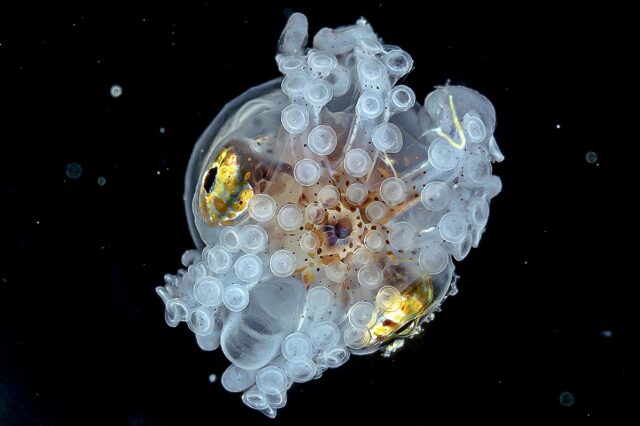 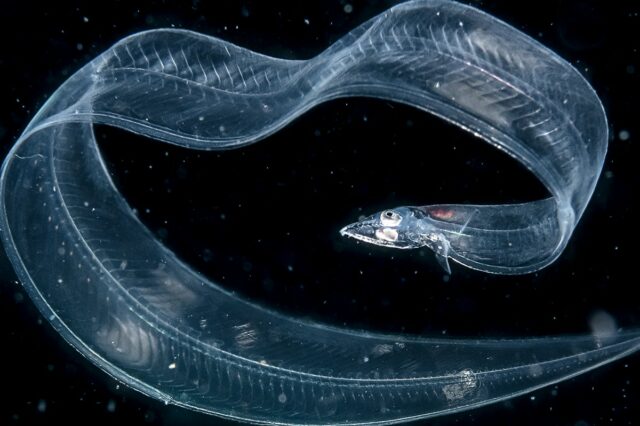 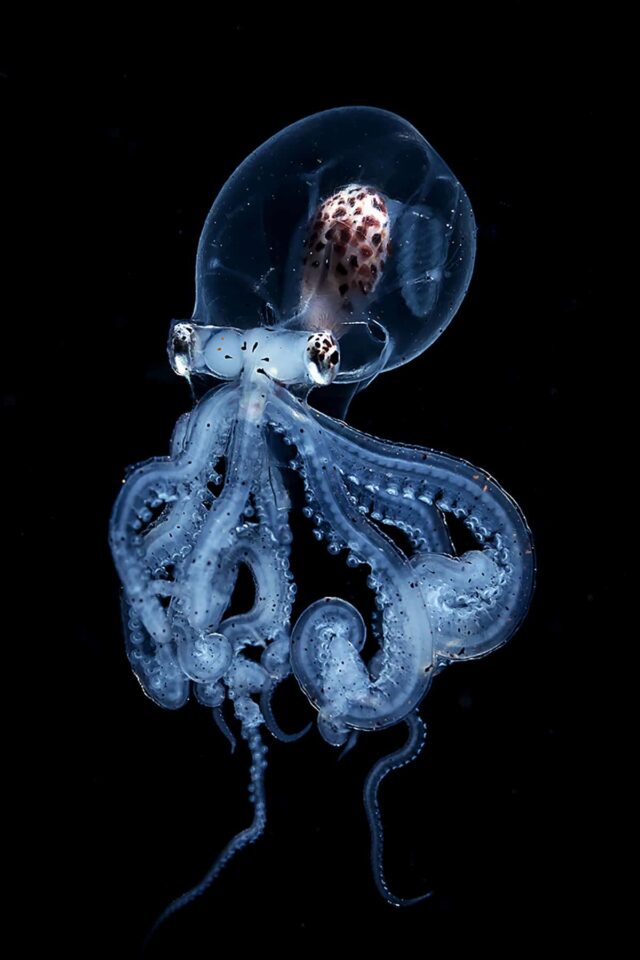