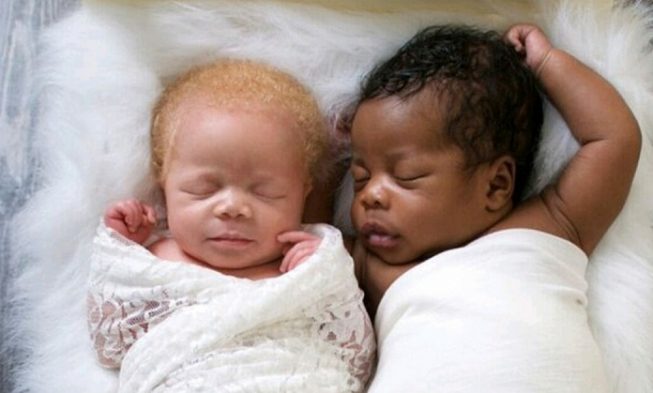 Having twins is a fascinating and beautiful thing for the parents. Advances in fertility science allowed parents today to have a higher number of healthy twins compared to past years. The Centers for Disease Control and Prevention (CDC) claims that 33 out of 1,000 births in the United States are twin babies. 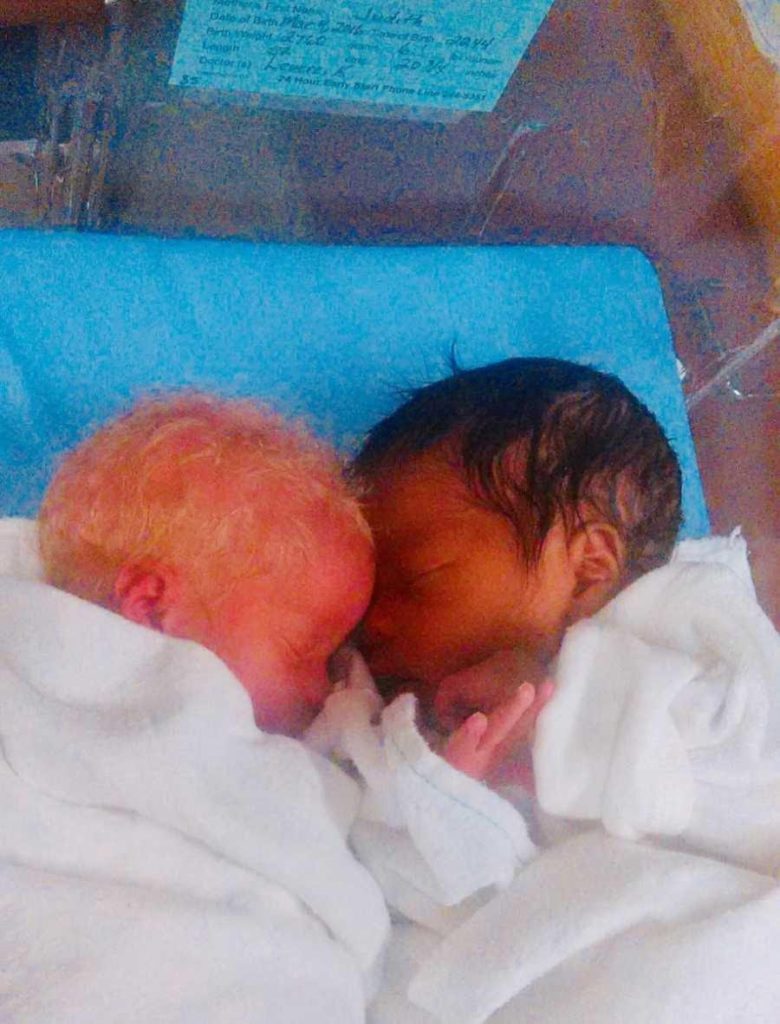 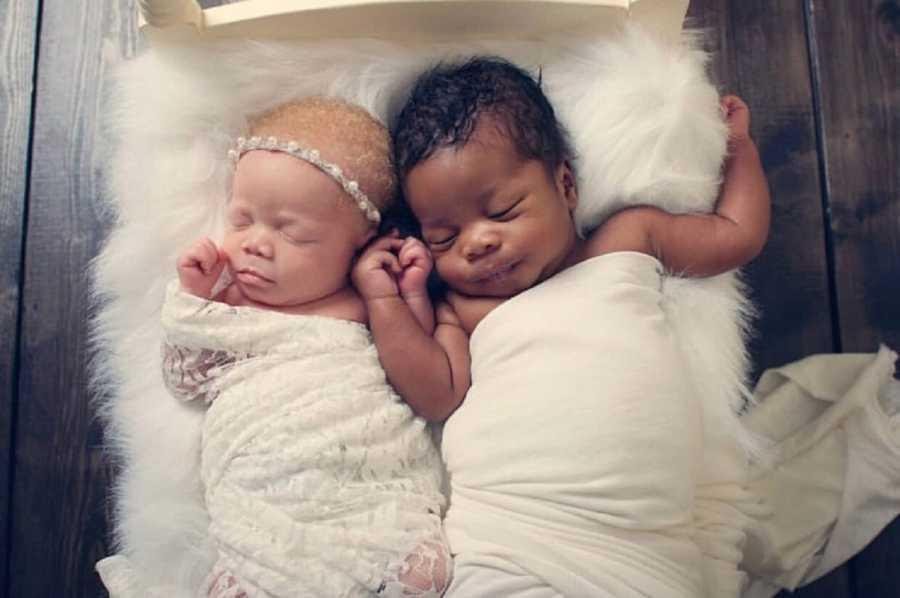 The most common types of twins are Identical and Fraternal twins. However, other types can occur rarely.

Identical twins – also known as monozygotic, these types of twins come from one fertilized egg. Identical twins are born when one egg is fertilized by one sperm but the egg splits into two shortly after fertilization. Both halves grow up into a baby.

Because the babies come from the same egg and sperm, they are completely identical. Hundred percent of their chromosomes are the same, meaning they have the same sex and genetic characteristics (eye color, hair, etc.). The only difference in appearance can be caused by the amount of room they have in the womb.

The twins share only 50% of the chromosome just like any siblings because they come from two different eggs. The baby twins can be the same or different sexes and are not identical.

Some doctors claim that there’s a third type of twins called half-identical or polar body twins. However, this type of twins hasn’t been proven that it exists. 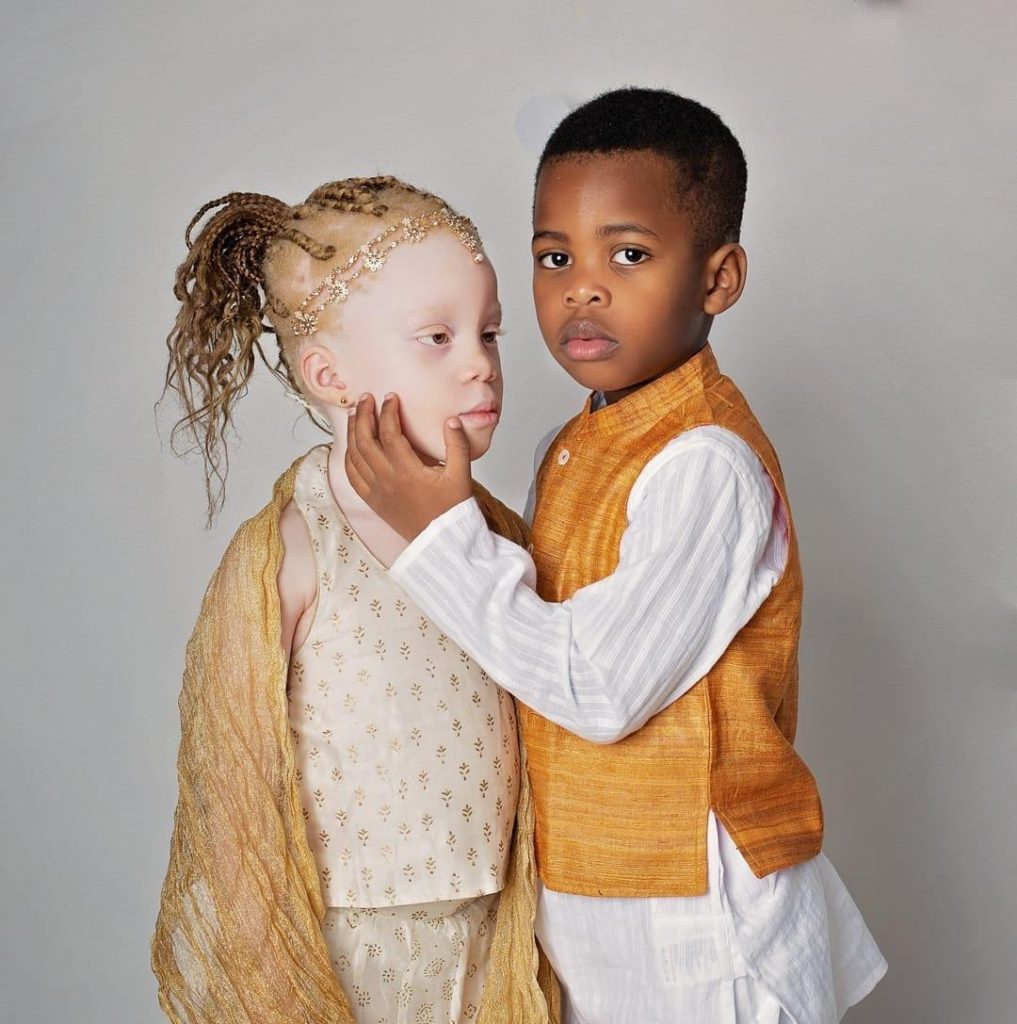 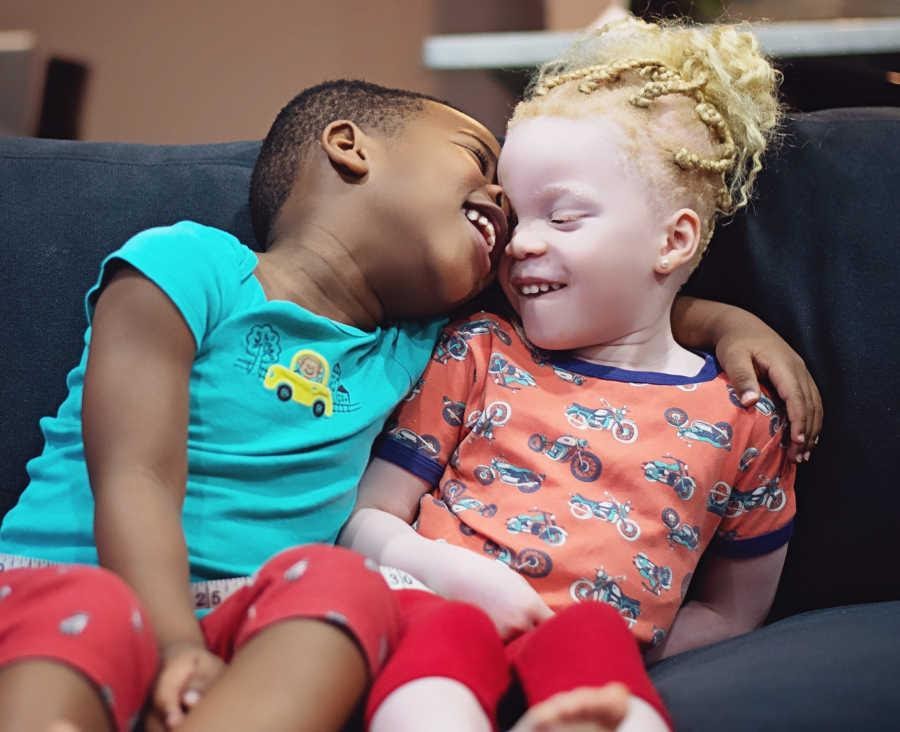 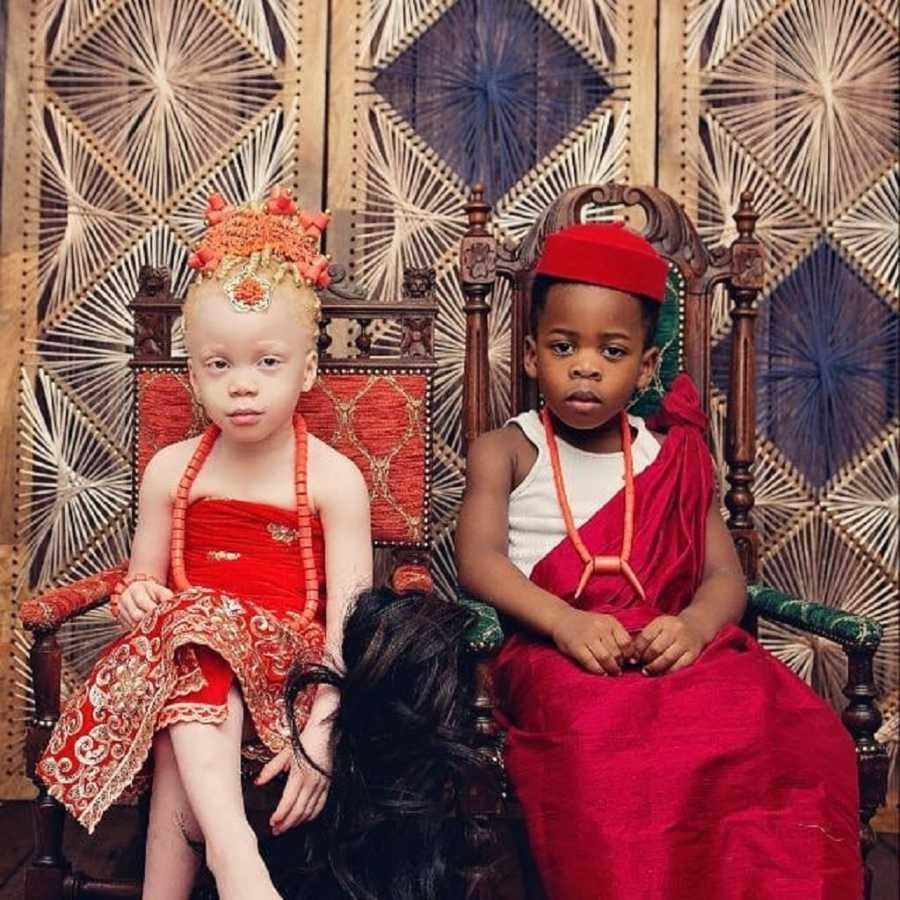 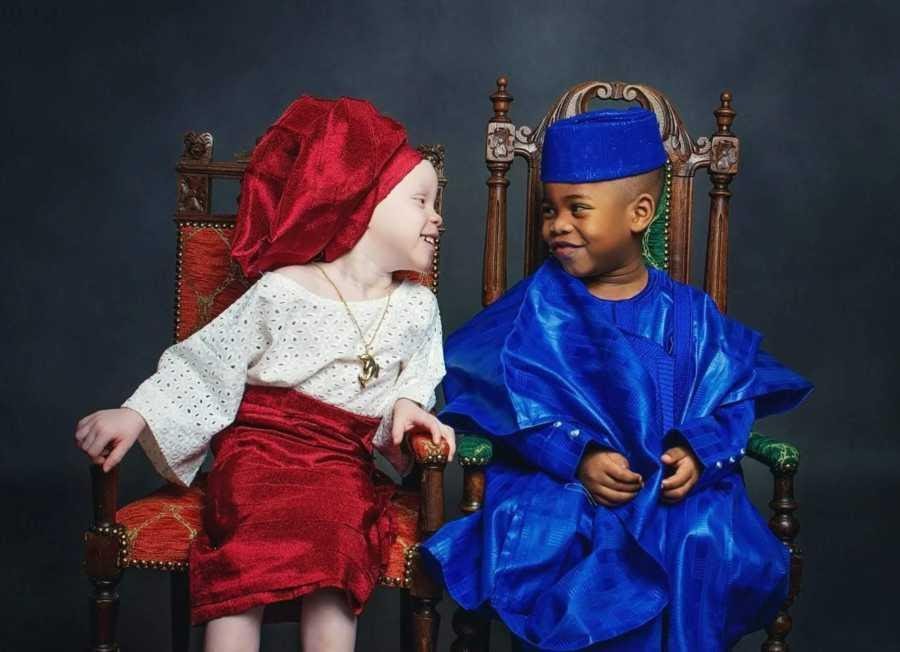 Just like identical twins, there is one egg that splits into two. However, one half of the egg can be smaller than the other and it’s called a polar body. If it’s fertilized, it can grow up to be into a baby but with very little fluid inside, it has a low chance of survival.

If the polar body survives, it can be fertilized by a different sperm than the bigger half causing polar twins. The mother chromosomes are identical because they come from the same egg but they don’t share the same chromosomes from the father. These twins can be the same or different sexes.

Many people don’t understand albinism. It’s a rare genetic disorder that causes the eyes, skin, and hair to have a small amount or no color. The National Organization for Albinism and Hypopigmentation released numbers that 1 in 18,000 to 20,000 people in the United States have a type of albinism.

Because albinism is a disorder that’s inherited, it is present at birth. If the parents have albinism or carry the albinism gene, their children can be born albino.

There are different types of albinism caused by different gene defects. The types are:

Oculocutaneous albinism (OCA) – the most common type of albinism. Typically, OCA affects the shin, hair, and eyes. However, there are different subtypes of OCA:

OCA1 – this type is caused by a tyrosinase enzyme defect and also has two subtypes. The person that has OCA1a has a complete absence of melanin which gives the person white hair, pale skin, and light eyes. Compared to OCA1a, people with OCA1b can produce some melanin, causing them to have light-colored skin, hair, and eyes. Additionally, their coloring can increase by age.

OCA2 – much less severe than OCA1 and it’s caused by a defect in the OCA2 gene. This results in reduced production of melanin, causing people to be born with light coloring and skin. OCA2 is most common in people with African descent and Native Americans.

OCA3 – caused by TYRP1 gene defect and typically affects people with dark skin. Their skin can have a reddish-brown color, reddish hair, and brown or hazel eyes.

OCA4 – caused by a SLC45A2 protein defect and people with it experience a minimal melanin production. This type is typical for people of East Asian descent and symptoms are similar to OCA2.

The other rarer types of albinism are:

These are the following symptoms that people with albinism can experience:

Because it’s rare to have twins and much rarer to have an albino baby, one parent was very surprised when she got both.

Judith Nwokocha is a 38-year-old Nigerian-Canadian photographer that was pregnant with twins. After she gave birth to them, she was in shock and thought the nurses made a mistake. Because one of her twins was albino, Judith thought that the nurses gave her the wrong baby.

Based in Calgary, Alberta, Canada, Judith was trying to conceive with her husband (also African) for eight years. After trying In Vitro Fertilization (a process where the egg is combined with the sperm outside of the body), the pair was blessed with twins.

Four years have passed after Judith gave birth and people are still shocked knowing that both babies are twins due to the different skin color. Kamsi, the boy, is dark-skinned while Kachi, the girl, is white-skinned because she was diagnosed with albinism a few days after birth. Just like any babies, both Kamsi and Kachi don’t see any color difference and are growing up to be amazing uniquely adorable siblings.

Before the first scan confirmed that Judith was having twins, she knew about it. Several things worried her during and after the pregnancy. Doctors revealed to her that the twins might have down syndrome. During seven weeks of her pregnancy, Kachi was very small and behind. She stopped growing and the doctors told her that she might not make it. Initially, after being born, Kachi did not cry so Judith thought the worst. Luckily, Kachi survived. 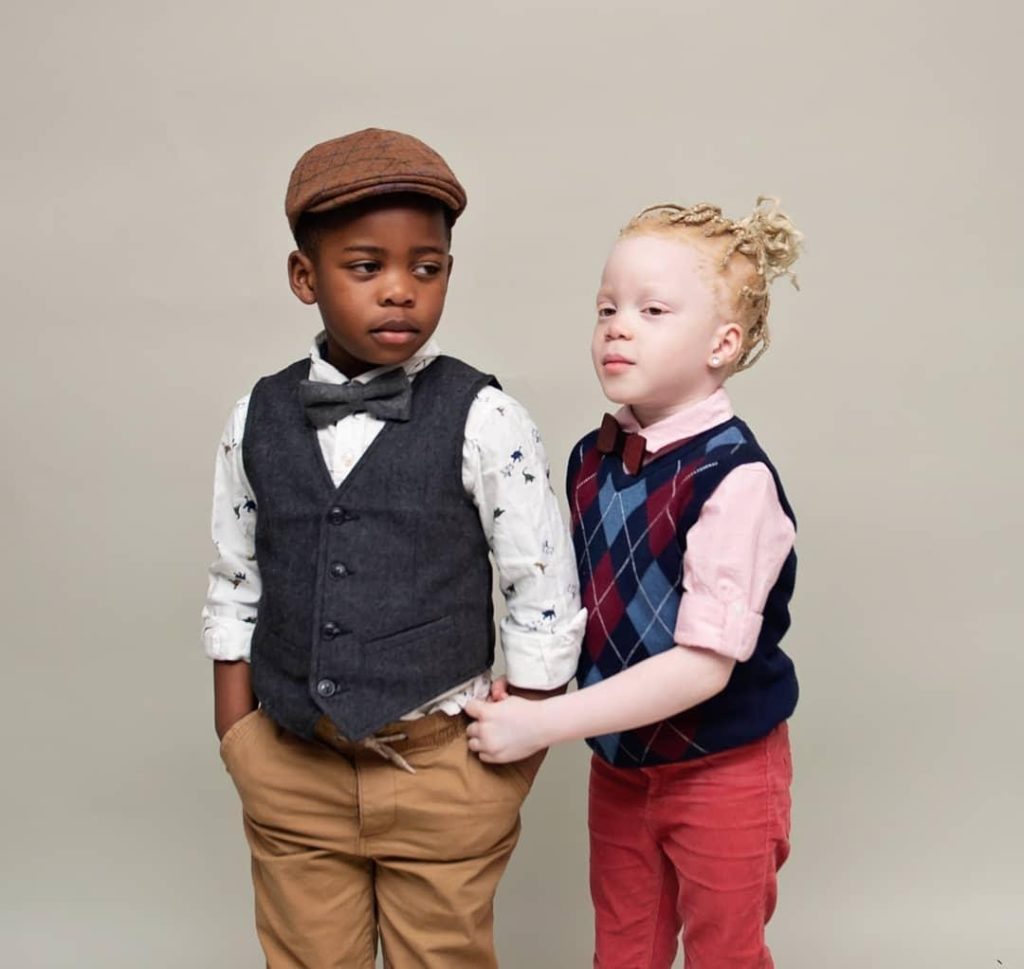 Judith was completely shocked that Kachi was born with albinism, especially since her family had no history of the disorder. She was also worried about her baby’s future and the ability to cope in a society with discrimination and even questioned God.

Her husband was also in denial about his baby’s condition which made them search for counseling. After Kachi turned one, Judith finally saw the beauty of the condition. The baby had gold hair, brown eyes, and pink lips. All of the worry and fear both parents had for their child were gone after seeing everyone admiring the girl. People would always swoon after seeing Kachi and she was always the center of positivity.

Kachi is a perfectly healthy girl aside from her sensitive eyesight and skin. She is growing up with an active personality and determination. As a professional photographer, Judith can capture the beauty of having such unique twins. Both Kachi and Kamsi are perfect in their way and both love each other.