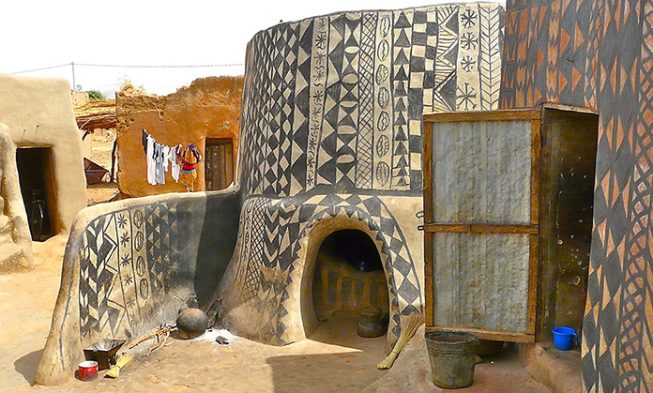 Tiébélé is an African village in Burkina Faso that’s nestled at the base of a hill, overlooking the Savannah. Settlers first came to the area in the 15th Century. 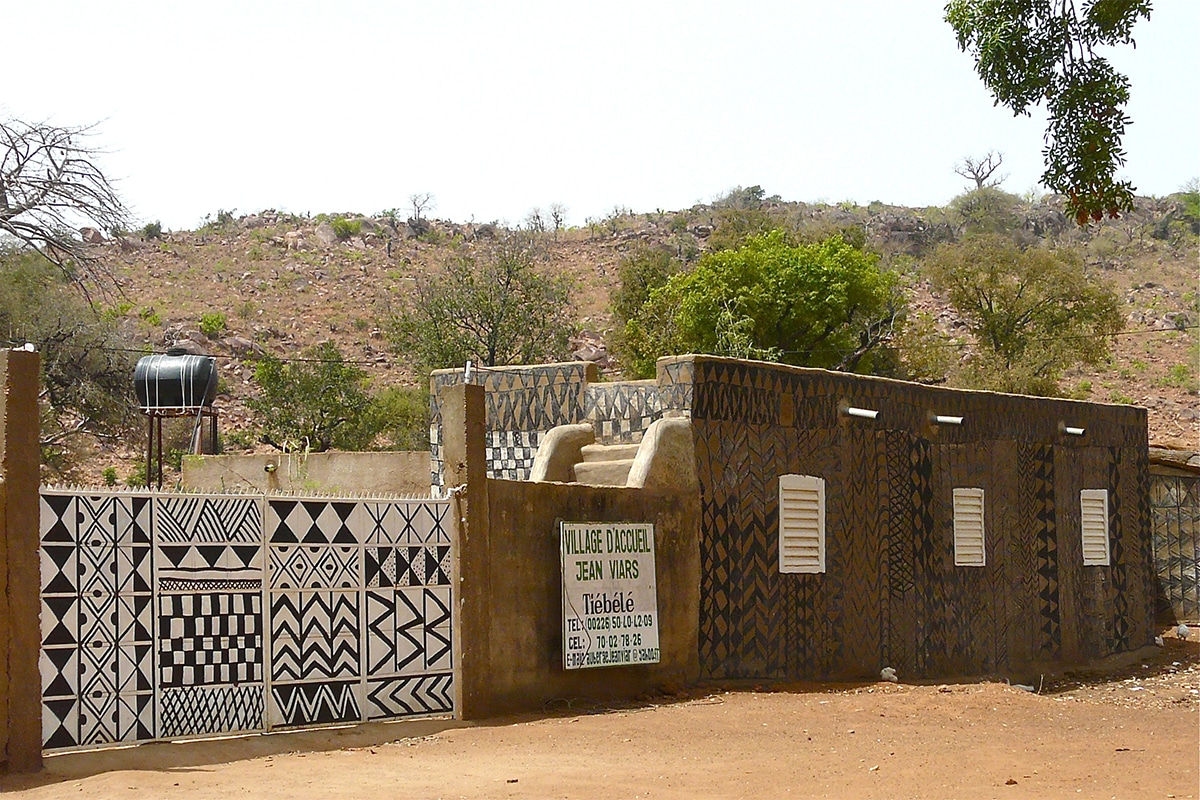 At the moment, inside the 1.2-hectare (2.9 acres) commune live the Kassena people, their chief, and the royal court. These people are one of the oldest ethnic groups in Burkina Faso. Before 2009, we did not have any information or visuals of the area in the village. 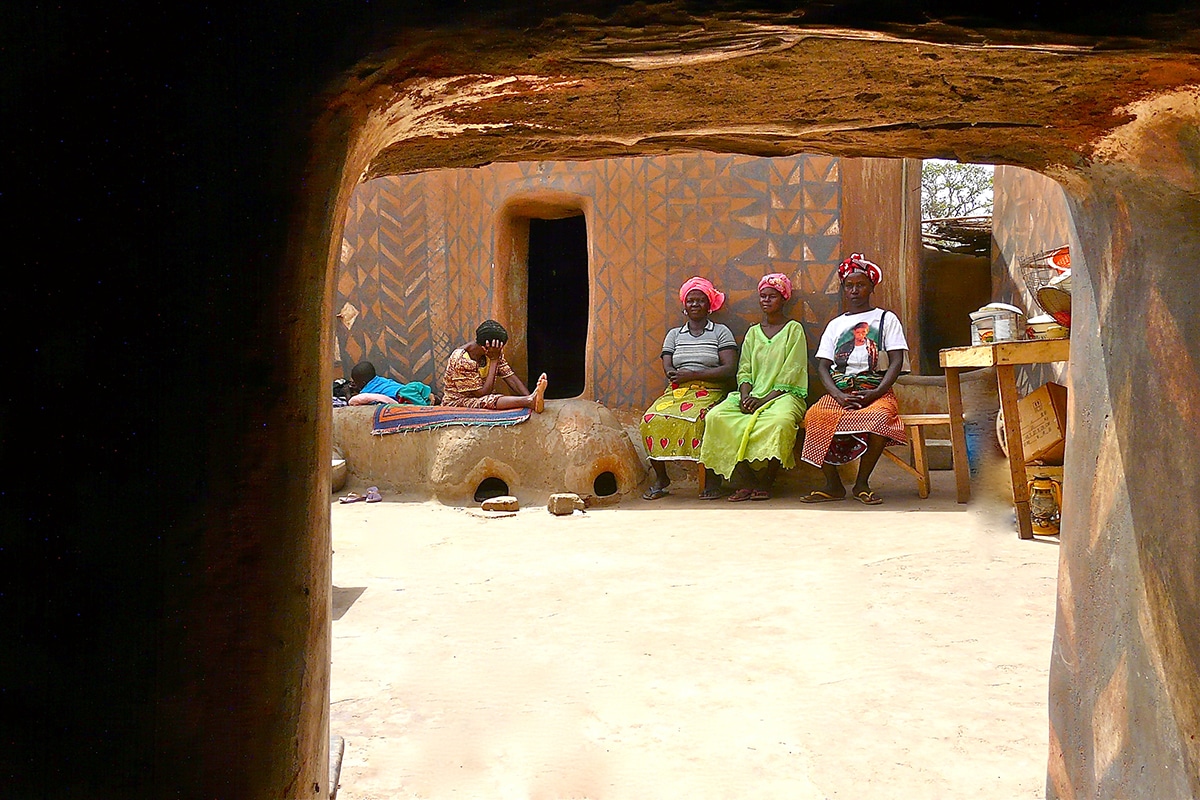 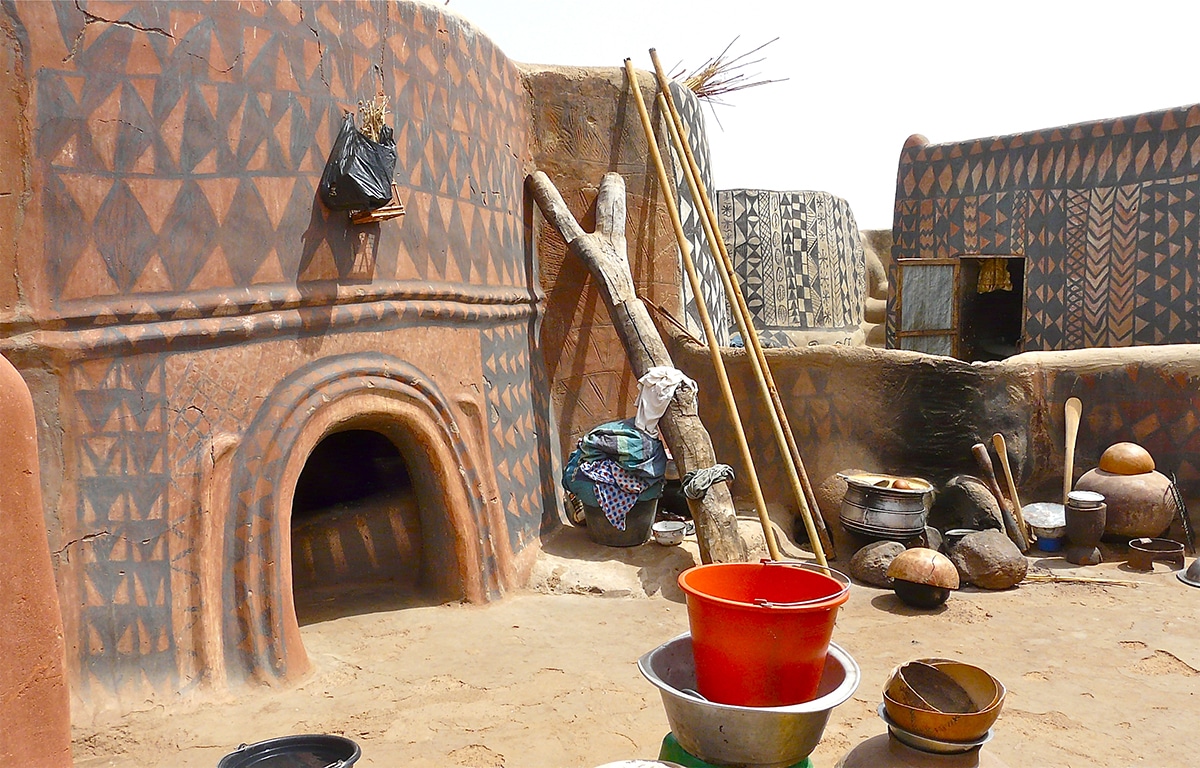 However, in 2009, a travel blogger called Olga Stavrakis and a photographer Rita Willaert were allowed to enter the isolated area. They were able to photograph the untouched and unique way of living in the village. 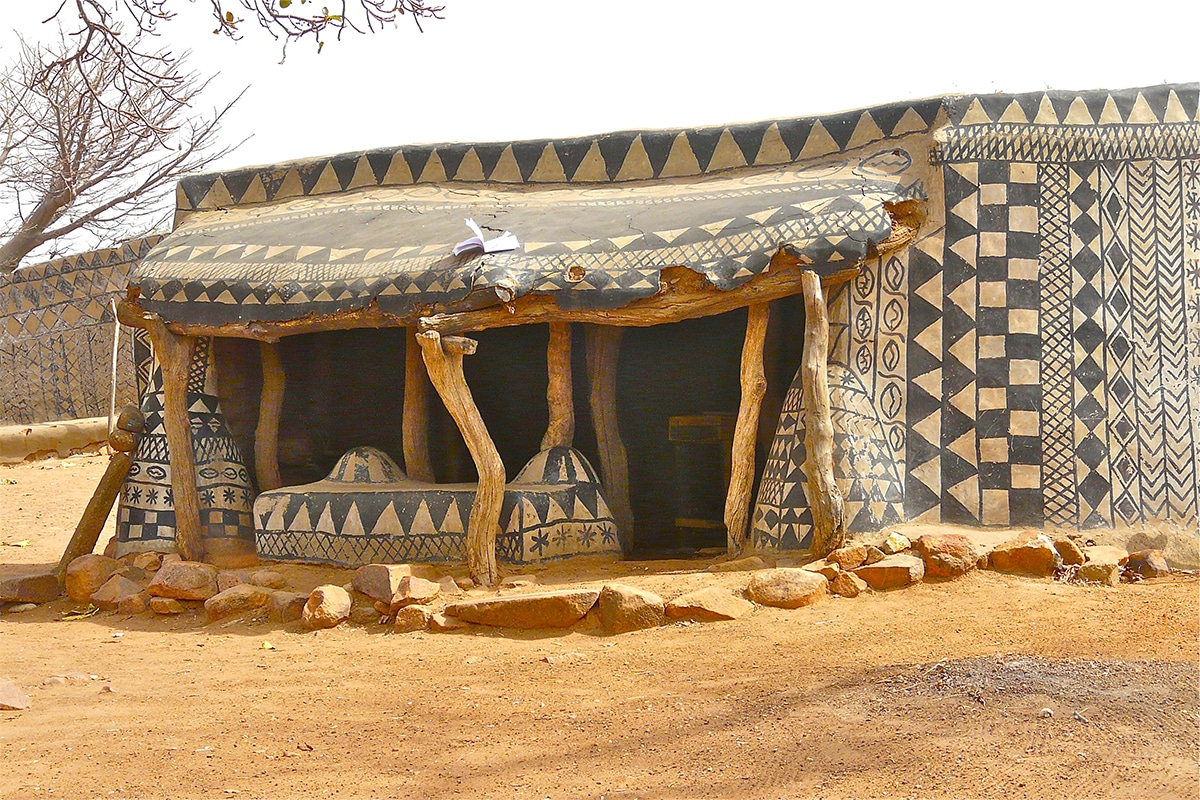 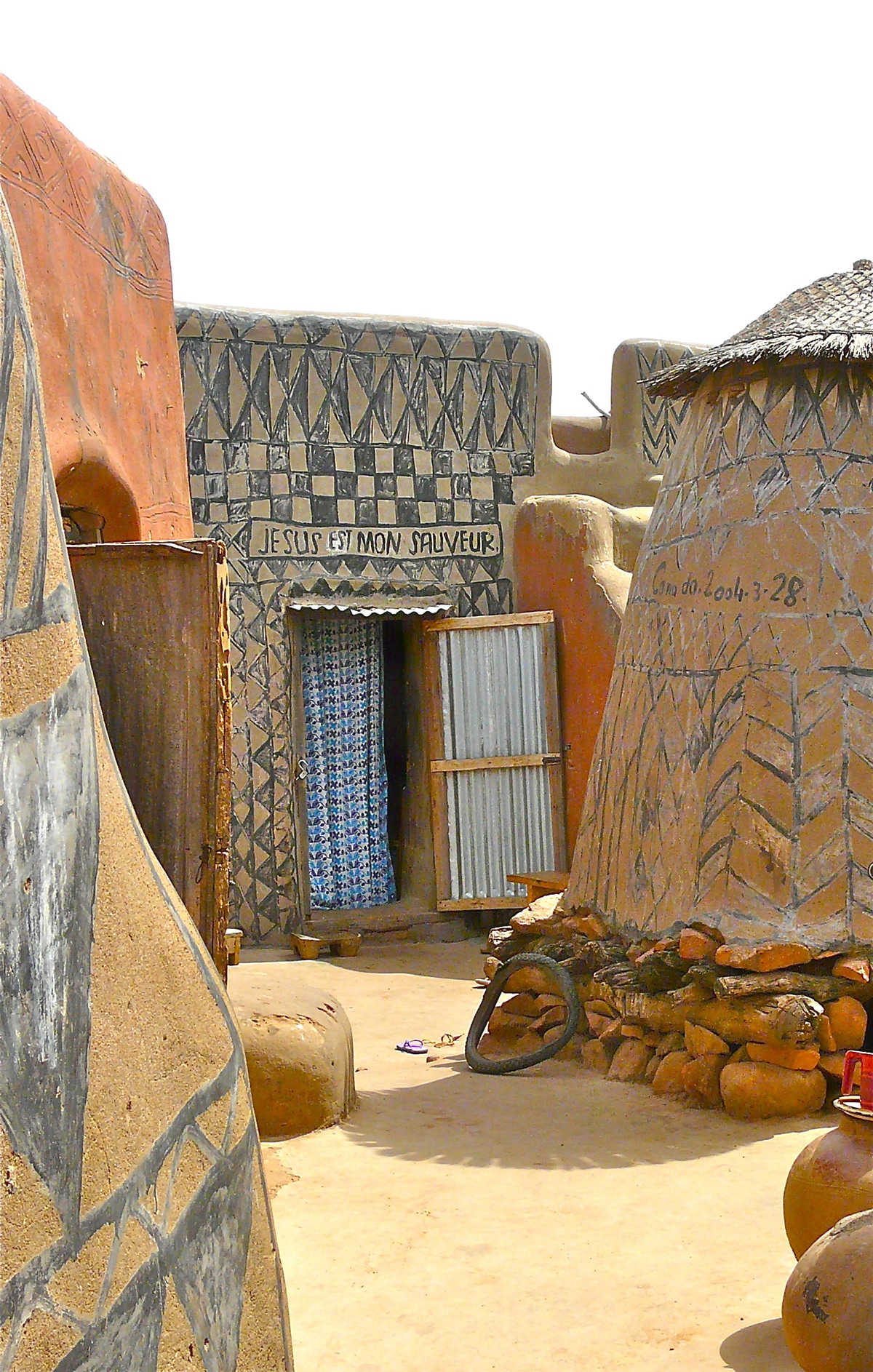 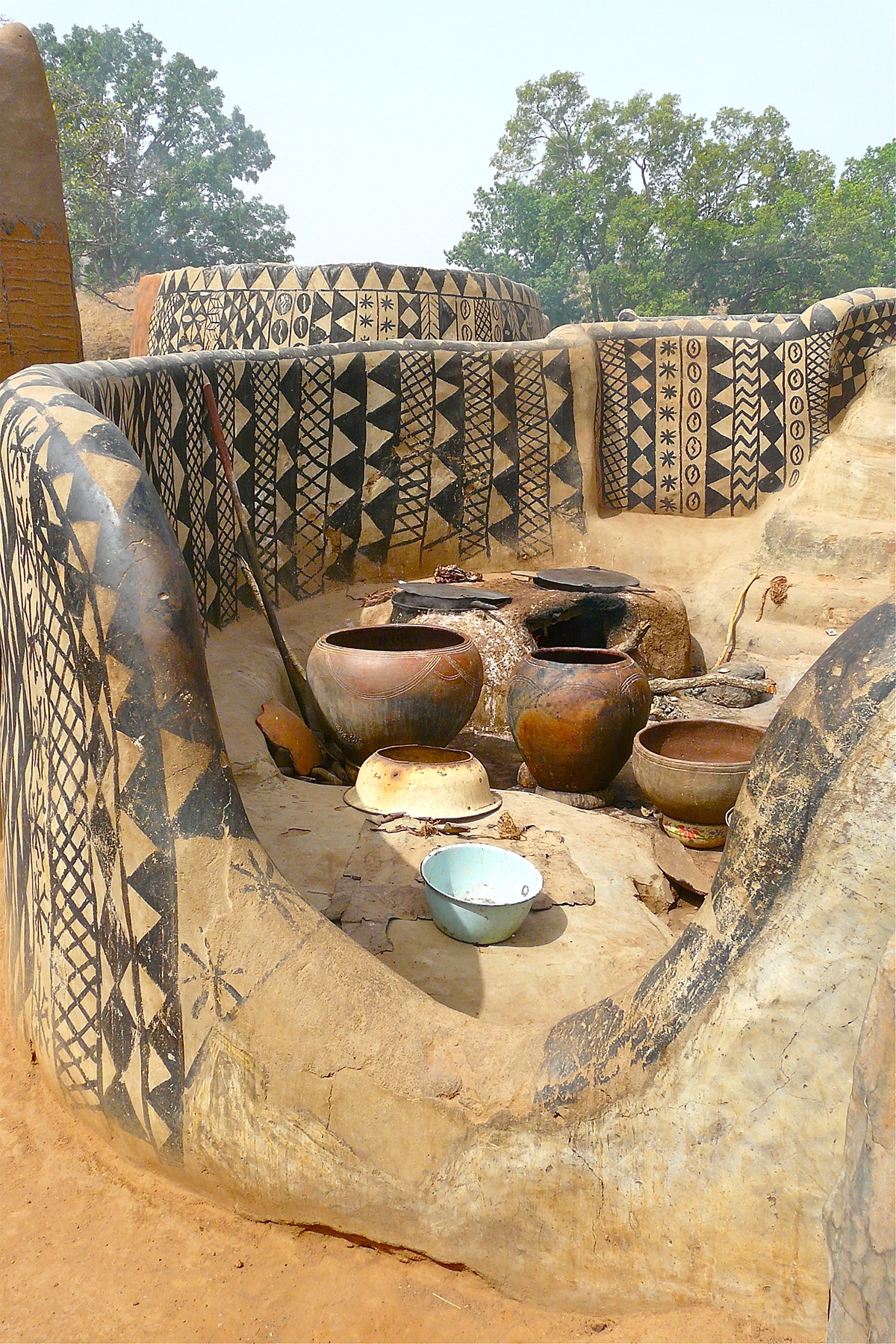 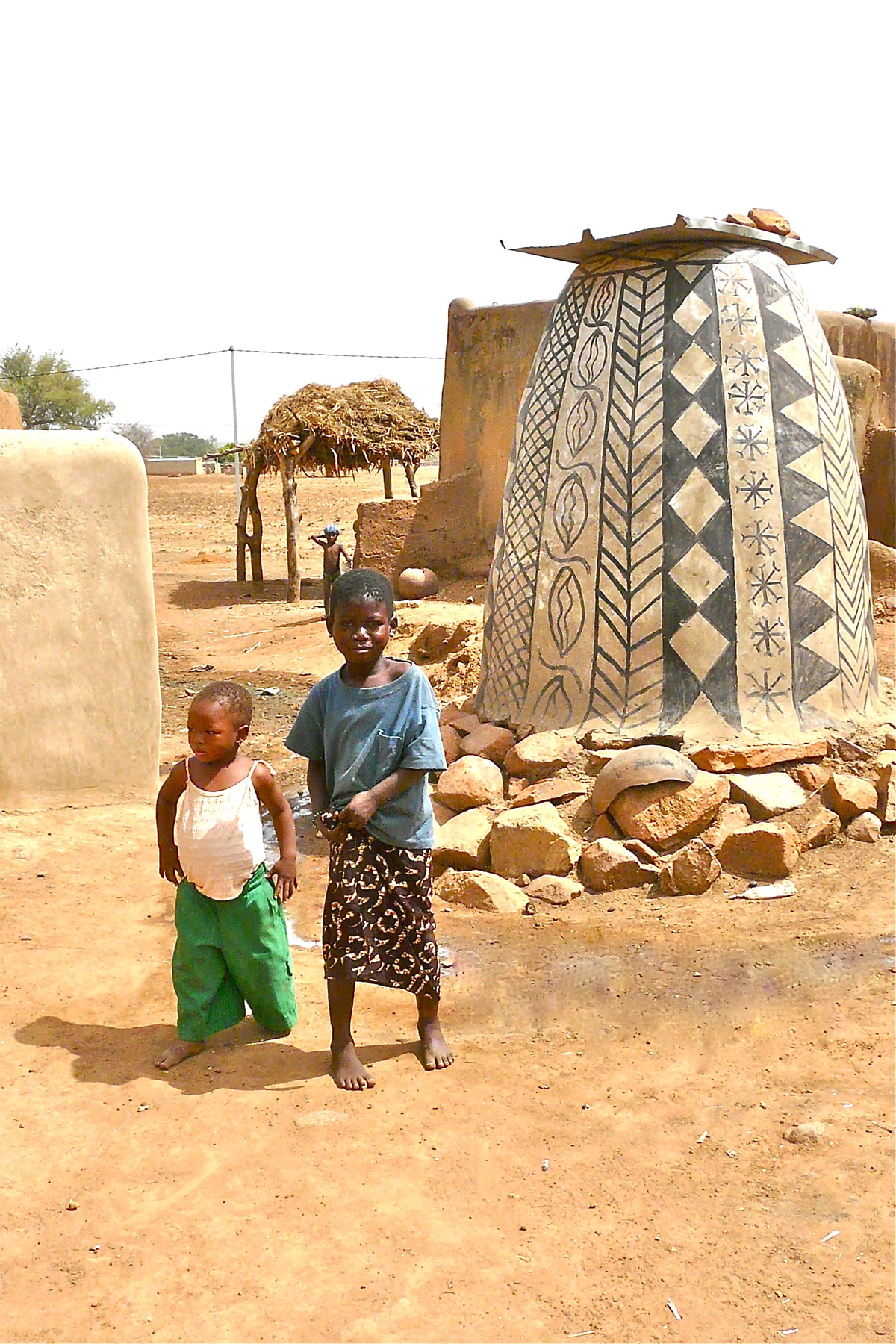 People in the village protected their traditions for centuries. Before Rita and Olga were allowed to enter the village, they were given a dress code not to wear anything red or carry an umbrella. The only people allowed in the village to do so were the chiefly noble family.

The Tiébélé royal residence is not very wealthy since it’s formed from a series of small, hand-painted, clay houses. The paints on the houses are various geometric patterns and symbols made from clay paints. Using the patterns, the indigenous people differentiate the royal houses from the ordinary ones. 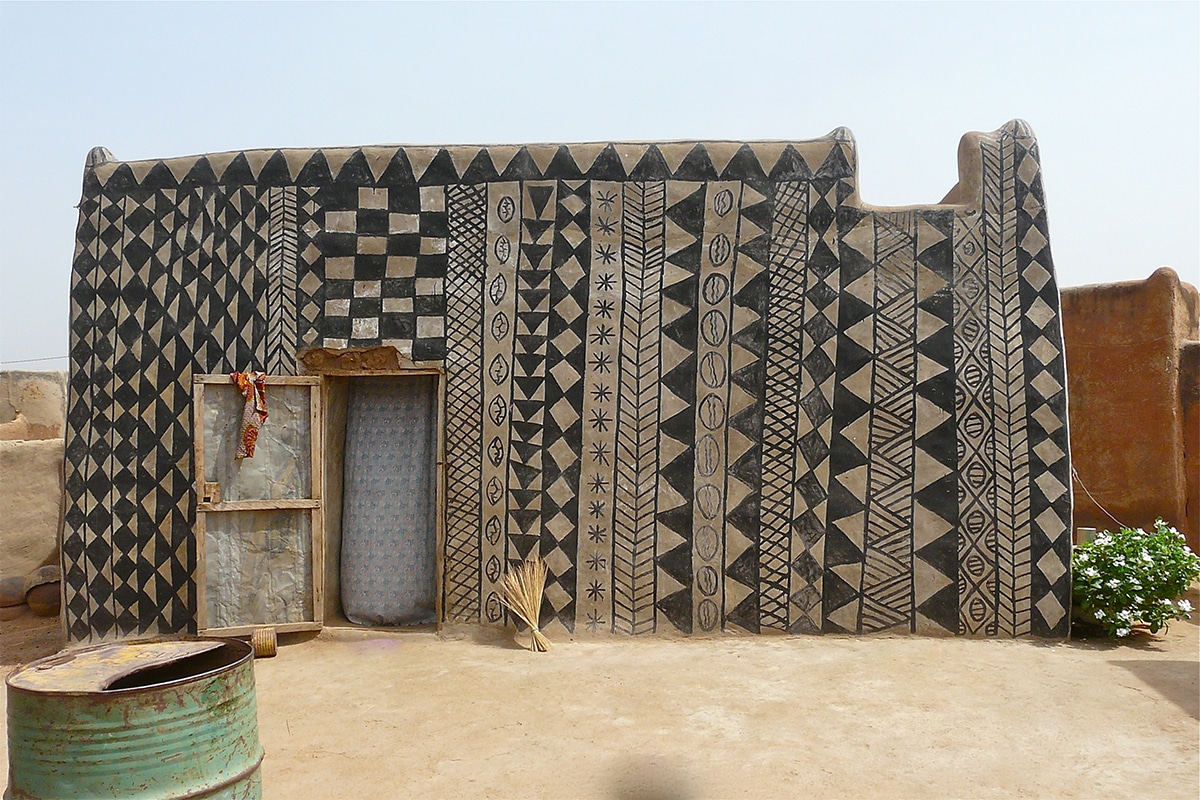 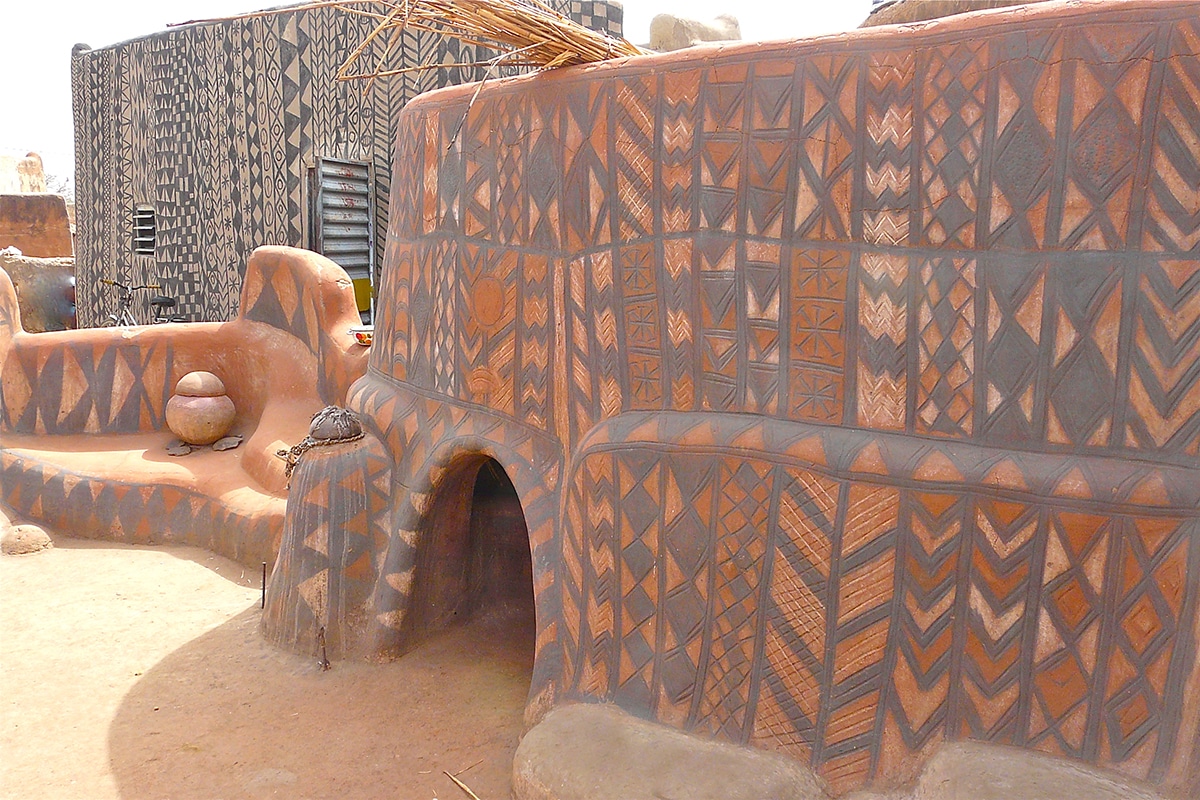 Another way to differentiate the houses is by their door sizes since the chief has the house with the smallest door. The reason why he has the smallest door is for protection. The most decorated structures in the village are mausoleums for the dead.

The royal clay houses contained kitchens made from just a few clay and iron pots whereas most meals were cooked in one pot over a brazier. The meals that the indigenous people ate are starch foofoo or thick paste-like porridge dipped into vegetable and pepper sauce. 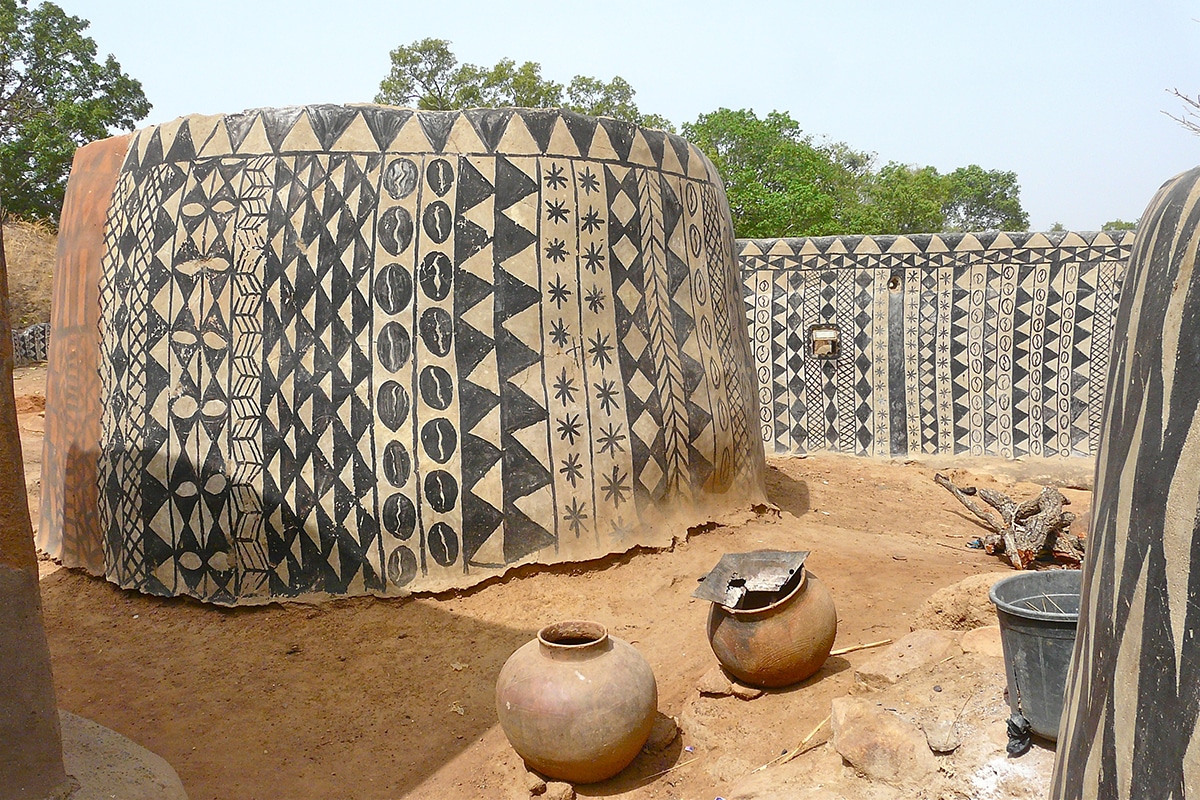 In 2006, the last pè, or community chief, passed away. Despite not having a chief to lead them, the community was able to preserve the Kassena culture and traditional skills with regular maintenance of the site. 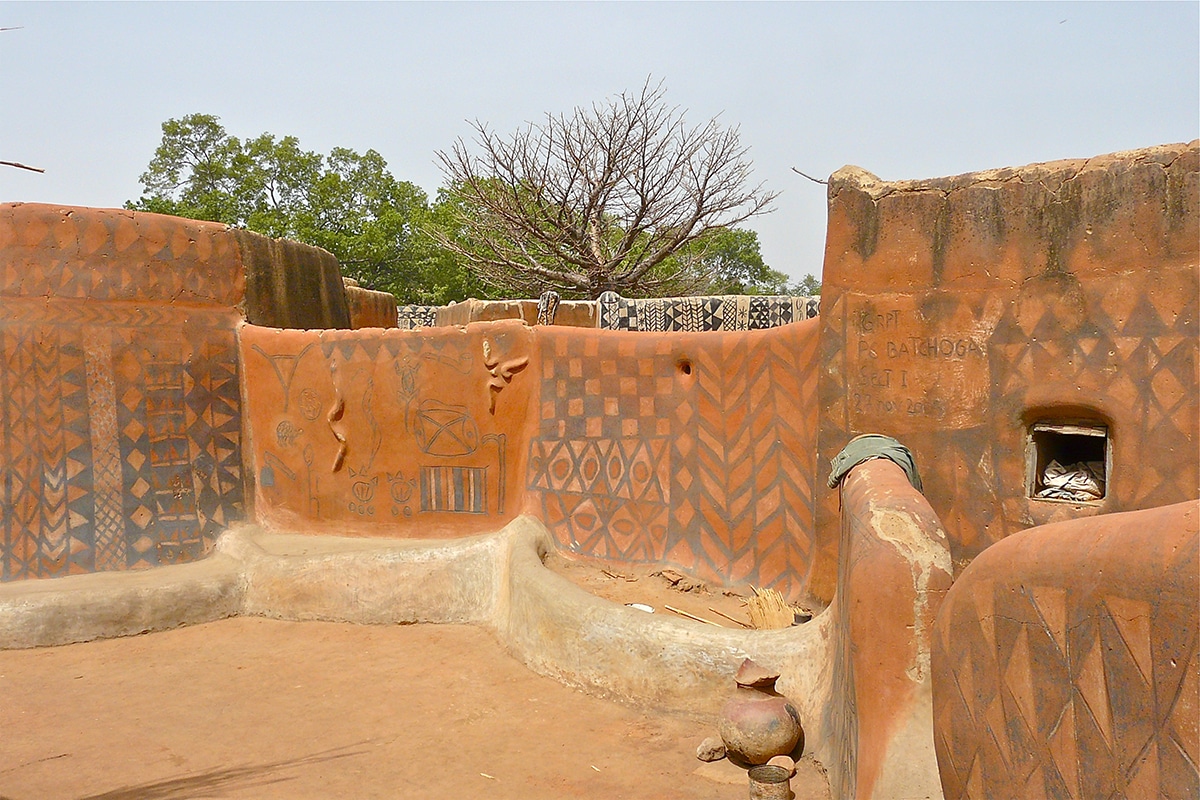 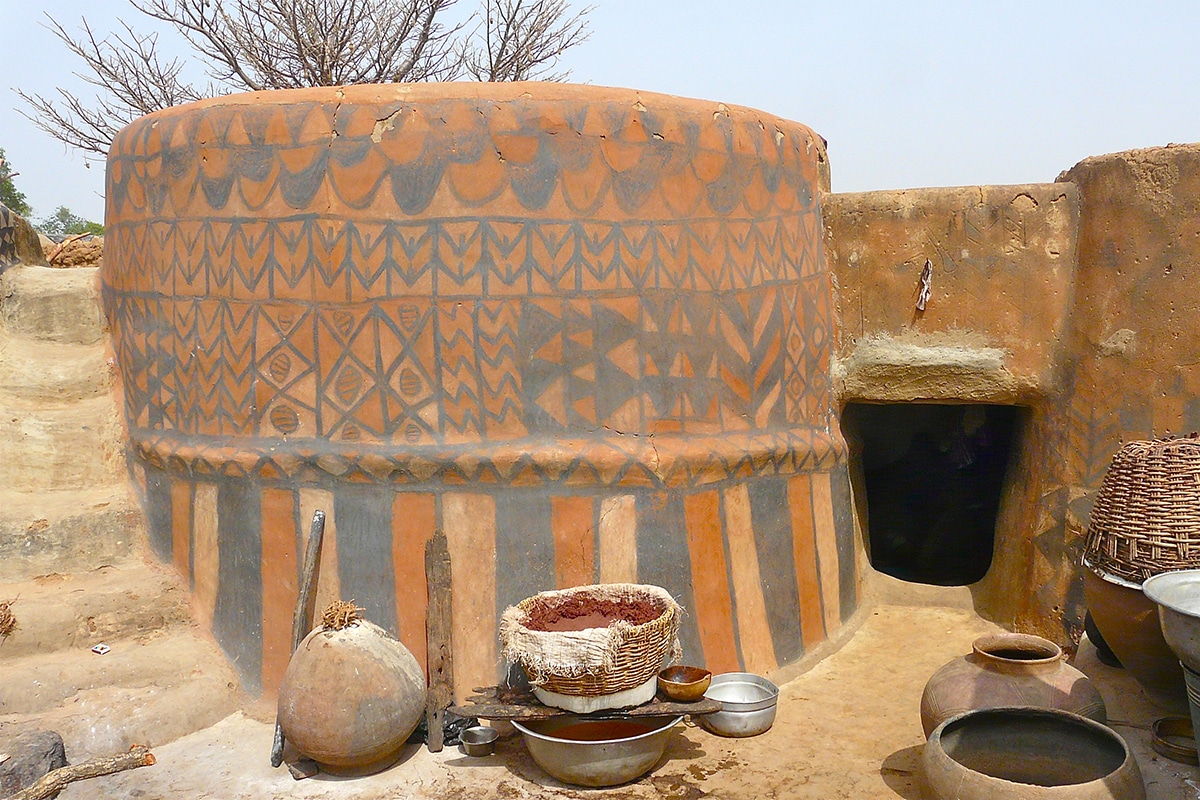 The reason why people wanted to develop the site for cultural tourism is to generate economic resources for its conservation. However, with visitors coming in, it’s hard to balance and protect the local culture and tradition.

In 2012, Tiébélé was included in the World Monuments Watch and local advocates were successful in raising funds for conservation at the Cour Royale de Tiébélé. 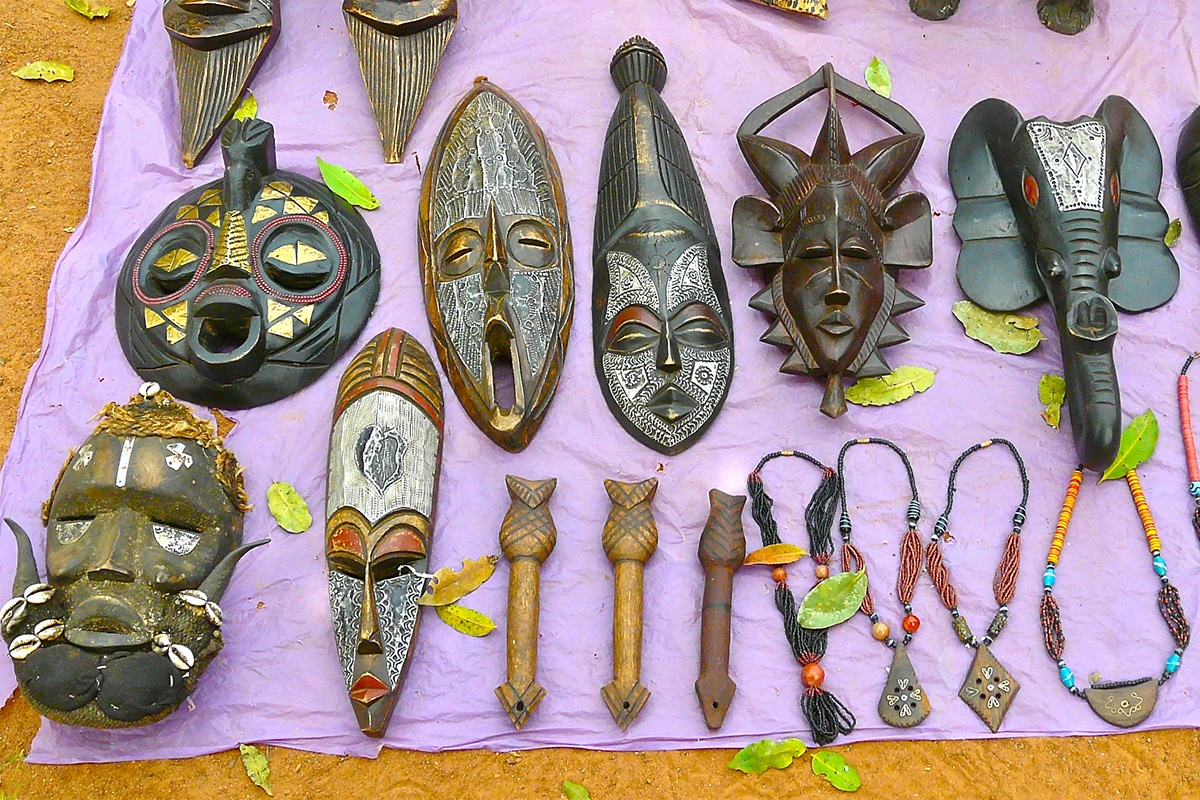 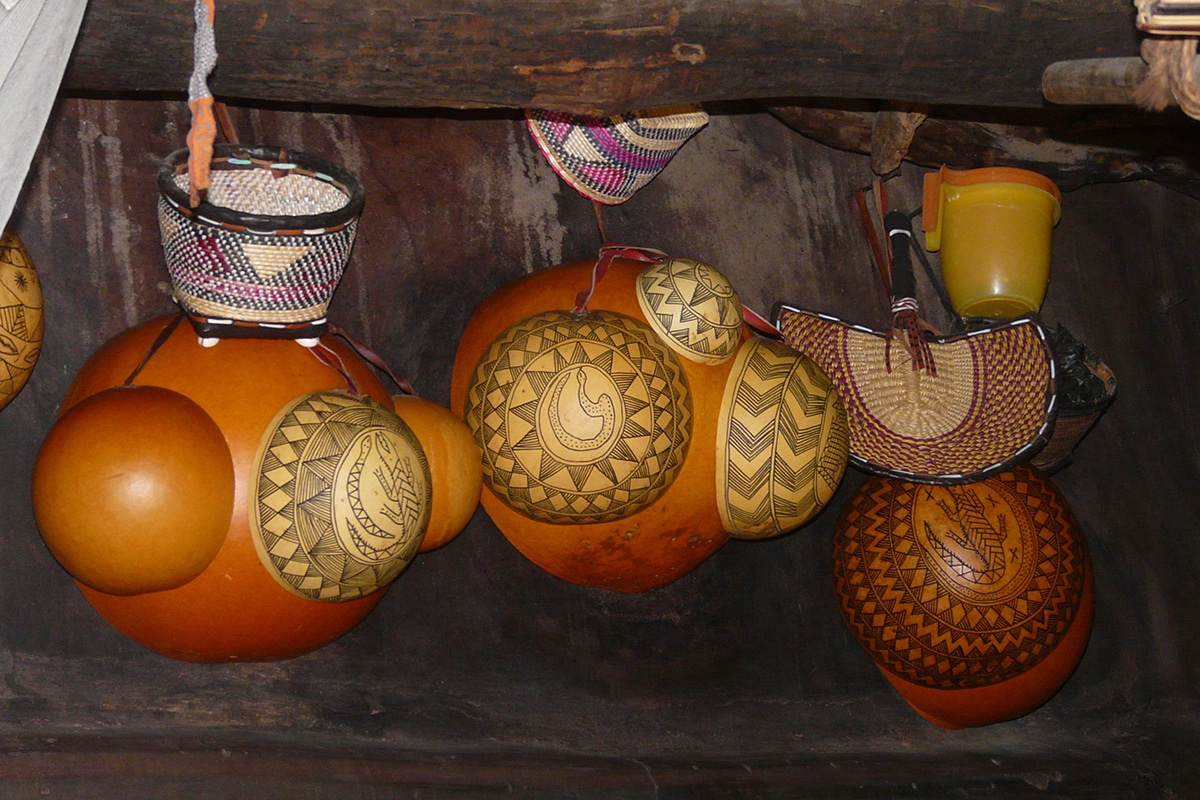