If you’re doing something throughout your life one way, it will be difficult to change the habit. However, with the pandemic at hand, people face the challenge to stop the spread of the coronavirus any way they can.

Hopefully, everyone washes their hands multiple times during a day. However, rarely do you see someone washing their hands for 20 to 30 seconds and do a full lather and scrub. This is what we all should be doing through this pandemic. Health officials are all advising it for us to do.

Kristen Bell has an interesting inspiration which will help your habit for washing your hands longer.

Bell made a series of photos on Instagram on Wednesday which she received from her mother. These photos showed her mother’s hands in different stages of cleanliness.

Using a cream called Glo-Germ (mineral oil that attaches to germs) and a UV light, she was able to capture how much dirt are on her hands. Even though the hands might seem clean to the naked eye, they contain lots of germs, especially if they haven’t been cleaned in some time.

Additionally, another photo was taken which was meant for viewing the difference between the 15-second wash and a 30-second wash.  Even after washing for 15 seconds, Bell’s mother still had some traces of bacteria on the wrinkles of her knuckles and fingers. However, the bacteria were removed after the 30-second wash.

The same experiment was made comparing washing your hands with soap or using hand sanitizer. 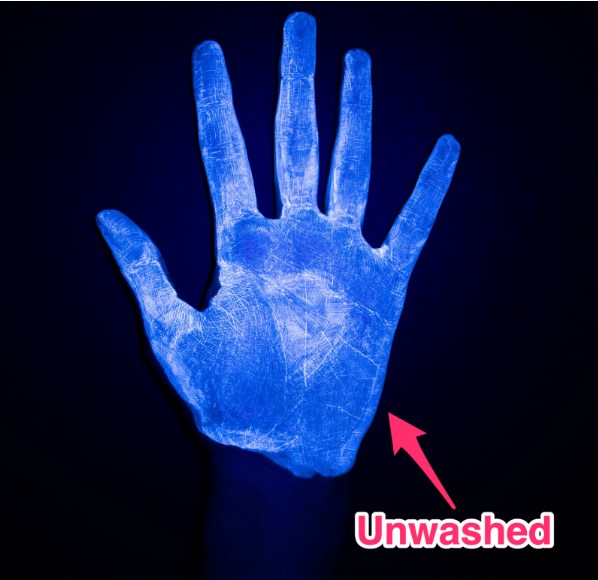 Even though hand sanitizer is effective, with the experiment you will see that it’s not as effective as washing hands. 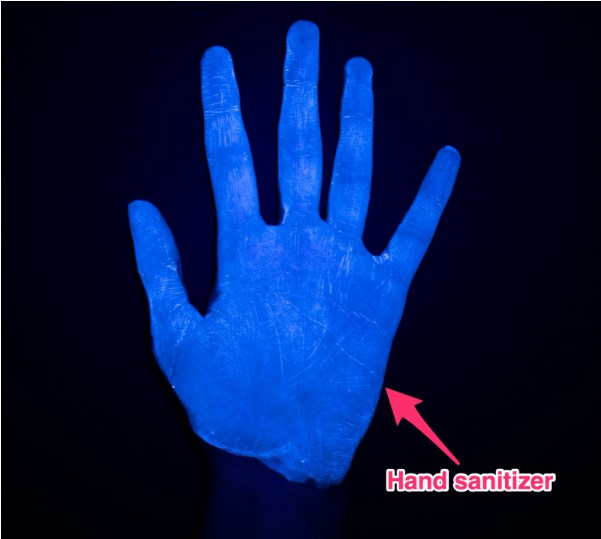 By putting Glo-Germ on the hands and using a UV light, photos were made of a dirty hand after someone going to the pharmacy. The person used cash, touched a keypad to type card numbers. As you can see from the first picture, the hands are completely dirty.

After, the person puts the right amount of Purell hand sanitizer which is about a teaspoon of it.

Most of the germs disappeared from the hand, however, it did not remove the bacteria completely. Instead, the hand sanitizer neutralized the bacteria, leaving it still on the hand. Later, these bacteria can resurge and do damage to the organism. 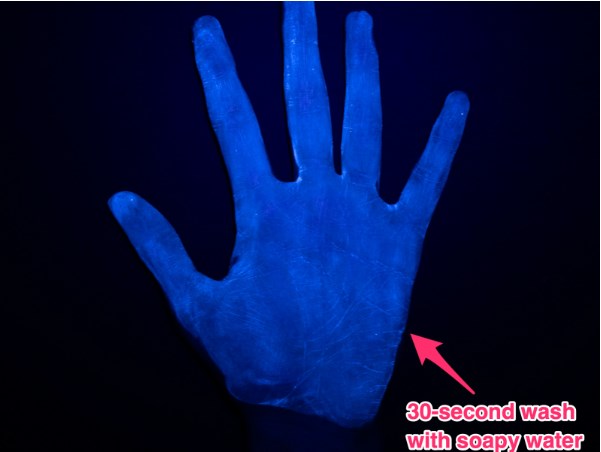 The last photo is the most remarkable one. After washing the hands for 20 seconds and rinsing them for 5-10 seconds, the hands show the fewest germs. They illuminate the least which shows that the Glo-Germ clings to the least amount of germs.

UK researchers have made an international study in 2014 where they found that 19% of people wash their hands with soap after touching or coming to contact with feces.

Health officials argue that people should turn those numbers around and wash their hands after taking a number 2. Researchers at MIT showed that an increase of hand-washing at 10 airports in the US can reduce COVID-19 by 60%.

Recent polls done by Insider Data showed that during the past month, there’s an increase in the percentage of people that wash their hands. However, there’s still a very significant gender gap. Out of 1,000 people that were surveyed 65% of women were washing and taking care of their hands compared to 52% of men.

An interesting way to wash your hands for at least 30 seconds is to start singing a song either in your head or out loud.

One classic song to sing is “Happy Birthday”. Other songs that you can sing “Jolene” and “Raspberry Beret”.

Make sure after singing the song you take some time to dry your hands since there are germs that can flourish in moisture.