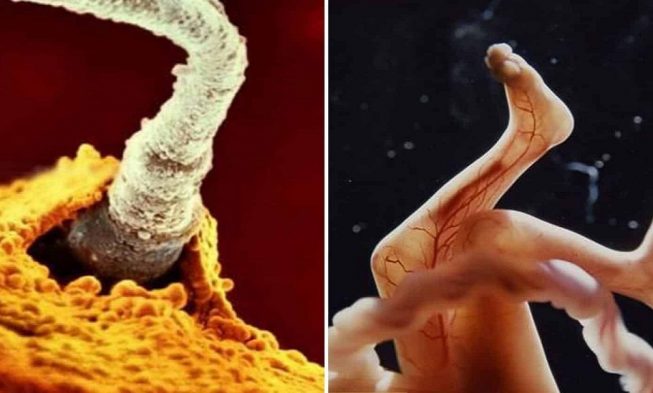 Many people correlate child development with something that begins during infancy, when in fact, prenatal period is also known as a significant part of the development process.

Prenatal development refers to the period of change which helps setting the stage for future psychological development. It means that this is the time when the brain starts its development and after that, it continues through various more changes in the early stages of childhood.

This process is characterized by three main stages. The first stage, known as “germinal stage”, consists of the first two weeks after conception. The period from the third week through the eights week is known as embryonic period. And the fatal period, which is the last one, is the time from the ninth week until birth.

Nowadays, there are photos which are available for people who are interested in peeking into the actual miracle of life in its early stages. It started in 1957, when a Swedish photographer, called Lennart Nilsson (1922-2017) took black and white photos which captured these moments.

Anyways, those photos were really unclear, and therefore not good for publishing. However, this photographer was really into his passion, which was a combination of passion for science as well as passion for photography, and he decided to take the photos again in 1965. This time, they came up pretty clear and LIFE magazine eventually published them.

These photos were clearly showing the process of how life actually begins.

The issue of this magazine was a huge success and the company was left out without any copies in just a few days. Nillson titled the essay “Drama of Life Before Birth” and the photos below present the chaos and fragility of conception.

Once the photos aired, they started a debate about the actual way life begins, and many antiabortion activists expressed their support, regarding this cause.

Here are some photos featuring the miracle of life in its early stage and we truly hope you’ll enjoy them!

SEVERAL STAGES OF BABY DEVELOPMENT BEFORE BIRTH HAVE BEEN CAPTURED IN THESE FEW PHOTOS:

1.    SPERM FROM THE MALE, MOVING TOWARDS THE EGG

As you already know, the female ovulates only one mature egg from one of her ovaries. That egg leaves the so-called ovarian follicle and is captured in the end of the Fallopian tube. And here it will begin to move step by step down the tube and towards the womb. This picture shows how the sperm from the male is moving towards the egg which is still in the Fallopian tube. Without the process shown in their picture, it would not be possible for the pregnancy to develop. 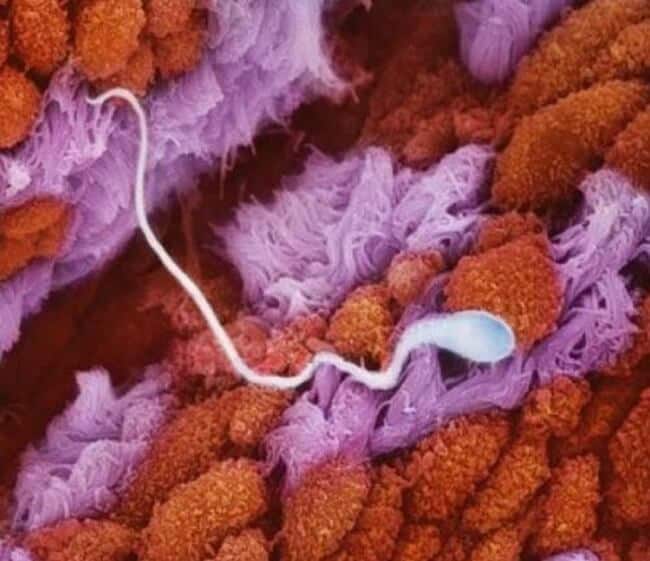 2.      SPERMATOZOON’S SWIM TOWARD THE EGG CONTINUES

This picture presents the one mature egg that the female ovulates from one of her ovaries. Therefore, this is the egg that the sperm from the male will fuse with. 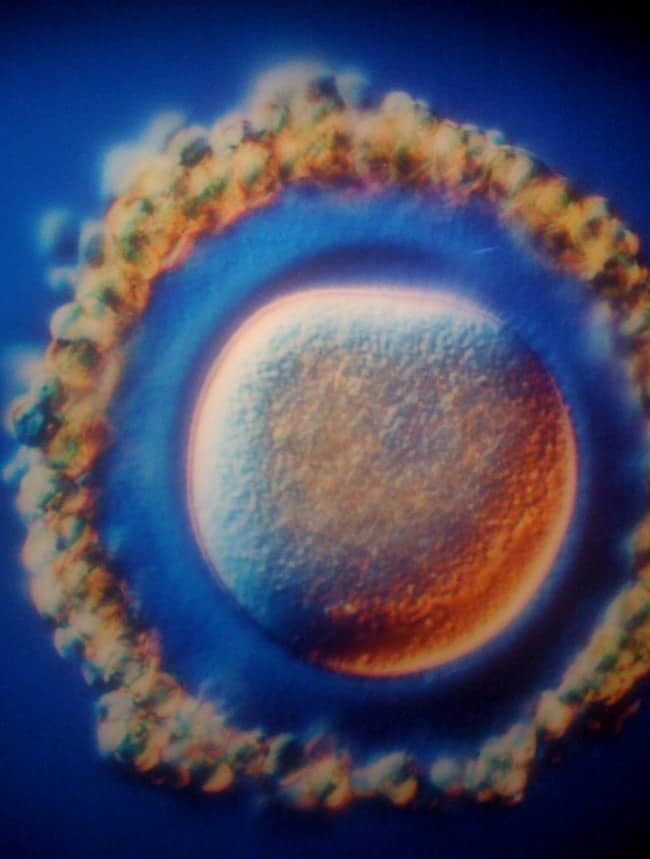 This picture captures the moment where life actually begins. What is shown here is the sperm that is about to collide with the egg. 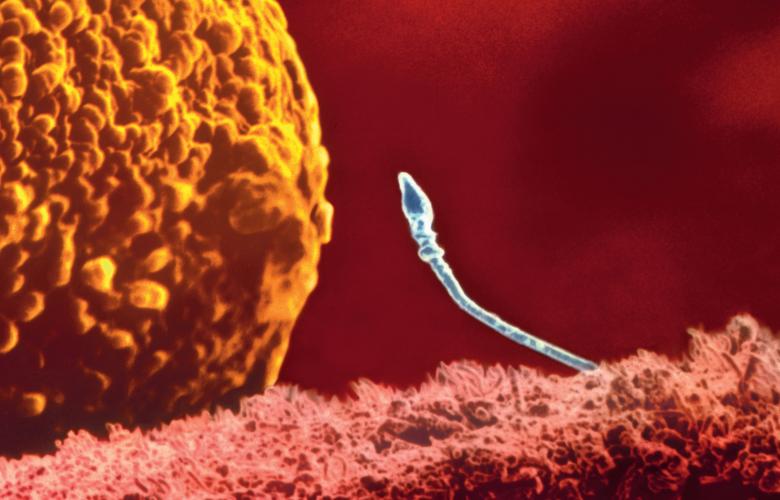 How it looks like when the lucky sperm finally made it to the egg. 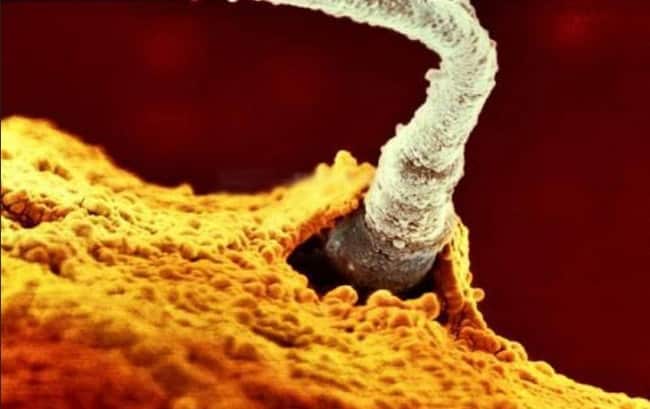 5.    THIS IS A CLOSEUP SHOT OF A SPERMATOZOON

All the DNA needed to combine with the egg, so as to form the baby’s genetic makeup are a consistent part of the head. 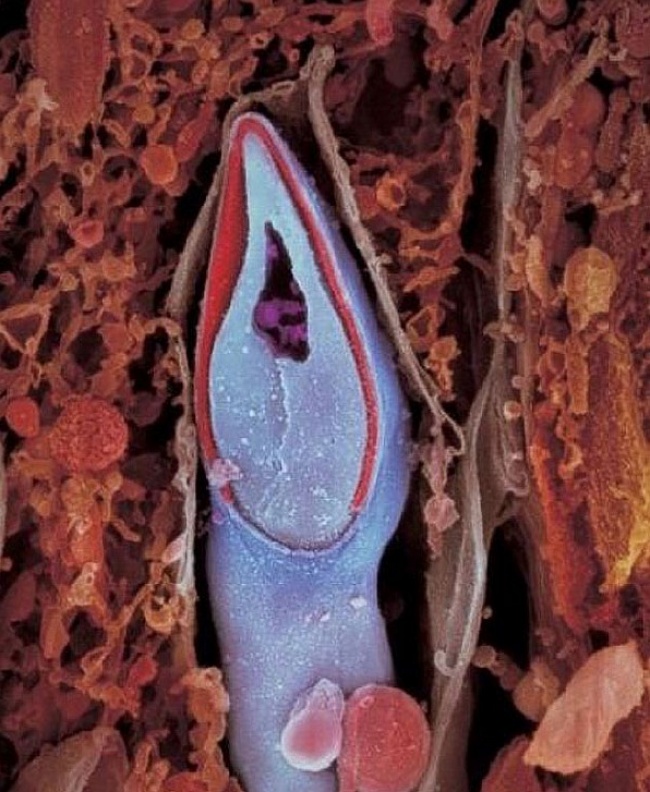 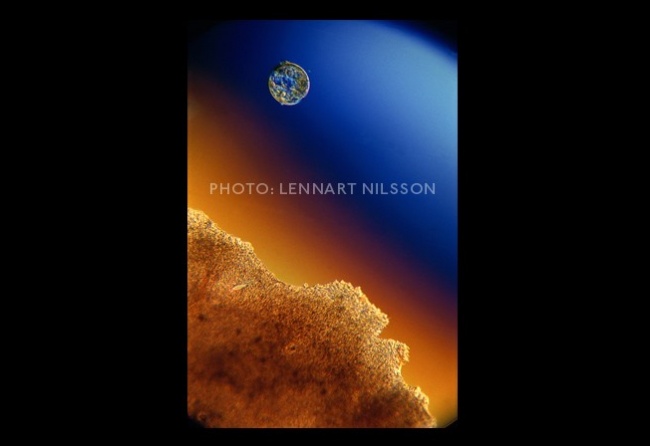 This is how it looks like when the embryo is attached to the wall of the womb. 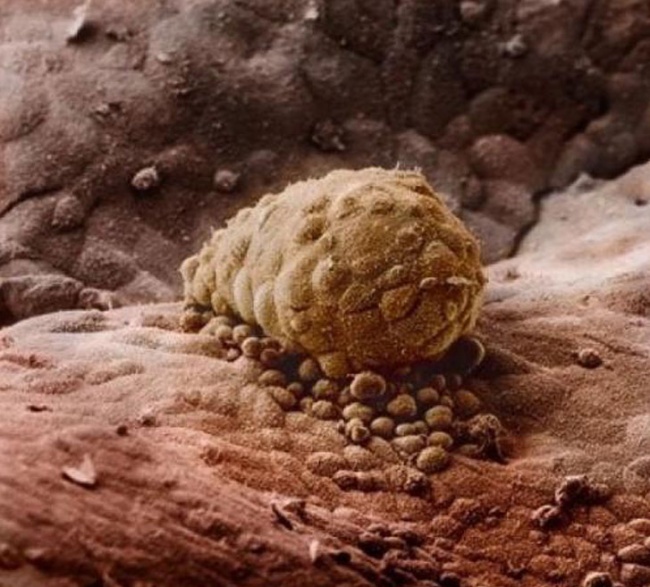 On the 18th day, after the baby was conceived, its tiny heart’s beats start. 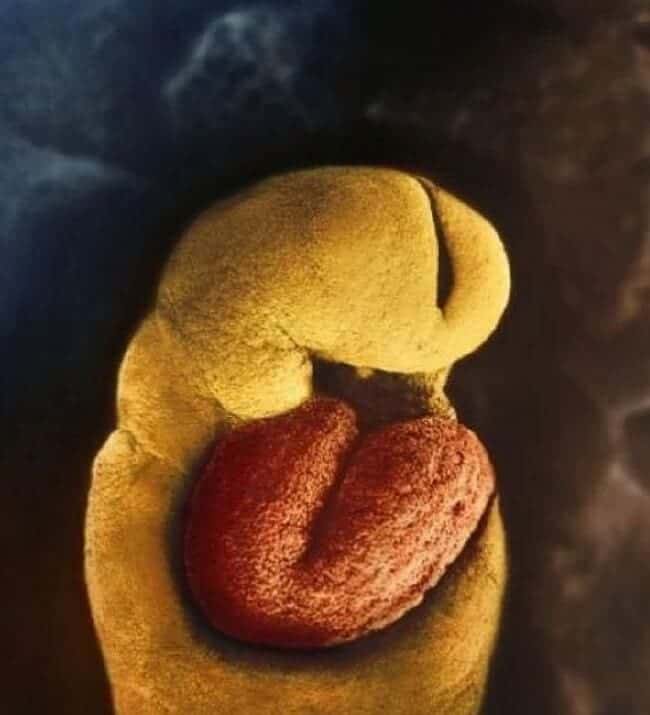 This picture features what happens in the womb 28 days after the conception. 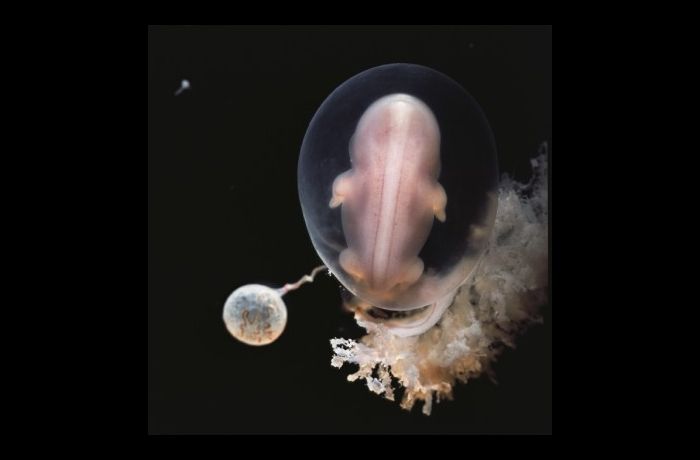 10.  THE DEVELOPMENT OF THE FACIAL FEATURES 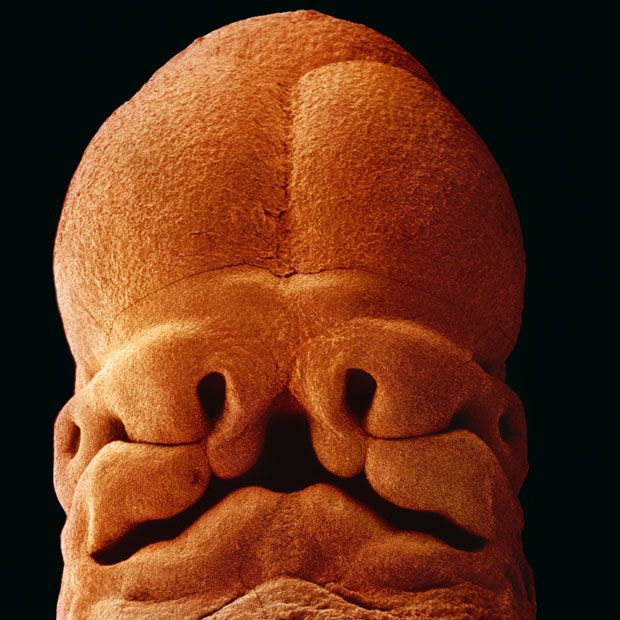 Crevices in the face developing can be seen after 5 weeks.

11.  THE DEVELOPMENT OF THE EMBRYO CONTINUES

This picture presents the actual look of an eight-week-old embryo. If you look at it closely enough, you can see that it appears to look like an alien at the point of development, doesn’t it? 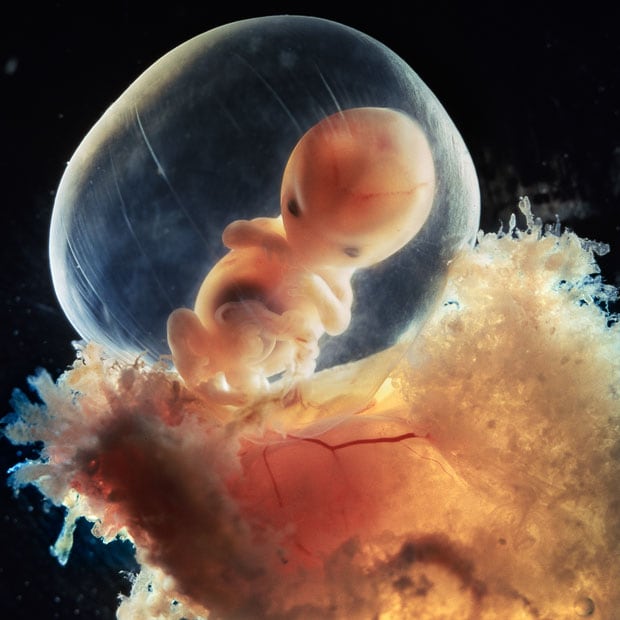 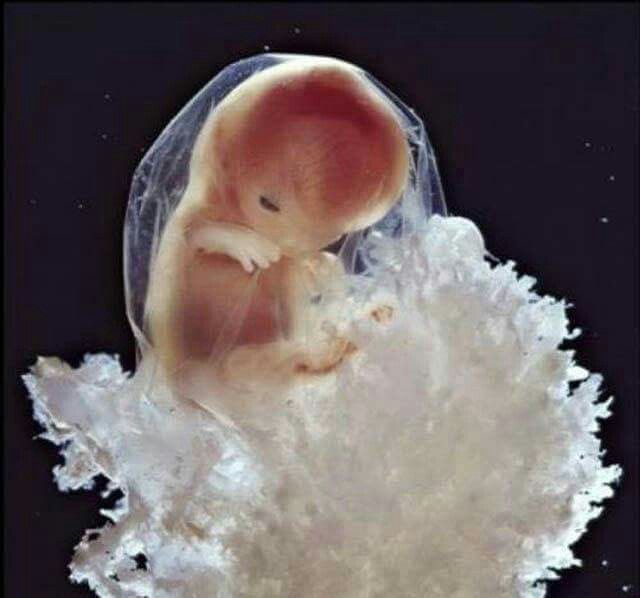 It is known that the fetus uses the fingers as a means to understand its environment in the womb.

In this picture he perfectly captured the moment when you can clearly see the blood vessels under the baby’s skin. 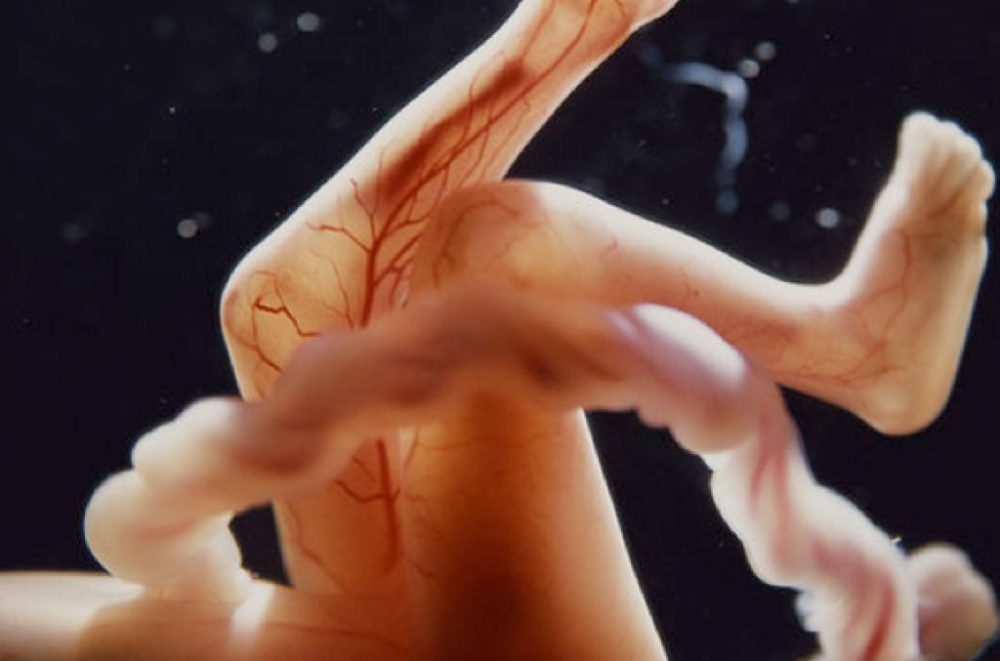 After 18 weeks, spent adapting to the womb, the fetus starts to recognize sounds, coming from the outside world. 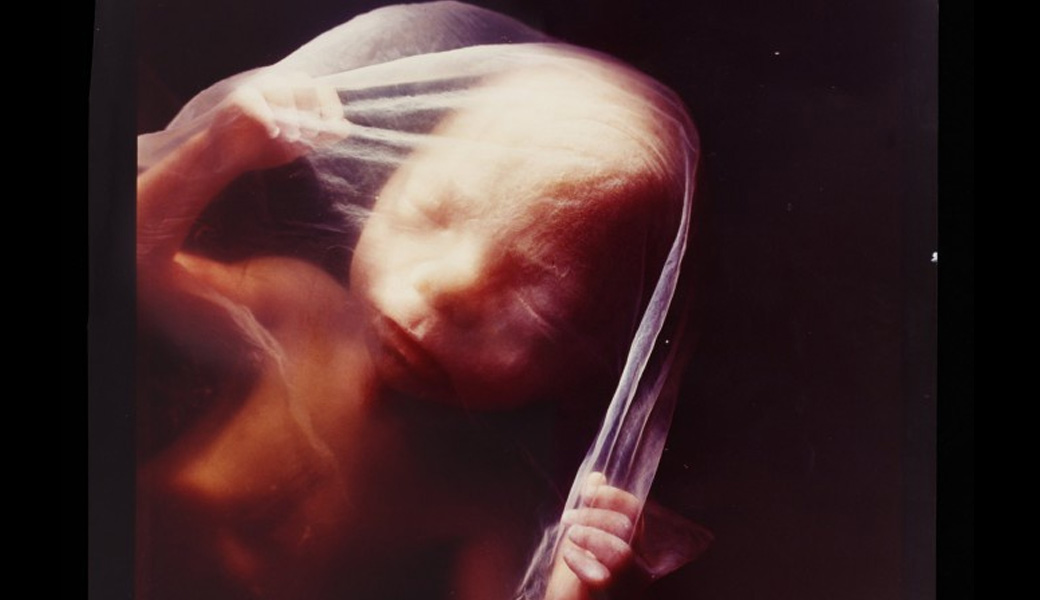 After a period of 20 weeks, the baby is about 20 cm. and it starts developing certain things, like hair or maybe even an entire head. 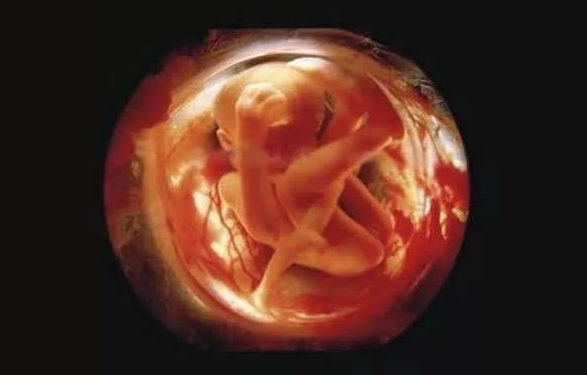 This picture is brilliant. Baby’s environment has been his mother’s womb for almost 7 month now. There are only to more to go!

All of these pictures are just amazing. They remind us to cherish the humans and other animal because the process of being born and becoming part of the plant is not an easy one. Not at all! It may be one of the most precious and sacred processes that exist there on the planet.