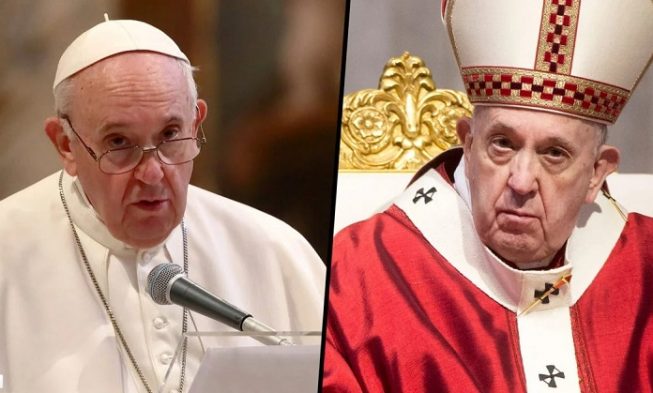 The Pope, supports same-sex civil unions, and in the documentary pointed out that homosexual people are “children of God” and they have the right to be in the family.

The film, in which his approval was shot under the name Francesco, premiered at the Rome Film Festival.

The film shows details about Francis, what he cares about the most, such as the environment, racial inequality, poverty, migration, income, and the people most affected by discrimination.

He believes that the least that must be provided is the law on the civil union, which will enable them to be legally covered.

It is known that ten years ago, while he was Archbishop of Buenos Aires, Francis himself opposed the legislation approving same-sex marriages in Argentina, but even at that time, he supported some kind of legal protection of the rights of homosexual couples.

At this point, the Pope’s statements come as a shock to millions of Roman Catholics, who believed that homosexual relations were sinful and accepted the Church’s position against the global progress of homosexual rights.

According to the Catholic Church, homosexual tendencies are not sinful, but this is not the case with homosexual acts.

Many of Francis’ predecessors, such as Benedict XVI and John Paul II. have condemned same-sex marriage during their papal tenure, so Pope Francis ’current clear and public support for same-sex civil communities marks a new phase in the church’s relationship with LGBTQ people, as confirmed in the book “Building a Bridge,” written by Father James Martin. Such an attitude of supporting the legal recognition of any kind of same-sex community aroused the interest of the Conservatives, who asked for clarification, adding that it was contrary to church doctrine.

Many individuals, organizations, and institutions are involved in the fight against discrimination of people because of their loved ones, and this is clearly stated in the UN positions expressed by UN spokesperson Stephane Dujarric.

The Pope is known in his early papacy for his saying “Who am I to judge?” about homosexuals, when he was supposed to comment on Andrei Ruberi, a homosexual who adopted three children with his partner.

Rubera, going to the morning Mass, which the Pope held at his residence in the Vatican, gave him a letter explaining his situation. Their intention with his partner was to raise the children as Catholics in the local parish, not wanting to inflict any trauma on the children. After a few days, the pope telephoned

Rubera, telling him he thought the letter was “nice” and inviting the couple to introduce their children to the parish. At the same time, the pope warned them that they might encounter opposition. However, the pope’s message and his advice were really useful because Rubera and his partner did exactly what he told them, and it is the third year that their adopted children are on a spiritual path in the parish.

LGBTQ Catholics applauded Pope Francis’ message with gratitude, immediately after his statement was made public.

According to Francis DeBernardo, executive director of the New Ways Ministry (a Catholic ministry focused on LGBTQ), this is a historic moment for the leader of the Roman Catholic Church, long seen as a persecutor of LGBTQ people. At the forefront is a positive approach towards lesbian/gay couples and their families.

For DeBernardo, the Pope’s support for the legal protection of same-sex couples arouses immense optimism. He points out that this cannot change the past but it will have a big impact on their future.

DeBernardo sees the undisputed power that the pope’s words have on the church atmosphere, politics, and pastoral practice. He witnessed the actions of the last two popes, John Paul II and Benedict XVI, who too often wounded members of the LGBT community, and worse, the pope’s words often encouraged political leaders and bullies to socially and physically harm LGBT + people. ‘

Many celebrities have also been applauded on social media for the Pope’s endorsement, including Ellen DeGeneres, the founder of the American Arab Institute, James J. Zogby, and the author Jill Filipovic,