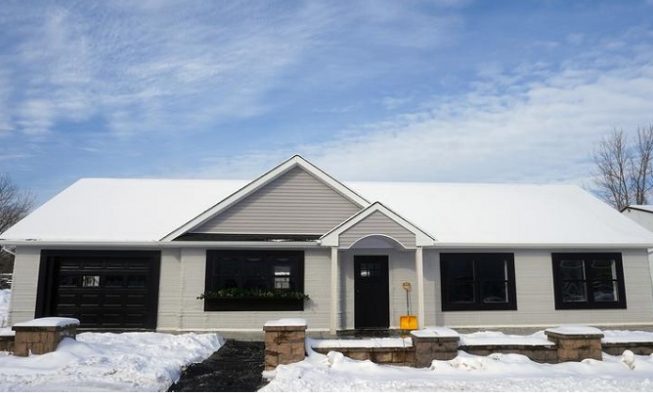 We usually associate the process of building a home with a lot of work that goes with it.

Building a home means using a lot of materials, different machines and certainly it involves many people. Considering all these things, it is pretty clear why building a house can be really expensive.

However, there’s a construction firm that is trying to challenge that traditional concept. SQ4D is the name of the firm which is placed in Calverton, New York and uses the concept of 3D printing of the foundations of a home.

They use a 3D printer that creates the footings, foundation and slab, and the walls too. And the best thing about it, is that it takes only 48 hours to complete it. All in all, it takes like 8 days to complete the entire process, including building up the rest of the house. That’s pretty amazing! And what is more, is that apparently it’s like 30% cheaper than building a home of that size, using the traditional methods.

The creators’ comments on the demo version of the house

The creators made the house as a demo, but it has since been listed on property site Zillow for a price of $299,000. With this project, SW4D has shown the public and the industry what was possible.

The house will cover 1,400 square feet, which is like 130 square meters. And that includes a detached garage too. Kirk Anderson, the director of operations for SW4D said that they instruct the machines to go around and follow their floor plan each pass as they go by. The technology they used is known as ARCS patented technology.

It is known for its ability to build foundations robotically, as well as walls, utility conditions and even more. Moreover, the system reduces the need for on-site labor. Anderson said that they show up with a printer that can replace the work of a few people. The printer can extrude concrete way faster than the builders can lay the bricks.

He points out that people are not over-excited about 3D printed homes, but that’s just because they it caught them unprepared for the way it will change construction, in general. According to him, this is just the beginning, and it seems to be really promising.