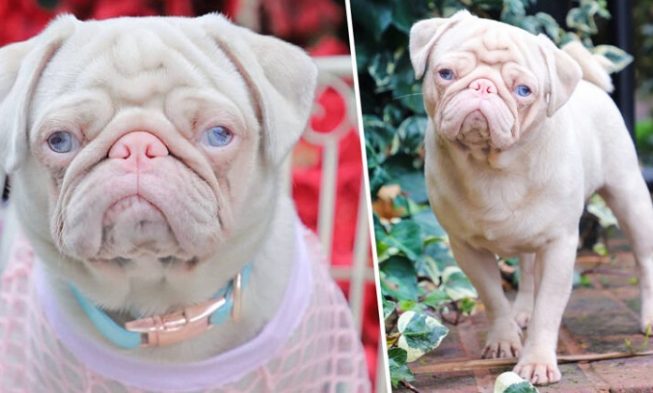 This adorable 17-month-old puppy is born with baby blue eyes and an unbelievably cute face. However, the puppy gets its uniqueness neither from the face or its eyes but from the blush pink fur and skin.

The out-of-the-ordinary color that the puppy has is due to lack of pigmentation which the puppy can inherit from an albino pug in its lineage. Maria, 33 years old from London, saw the pink puppy with its brothers and sisters and instantly she knew she wanted it to be hers. 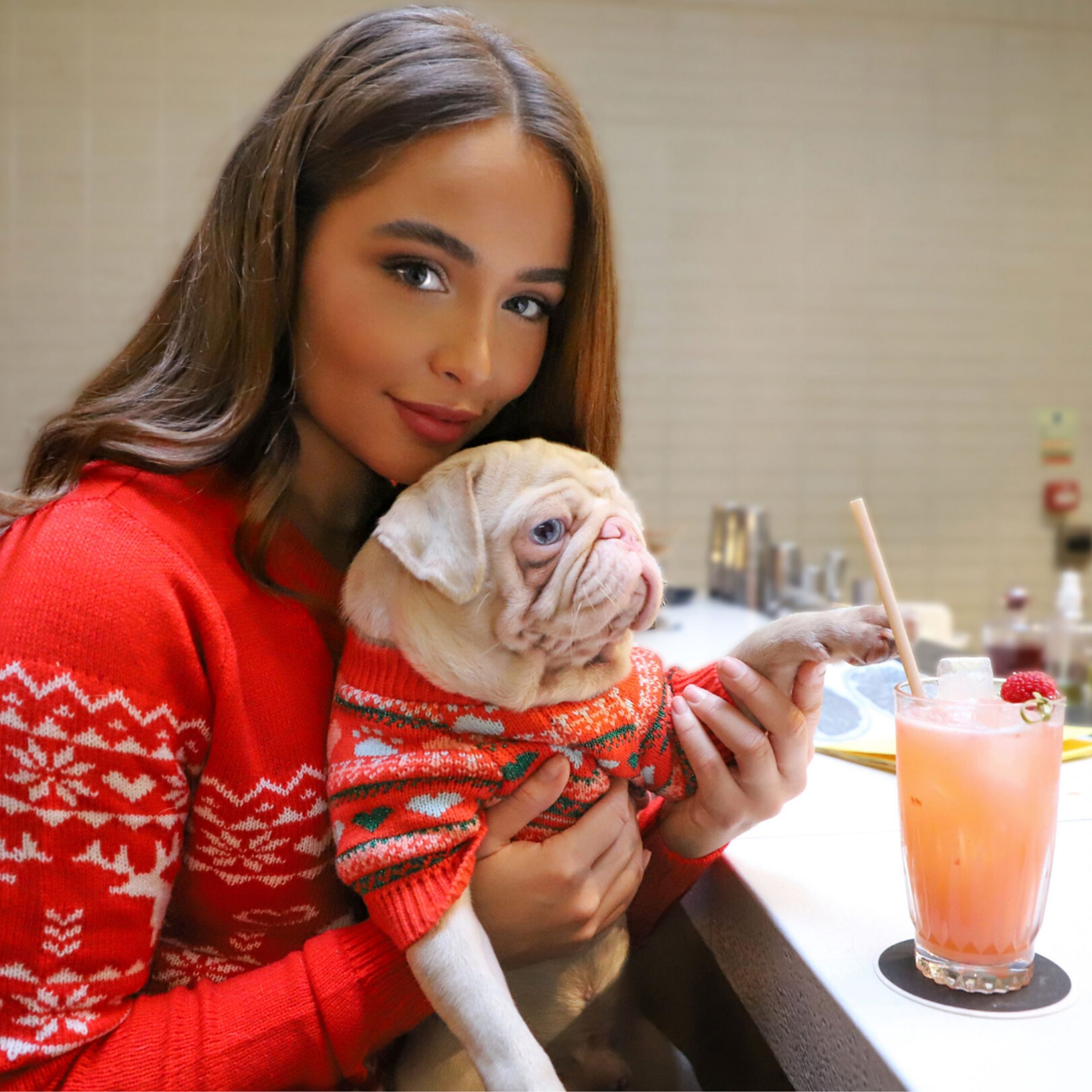 She brought the puppy home when he was 10 weeks old and she named it Milkshake. Since then, the puppy has become a very Instagram famous star with more than 55,100 followers as of now.

Maria claims that she hadn’t known that pink pugs existed, however, after she saw Milkshake at the breeder she was so excited and had to make him her own.

Pink pugs are very rare in the world, with Milkshake being “one of 30 in the world” at the time she got him “but there have been a few litters. There’s no more than 100 worldwide,” she claims.

As Maria stated, Milkshake is not an albino pug, but he “just has the coloring so he doesn’t suffer from any sight loss or hearing loss.”

Milkshake’s attributes are friendly, quirky, happy, and very spoiled. Together with Maria, they go to her work meetings and also visits the dog spa weekly. There, he gets pampered with pedicures. He’s also gets dressed up in an outfit for photoshoots and after, he gets chicken as treat. 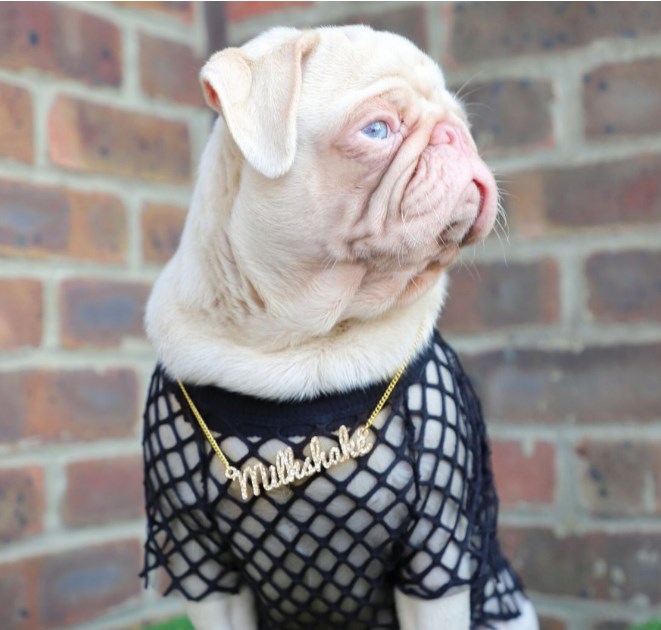 Aside from him being an Instagram star, Milkshake also participates in national dog shows where he works together with a trainer. The goal of the training is to get Milkshake in adverts and films in the future. 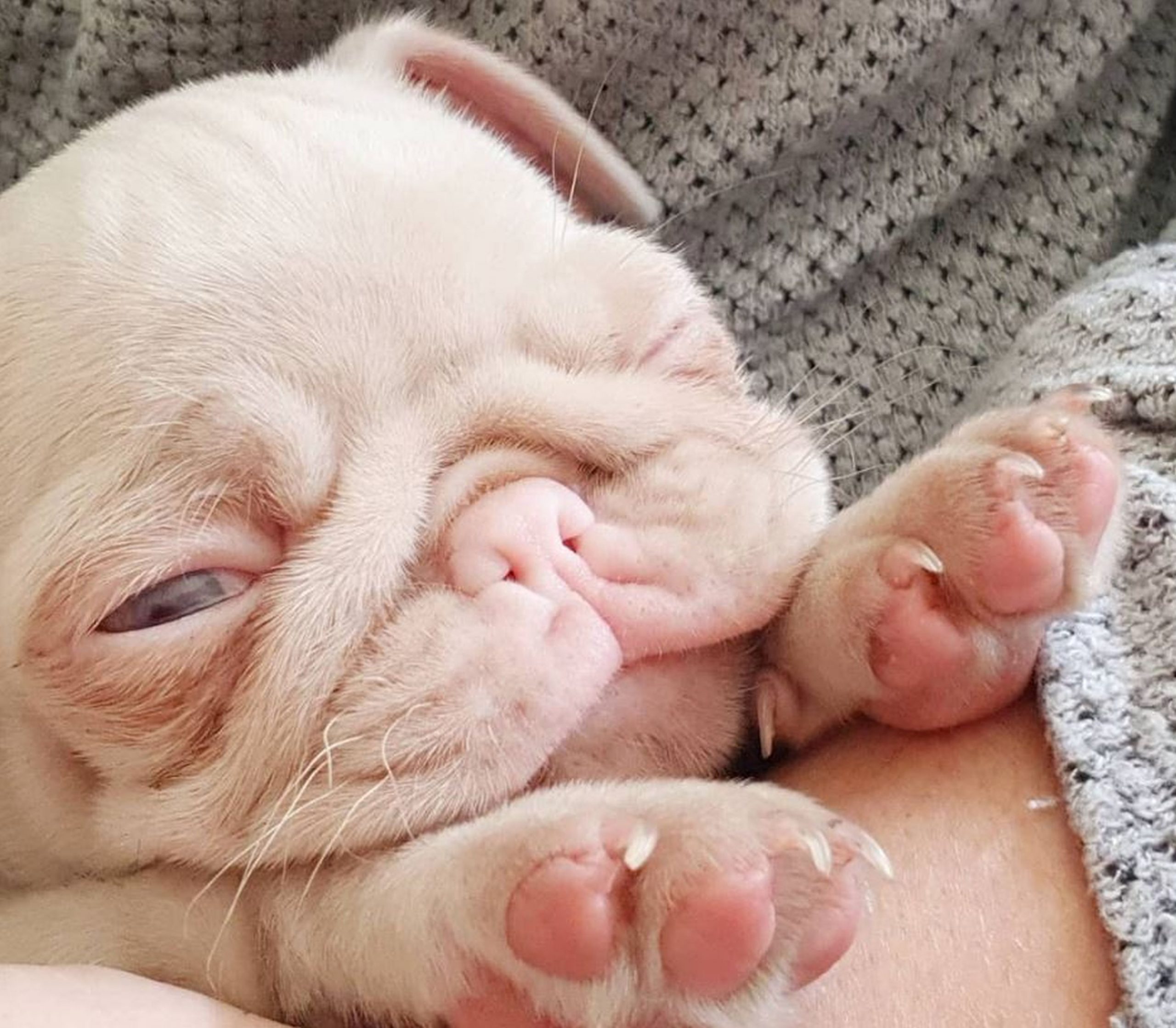 Out of all the pink pugs in the world, Milkshake is the most famous one. It all started with some fun posts on his Instagram profile, however, people loved him and followed him instantly.

Maria admits that she got contacted by many people contacted her “saying they’d had a bad day and seeing Milkshake really cheered them up which encouraged me to post more.”