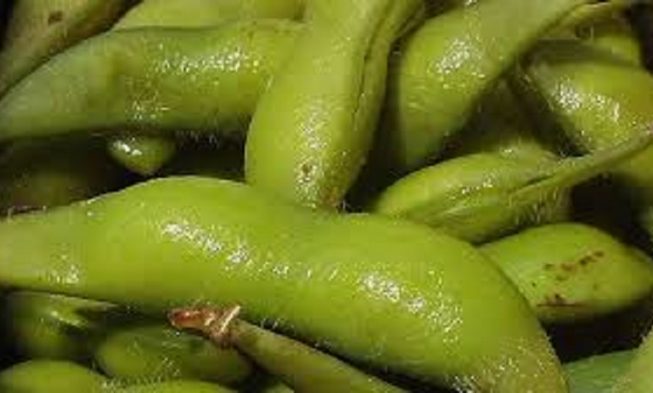 During the Chou Dynasty (1134-246 BC), the soybean was designated one of the five sacred grains, along with wheat, barley, rice, and millet.

According to agricultural literature the soy plant was initially used as a method of fixing nitrogen. Until the discovery of fermentation techniques, sometime during the Chou Dynasty, the soybean was not served as a food.

Even though many reports of scientists have stressed the importance of soy to reduce breast cancer, the new findings show the opposite effects of it. It is tightly folded with proteins that are not completely deactivated during ordinary cooking. For that reason they can produce serious gastric distress, cause chronic deficiencies in amino acid uptake and reduce protein digestion.

According to the researchers at the Memorial Sloan Kettering Cancer Center in New York, the women who are adding soy to their diet will speed up the rate at which breast cancer cells spread.

The study was conducted to compare the tumor tissues in two groups, one that was on a 30-day regimen of consuming a soy supplement while another group took a placebo. The results showed the changes in those women taking the soy supplement in the expressions of certain genes, which promote cell growth and stimulates effect on breast cancer in a subset of women.

Kaayla T. Daniel, Ph.D. said “It’s a myth that soy prevents breast cancer,” emphasizing the numerous studies, which show that soy can cause, contribute to or even accelerate the growth of cancer.

The participants in this study were diagnosed with stage one or two breast cancer after the breast biopsies. Additionally, they were all scheduled to have a lumpectomy or mastectomy two to three weeks later.

Vegans and Vegetarians at Risk

Dr. Jacqueline Bromberg, co-author of the study concluded that a few of the women with high genistein levels experienced changes in a specified set of genes that are known to affect some aspect of breast cancer pathology, breast cancer cell growth, or death.

The amount of the consumed soy was around 51.6 grams, which is the equivalent of about four cups of soy milk a day.

The consumption of the soy in a reasonable amount shouldn’t be a problem particularly for vegetarians and those who do not eat dairy products.

However, the warning is serious to those living in Asian countries, due to the high levels of tofu and soy in traditional diets. They could be at a serious risk

According to Dr. Bromberg, the warning is for the persons who eat the soy regularly and eat a normal amount of soy.

For example, a 1998 survey in Japan found that the average daily amount of soy protein consumed was about eight grams for men and seven for women (less than two teaspoons), which is higher in the USA.

If the soybean or soy is not listed as organic it has more than 90% chance of being GMO. However, even organic soy cannot be trusted, because it is a very problematic crop.

In the last period, since 2011, the USDA uncovers a plot to import fake organic certificates produced by an uncertified supplier in China. The producers from China used the counterfeit certificate to represent non-organic crops, including soybeans, millet, and buckwheat, as certified organic.

However, even the organic soy does not change the toxicity of unfermented sources so abundant in the food supply.

Most Soy is Unfermented

These anti-nutrients, actually on a natural way protect the soybean plant, allowing it to live long enough to effectively reproduce. They protect the plant from the radiation of the sun, and from invasion by bacteria, fungi, or viruses. Because of them, the soybean plant is unattractive to animals.

Soybeans are one of the worst foods a person can eat if these anti-nutrients are not removed by extensive preparation (fermentation or soaking). The nutritionists warn that the most common soy (99%) sold at major grocery retailers in the processed foods and soy milk is unfermented soy.

Here are some side effects that can be caused by unfermented soy:

The people who like soy should opt for fermented sources, such as natto, miso, tempeh and some fermented tofus, and chose those that are organic (non-GMO).