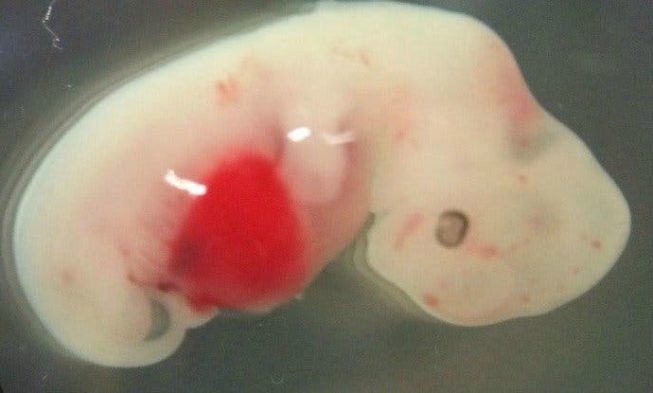 One of the most controversial moves by scientists has been made recently with the first pig-human hybrid. Scientists were able to grow human cells inside early-stage pig embryos, creating an interspecies chimera. Even though the experiment is still in the early days, scientists believe that eventually, they’ll be able to grow human organs for transplants this way.

This experiment began by injecting human stem cells inside early-stage pig embryos and later the hybrid embryos were transferred into surrogate sows. More than 150 of the embryos developed into chimeras with the precursor’s organs like the liver and heart. Additionally, they contained a small number of human cells (1 in 10,000). Their research proved that an organism from one species can produce a specific organ created by cells from another species.

Aside from the ethical implications, this scientific discovery is impeccable. However, this was not the first chimera since, in 2015, another team successfully integrated human stem cells into mouse embryos.

The word Chimera comes from Greek mythology about a fire-breathing hybrid monster created from parts of more than one animal. Generally, it was explained as a lion with a goat’s head sticking from the side of the neck and a snake for a tail.

Reports from National Geographic shows that the two ways to make a chimera are to introduce the organs of one animal into another and to introduce the animal’s cells into the embryo of another. The first method is risky since the immune system of the host can reject the organ. The second method can only be done in a lab.

Not only will these experiments get a chance to better the world and medicine but will also gain a better understanding of the evolution of species and embryogenesis and unidentified diseases.

Before the experiment was finished, it was terminated after 28 days for ethical concerns and the debate, if it should continue, will be done further on.

The main concern for the scientists in this experiment is people dying while waiting for an organ transplant. About 114,000 people in the U.S. are waiting for a lifesaving organ transplant and more names are added every 10 minutes. About 20 people die day by day because there are not able to get a transplant. Additionally, the person that’s waiting to get a transplant needs to wait until a compatible person that’s a donator is found. With the chimera research, this shouldn’t be a problem since scientists will be using stem cells from the person that needs the organ to inject the embryos.

With so many people dying, the scientists are wondering what is the better answer for the ethical question about chimeras? Is it wrong to play God and try to save human lives or is it okay to leave it like it is and let people die?