The Mangalica pig breed is one of the most unique species in the world. Not only does it look like a sheep due to its wool, but breeders also state that its actions are pretty doglike. Aside from the similarities with the two species, Mangalica has no DNA from a dog or a sheep. Instead, the breed is created by the crossing of the primitive Sumadija race (Mediterranean breed) with the Bakony and Szalonta races (semi-wild breeds from the Carpathians) back in 1833.

Originally, the species was bred for the Austro-Hungarian emperors’ menu. In the mid-20th century, the pig breed was almost extinct.

As stated before, a very interesting characteristic of this pig breed is that its entire body is covered with abundant thick blonde hair. During colder days in the winter, its hair grows long, thick, and curly, while in spring, the hair turns to a shiny, blond, and stiff appearance. Compared to colder days, during the summer, the fur is smoother and thinner. The area around the eyes and nasal disc is black like its feet and nails.

What’s interesting about this pig breed is that breeders claim that if you treat the animals well, they will follow you around everywhere. This canine-like behavior is very interesting since they’re a completely different species.

When these pigs are born, they weigh between 600 and 1,000 grams and in 7-8 weeks, they reach up to 6-8kg. They typically develop much slower than the typical pig species.

The Mangalica pig is typically kept as a pet or used for its meat.

In Eastern Hungary, the Mangalica was the most popular pig breed until 1950. Sadly, their numbers started decreasing on a large scale. In 1991, the numbers completely dropped from 30,000 to 200. Peter Toth, an animal geneticist, wanted to do something about their decreasing numbers. In 1989, after the fall of the Berlin Wall, Toth took the last Mangalica pig and prevented a total extinction of the breed. He repopulated the species in the thousands. Now, there are about 7,000 sows that are giving birth to 20,000-60,000 younglings each year. However, not every type of Mangalica pig was saved.

Depending on the color, there are (or were) four types of Mangalica. Most of the species are blond (almost 80%). Aside from blond, the pig species can also be red, swallowtail (black and white mixture), and black (which is extinct today). The swallowtail variety is black on its top side with lighter (blond) color on the lower part.

They thrive in the countries of Serbia, the Czech Republic, Canada, Germany, Romania, Slovakia, Serbia, the United States, and Switzerland. 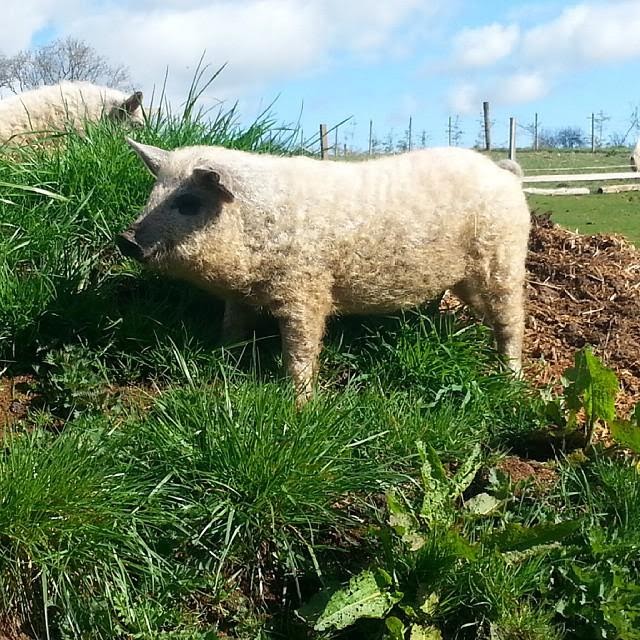 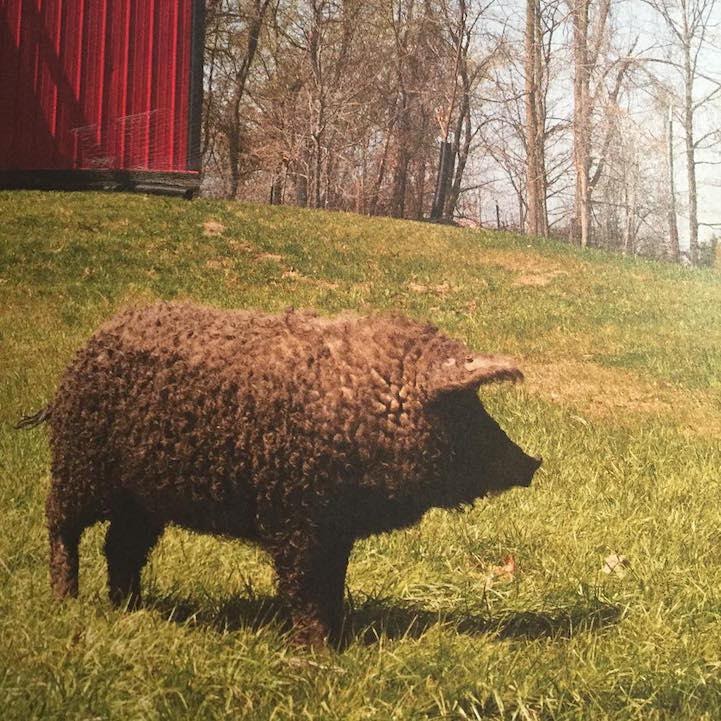 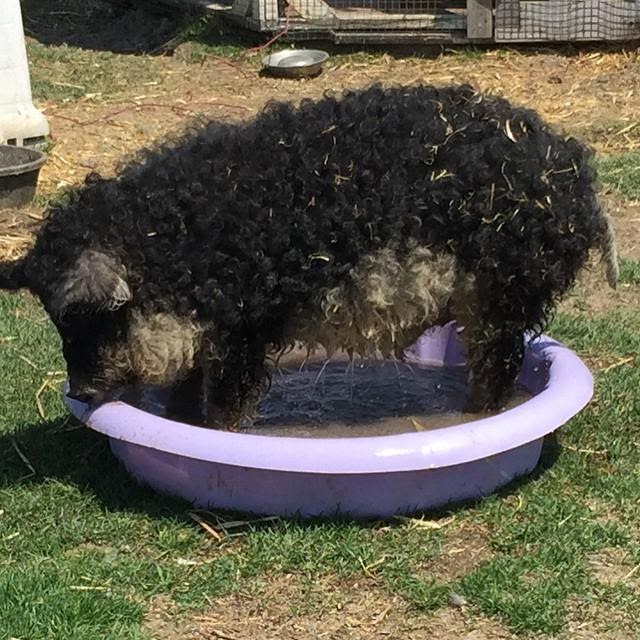 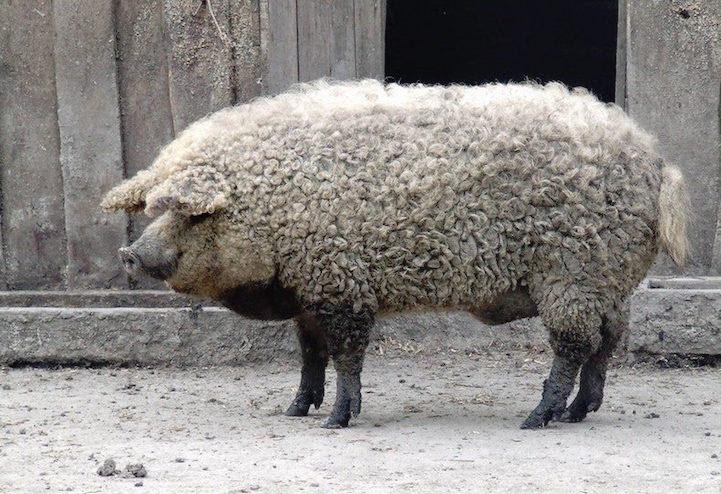 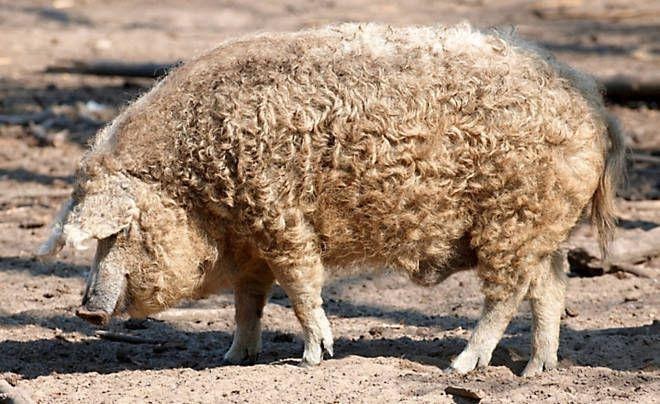 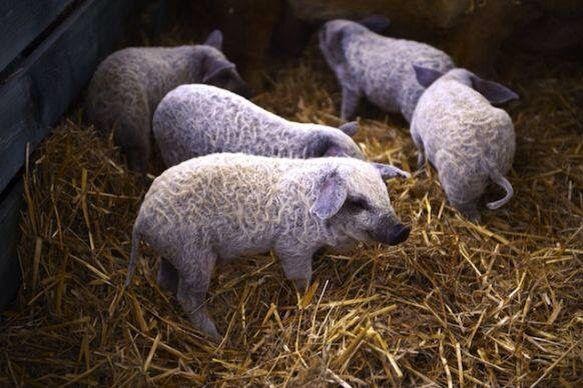 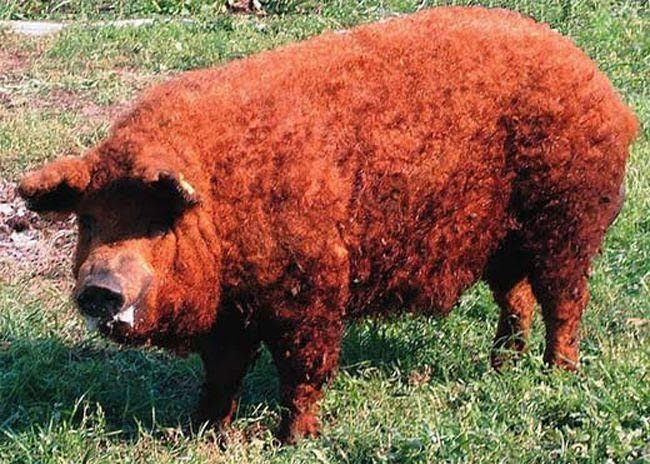 Here is a video that you can watch to see these amazing creatures: