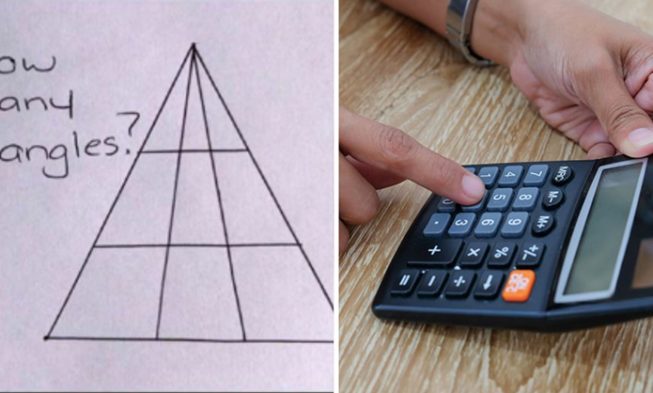 Since Maths isn’t among most favored subjects at school, it’s not that shocking to find out that math puzzles are the most difficult to deal with.

But sometimes, they are the best way to wake up your brain. You can use your basics at maths and challenge yourself to solve the puzzle presented below. It might seem like a simple one, but that’s just the feeling you get at the first glance.

When you think about it, it is way more complicated that you first thought. Actually, it gave some hard time to some of the smartest minds!

The puzzle first appeared on Tweeter. The journalist Jitesh Pillai posted it on his Tweeter profile and challenged people to solve it. It’s not entirely taking people back to their trigonometry days, but it definitely shows that most of us should consider taking on a refresher course on the basics.

Anyways, he asked people to count the number of triangles they see on the picture. That simple question showed that many people are really terrible at maths!

However, do you believe that you’ll be able to crack it? 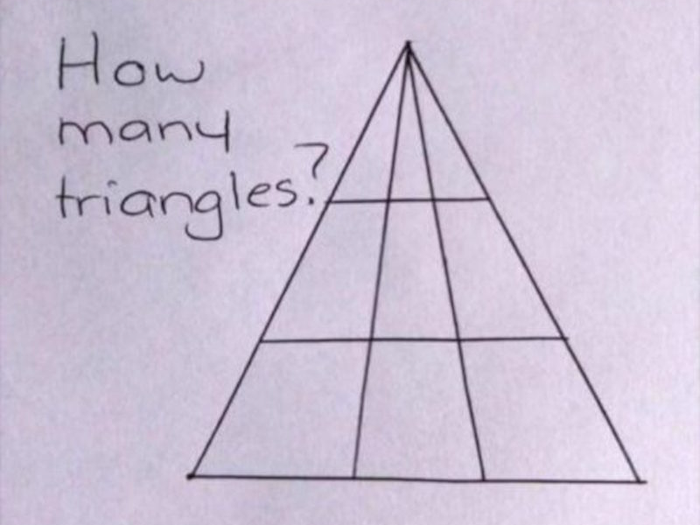 At first you think it’s a piece of cake. You consider the one big triangle. And then you spot the other definite triangles at the top. But then you realize that you should consider all the shapes within the bigger triangle.

Think about what is it that makes a triangle? And that’s how you notice that you can make some other bigger and smaller triangles as well. And then you just happen to see triangles upwards, downwards and sideways and you end up all confused, not being certain what a triangle looks like anymore.

That’s why and how there were so many different answers regarding this tweet. Starting from one triangle, ending with twenty-four. 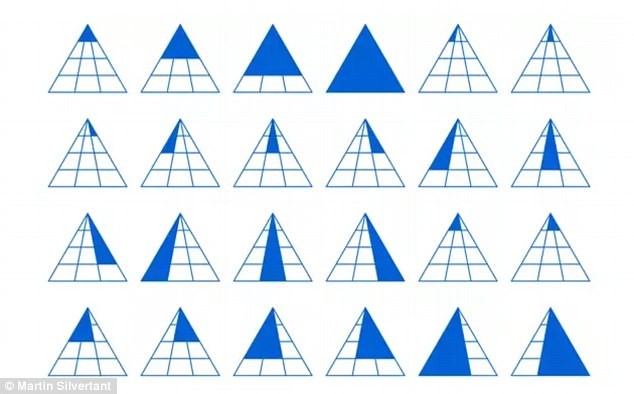 The puzzle was first tweeted on April 9, 2018. Ever since, there’ve been 3.5 K comments from people who believe they know the right answer. The tweet which got like 900 likes, was the one with the right answer. It said that there are 24 triangles. Did you count 24?