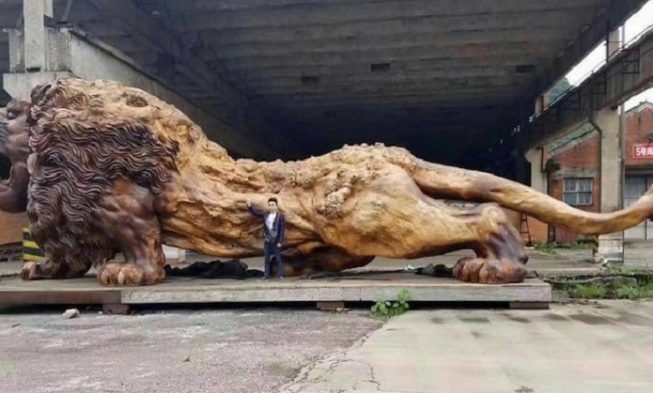 The most powerful member of the animal kingdom is known to be the lion. The lion is also used to symbolize majesty, bravery, and power.

A single tree trunk has been shaped into a giant lion called the Oriental Lion, taking 20 people longer than 3 years. The team was led by sculptor Dengding Rui Yao. He is the proud sculptor to have led the carving of the massive redwood trunk that is now situated in Fortune Plaza Times Square in Wuhan (we’re familiar with the name now), the capital of Hubei Province of China.

The project was initiated by Rui Yao in Myanmar until its completion in December 2015. They called it the Oriental Lion when the ferocious-looking wooden statue was completed.

The giant lion sculpture, however, did not stay in Myanmar for long because it was transported immediately to Wuhan, China. The roaring Oriental Lion is now standing in Times Square’s Fortune Plaza, where thousands of visitors can see it up close.

In traditional Chinese culture, lions play a substantial role. So did many of its icons, including the lion, as Buddhism spread from India to China. Seen as protectors, lion statues at the gates of imperial palaces, including the legendary Forbidden City in Beijing, became a traditional installation and still remain up to this day. They can also be found outside of hotels and restaurants today, just in case any bad spirits drifted into modern times from the Han dynasty.

With a smooth finish, the majestic giant lion sculpture features the head, paws, and tails of the fierce beast. The architect, however, wanted to maintain the rough texture of the trunk on the torso of the figure.

Here are some pictures to reveal how amazing it looks in case you’re unable to make it to Wuhan to see the giant lion sculpture. 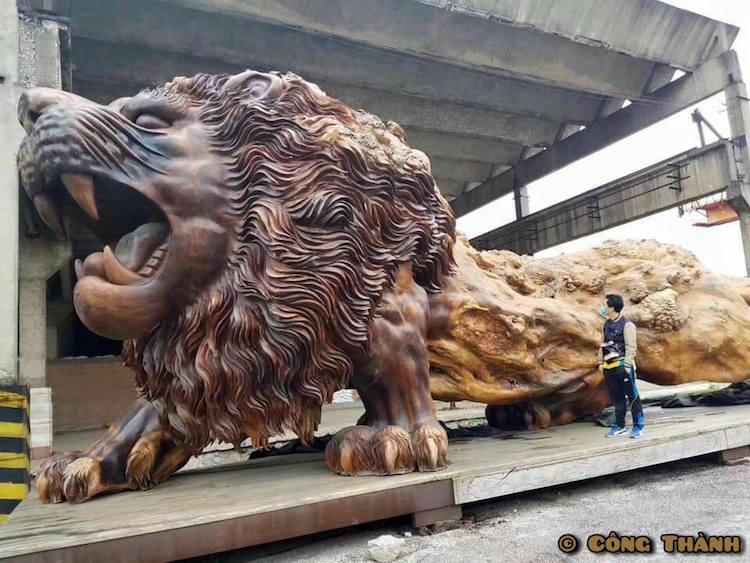 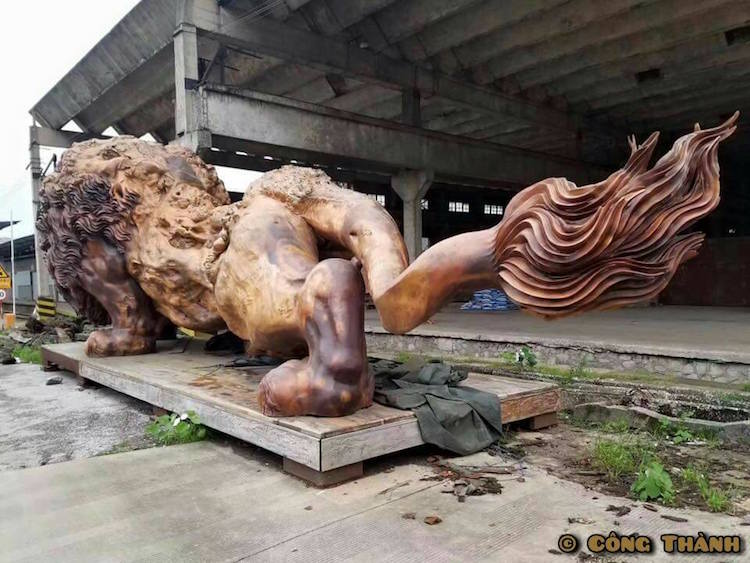 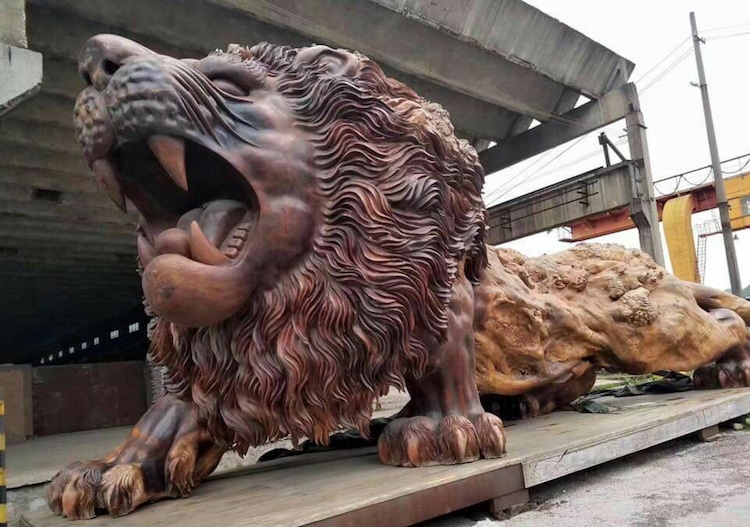 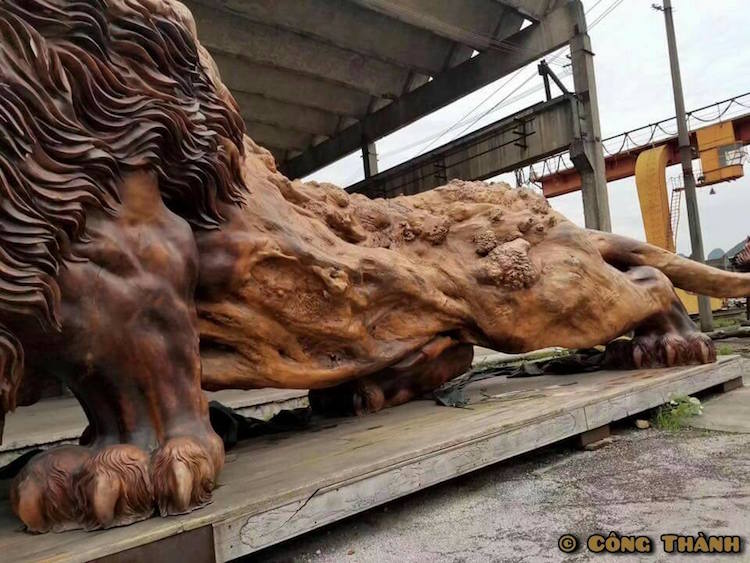 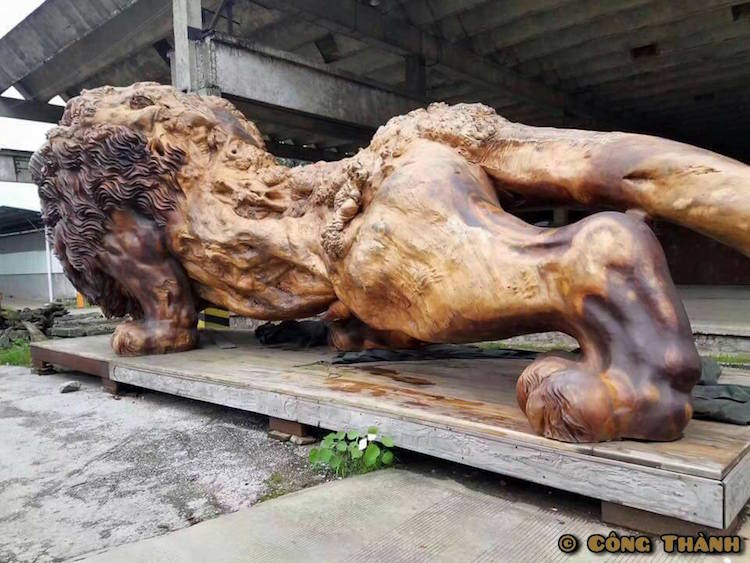