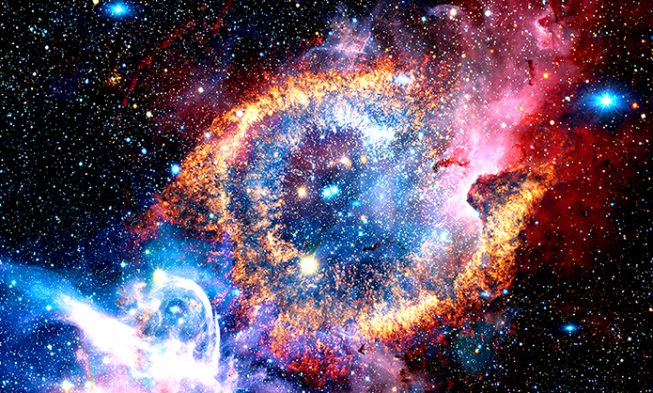 The question is what is the “material” in materialism, in a universe governed by uncertainty principles instead of hard facts? Apparently, there is no good enough materialist theory of consciousness.

The current research we’ll be discussing, was labeled “bizarre” field of science by last year’s Chronicles of Higher Education. However, before it’s being mocked, it’d be better if all the aspects are considered.

There’s a group of prominent physicists and neuroscientists who can’t get over the idea of a separate immaterial reality, or else known as “dualism”. Therefore, they turn to the simplest solution.

And that’s the assumption that the whole universe might be able to participate in consciousness. This scientific concept is called “panpsychism”. This is just a general approach, that according to Perry, is a staple of Hindu and Buddhist thought.

Nevertheless, many scientists who are fond of materialist theory, favored this concept in a variety of ways.

Many scientists have tried to explain something known as “dark matter”, the 95% of matter in our universe that must exists, due to gravitational forces, and yet it is unknown to us.

Scientists have been struggling to prove dark matter for so long, and actually the physicist Gregory Metloff, of the New York City College, happens to believe that panpsychism might actually finally explain it.

He continues that the preliminary evidence is showing that this concept is not impossible. Therefore, it deserves to be checked and either validated or falsified.

Theoretical physicist Bernard Haisch, in 2006 pointed out that consciousness is made and transferred through the quantum vacuum or empty space. So any system that is significantly complex and is able to create a particular level of energy, would be able to generate or broadcast consciousness.

Christof Koch is yet another supporter of panpsychism. He is part of the Allen Institute for Brain Science. As a starting point, he considers the fact that biological organisms are conscious because they are able to change behavior according to the situation they are trying to approach.

Because of this, he is trying to measure the level of consciousness a single being could display.

For that purpose, he will do numerous experiments. For one of them, he will need to wire the brains of two mice together, so as to see whether the information will flow, just like an integrated system would.

Koch says that some physical systems may be also conscious even though they are neither biological nor organic. He believes so because the theory of consciousness implies that any system is able to act upon its own state and determine its own fate.

Therefore, it could go down to very simple systems. Hence, his conclusion mentioned above.