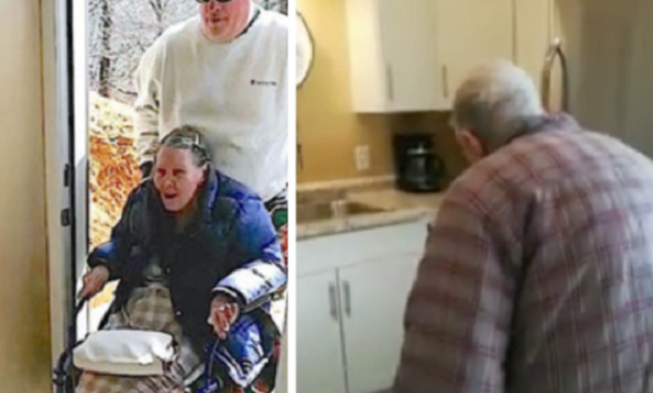 One of the hardest things about being an adult is that not only do we see ourselves getting old, but we see our parents getting older. Also, one of the most difficult things is when our parents start to need help in their daily lives.

Some people choose to have their parents looked after in a care facility. Others may need a more personalized touch, so they hire someone to help them around the house. There is no right answer for every person or situation.

However, Schon Miller admitted that his parents were starting to struggle on their own. His decision was slightly different from those previously mentioned. The nursing home options were horrifying so, Schon and his wife Jeannie came up with a creative solution.

Instead of putting Schon’s parents in a nursing home or hiring a caregiver, they decided to make some changes to their home that his parents could adjust better and move in with them.

Have you heard of “granny pods“?

However, they couldn’t find anything that really matched the needs of what they needed. What they chose to do instead is renovate their basement. When your parents live with you without exactly living with you it’s called “granny flat”. It’s when you take part of your house and convert it into some kind of apartment where your parents can live. It can also be a separate building on your property, such as a small house, or a converted shed or pool house.

So, that’s exactly what Schon and Jeannie did. They converted their basement into a “granny pad” for Schon’s parents. They made it a comfortable place that his parents can call home. Schon also added bars in the bathroom to make it easier to use the shower and the toilet. But he has done a lot more than that.

Indeed, they ended up demolishing part of the basement to completely facilitate the new living space of his parents. The shower and the bathroom had handrails installed for added security and the kitchen was designed to be easy to clean.

Schon has thought of everything for his parents. Even though they are still fiercely independent, the elderly couple Bonnie and George truly appreciate the great effort put in by their son.

Turning their basement into a home for Bonnie and George took an incredible effort. However, it took even more love for them to complete the massive project.

And that seems to have had a major impact on the older couple who couldn’t contain their emotions when they saw their new home for the first time. Schon’s parents were not involved in the design of the basement. They didn’t know what it looked like. It was a complete surprise. That’s why Schon and Jeannie had filmed that moment when his parents arrived to see their new home for the first time.

We don’t know what they expected. When we think about living in someone’s basement, it doesn’t really sound tempting. Maybe they were a little skeptical about this new life offering, but we’re sure after taking the tour of their new digs, they felt comfortable and even excited.

When the video begins, Schon’s parents have just arrived. His mother is in a wheelchair and his father follows him. His mother cries almost immediately of joy and his father seems genuinely impressed as Schon takes them on the grand tour.