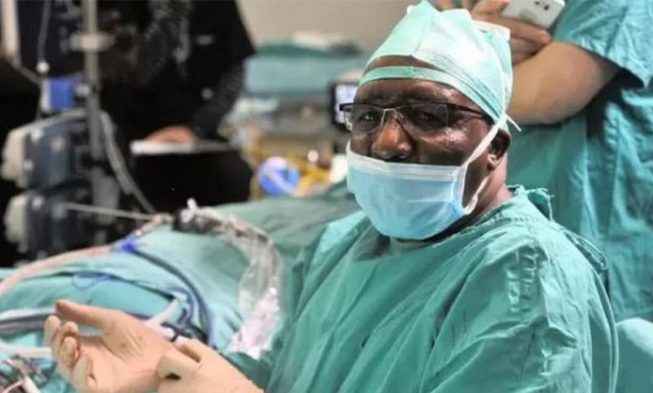 After performing the first transplant of a patient’s middle ear, a team of South African doctors from Pretoria has been praised as innovators in the global medicine ground.

This transplant was done using a 3D-printed technology to rebuild the broken bones of a middle ear.

The successful surgery is being celebrated as a lasting answer to conductive hearing loss. Additionally, the surgery can be done on a person of any age, including babies.

This can cure patients that are deaf by birth defects, metabolic diseases, and deafness resorted by infection and physical damage.

A 35-year-old male was the first patient to undertake the procedure. The person lost his hearing in a car accident that ruined his middle ear. The surgery lasted an hour and a half.

Professor Mashudu Tshifularo was the doctor in charge of the medical team at the University of Pretoria’s Steve Biko Academic Hospital.

He was studying conductive hearing loss for a decade, however, in the last two years, he was just introduced to the use of 3D printing technologies in order to recreate the tiniest bones or ossicles of the middle ear (the hammer, anvil, and stirrup).

In a press release, Tshifularo explained that by replacing the dysfunctional ossicles, the procedure can be less risky than any other surgical procedure and the adding of prostheses.

In the procedure that they made, they used titanium, which is biocompatible. To do the replacement they used an endoscope, which results in a quick transplant with minimal scar.

The patient that had the reconstruction waited for it for three years because he could not afford it.

Tshifularo says that this treatment should become more accessible and affordable for everyone in the world, especially in South Africa.

[WATCH] A pioneering surgical procedure using 3D-printed middle ear bones, developed by Professor Mashudu Tshifularo and his team at the University of Pretoria (UP) Faculty of Health, may be the answer to conductive hearing loss, a middle ear problem caused by congenital birth defects, infection, trauma or metabolic diseases.Posted by Gauteng Health Department on Wednesday, March 13, 2019

He added that because the procedure was done in their country and the manufacturing was done there too, it should be affordable for the people in their state hospitals.

If the younger doctors are trained to do the operation it will become more accessible.

Tshifularo hopes that he can get the necessary funding from the government for himself and his team at the university’s Department of Otorhinolaryngology and additional sponsors to certify that his new approach to treat hearing loss can become worldwide.

The Minister of Health in South Africa, Aaron Motsoaledi said that his department will do everything it takes to mobilize the resources and assist the professor and get him all the help he will need.