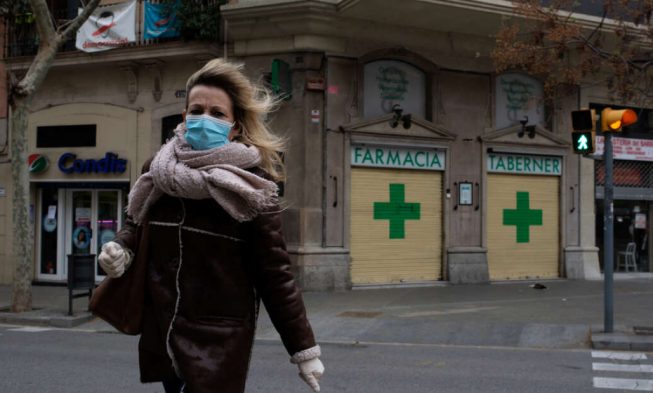 In Spain, individuals who fail to willingly take the vaccine against the coronavirus will be identified in a new registry which will be passed on to other countries of the European Union.

That doesn’t mean that the Covid-19 vaccines are going to become compulsory, and neither does it mean that the details in the registry would ever become public, in compliance with Spain’s data protection laws.

Spain to keep list of those who refuse Covid vaccine, which will be shared with other EU nationshttps://t.co/XUYRWBkNxM

According to a poll released last month, the proportion of Spanish citizens unwilling  to take the Covid-19 vaccine fell to 28 percent in December from astonishing 47 percent only last month.

According to the representatives from the Spanish Ministry of Health, Spain was among the top worst hit countries in Europe. The pandemic affected it tremendously and the virus death toll at one point even reached 50,000.

Interestingly enough, Spain’s worst months as far as Covid-19 cases go were March and April, right at the very beginning of the pandemic. The country reported 950 Covid deaths on 2 April, which at the time was the greatest number of deaths among all other countries for a single day. Desperate to regain control of the situation, a Spanish coastal resort also doused a beach with bleach. They were trying to keep the people off the beaches. It goes without saying that environmentalists and locals were not happy with this action.

On Sunday, the nation’s mass vaccination program began. It was a great day for the Spaniards when the 96-year-old woman volunteered to  be the first person to receive the vaccine in Spain. This lady resides in a nursing home located in Guadalajara. She got the Pfizer-BioNTech vaccine, so far the first dose and she’s awaiting to get the second one.

It is also believed that one of the most commonly found strains of Covid-19 across Europe originates from Spain. Scientists have a tremendous part of this summer COVID-19 strain across cases in Europe that had a newly established variant that they called 20A.EU1. They are assuming this strain first appeared on a farm in Spain and it spread in a blink of an eye, mostly through tourism and travel routes.