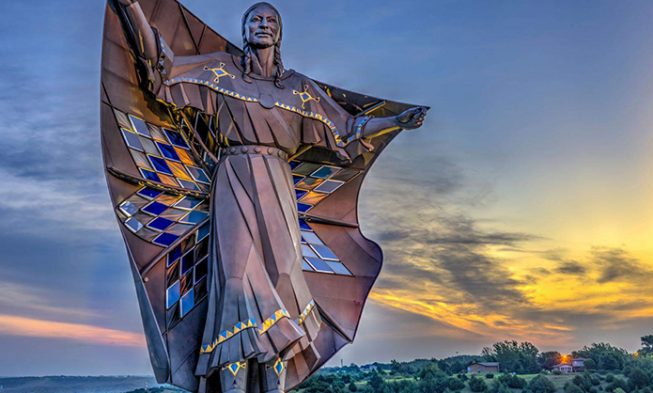 The Sculpture of Dignity is a beautiful synthesis of art and culture. The 50-foot-tall stainless steel sculpture can be seen on a bluff between Exit 263 and Exit 265 on the road Interstate 90, which is located near Chamberlain.

Dale Lamphere uniquely and specifically crafted this scultpture to honor the cultures of the people of Lakota and Dakota. In order for him to be able to make the perfect face of the Dignity sculpture, he used the example features of three Native American models aged 14, 29 and 55. 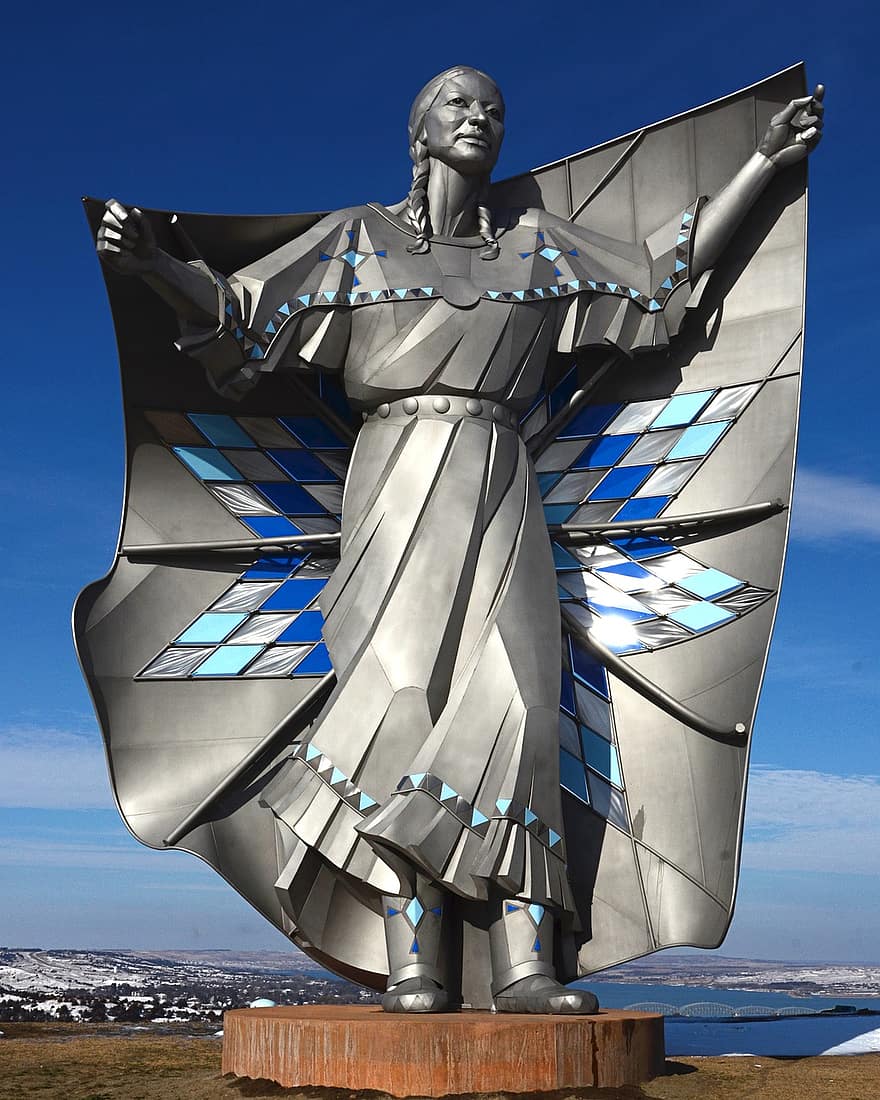 Star quilts are also related to Native Americans from the Plains. Star quilts are an art form for these native people. They have used them both in the past, as well as in the present to communicate spiritual and cultural values. The milestones of each person’s life are also labeled with star quilts.

More than 100 blue diamond shapes which move in the wind make up the star quilt on the statue.

“Dignity” in South Dakota honoring the Lakota and Dakota people. ❤️ Hands down the best statue in America. pic.twitter.com/fpkwP3RUtq

The statue is a gift worth $1 million.

It came for the state’s 125th anniversary. The gift-givers were Norm and Eunabel McKie of Rapid City. They dedicated the sculpture to all the people of South Dakota.

Not only does the statue recognize the local Lakota and Dakota tribes, but it also recognizes all the indigenous Americans and their federally recognized tribes. They are engraved around the feet of the statue, representing peace and tolerance. 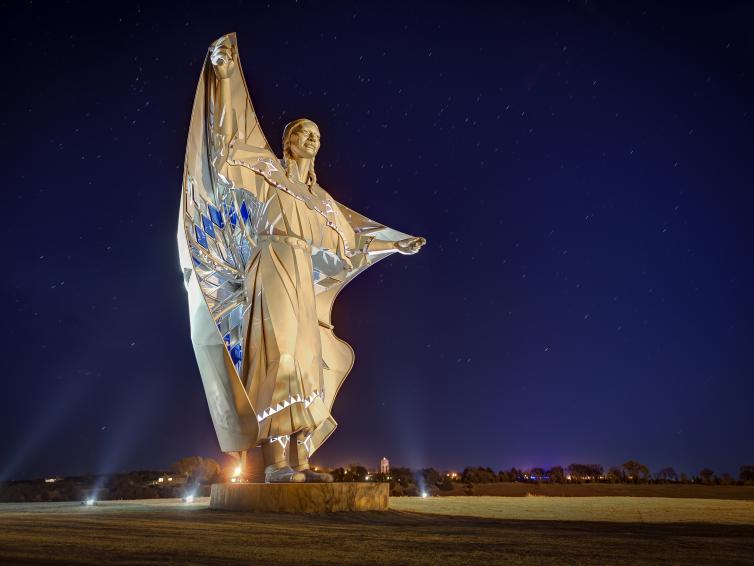 Dignity managed to wow tourists from all over the world. Some knew what they were looking for, which is absolutely expected since the news about this sculpture has spread throughout the world.

People would see Dignity as they would drive on the road and would immediately pull off to admire it. Others would come looking for a rest stop and would find the statue and stop to admire it. Dignity leaves an impact on travelers, whatever the cause.