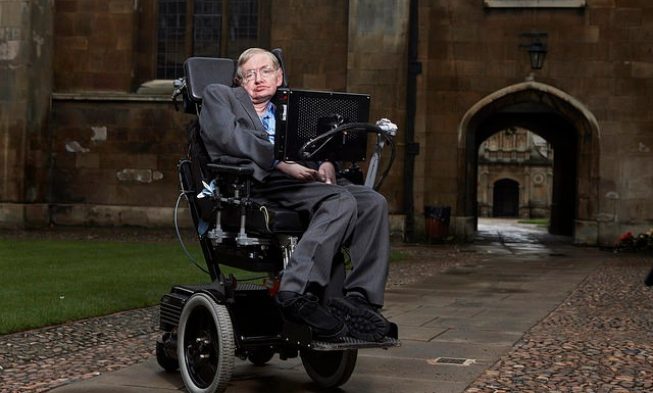 Newer generations of humans are becoming more and more self-centered and selfish. This selfishness, if it’s unable to be controlled, can cause lots of damages to the world and humanity. One way that this greed and selfishness can be impactful is through climate change. Many scientists are alerting powerful people to make a change while all they can think about is the economy and profits. One of the loudest speaking scientists for saving our ecosystem was Stephen Hawking.

As one of the greatest minds to ever exist on Earth with an estimated IQ of 162, Stephen Hawking went through Cambridge and Oxford training and was able to revolutionize the concepts of science and physics. Aside from his field of research, Hawking always pointed out the hardships that could await humanity in the following years.

Before passing away, Hawking warned the world of the dangers they will be facing as we’re closing on to a point of no return. Damages done to our Earth will be irreversible and the only ones to blame are the selfish and greedy humans of the world. As more time passed, the pollution from fossil fuel combustion is getting worse and cities are overcrowding. The tipping point to where global warming becomes irreversible is coming closer (if it’s not too late). Additionally, Hawking claimed that world leaders such as Trump are pushing the Earth over the brink to become like Venus, a planet that rains sulphuric acid and is 250 degrees. Adding to the pollution, militarized technology, and weapons of mass destruction can tilt the tipping point even quicker.

However, Hawking claims that no matter what happens, it shouldn’t be the end of the human race since there will be humans on a backup planet or independent colonies in spaces. That’s the only way the human race will be preserved if the Earth tilts completely the wrong way.

Another warning that Hawking issued before passing away is the rise of artificial intelligence. If we are not careful and if the AI is used for the wrong purposes, there’s a risk of powerful autonomous weapons or new ways to oppress the little people. It can also bring great disruption to our economy.

Stephen Hawking was born on January 8, 1942, in Oxford, England, where he earned a place at Oxford University. There, he studied natural science in 1959 before studying for his Ph.D. at Cambridge. In 1963, Hawking was diagnosed with motor neuron disease. The doctors told him that he only had two years to live and if he was able to live more, he would be left paralyzed with no motor functions.

In disbelief, Hawking survived to be 76, 52 more years than the doctors told him he’d live. However, he did lose his motor functions and was left in a wheelchair. He was also unable to speak except through a voice synthesizer.

Stephen Hawking passed away on March 14, 2018, in his home in Cambridge. His family claims that his passing away was peaceful.