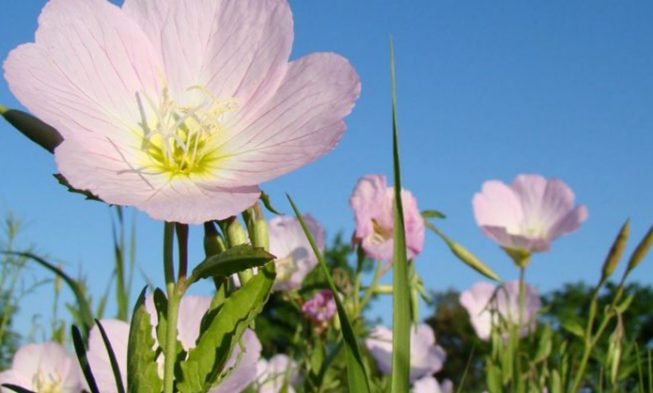 Plants are able to hear! And their ears are much prettier than the ears of all other animals!

Flowers are more than just pretty decorations that we think are there only to attract the attention of pollinators who are hungry. As a study found out, they are hearing when bees approach them, and, according to a new report, they unexpectedly raise the sugar content in their nectar when they hear buzzing in their surroundings.

The researchers working on this study were looking at evening primroses (Oenothera drummondii). They soon realized that these plants temporarily increased the concentration of sugar in the nectar of their flowers within minutes of detecting vibrations from the wings of the bees.

They exposed the flowers to 5 various sounds in their lab. Those include: silence, the buzz of the bees, as well as low, medium, and high frequency computer-generated sounds.

The flowers had no response to the silence or to the frequencies generated by the computer.

The flowers that didn’t hear the buzzing of the bees produced the normal amount of sugar that was expected in their nectar. The flowers exposed to this sound, on the other hand, bumped their sugar levels up for 12 to 20 % within 3 min of the exposure to the sound.

The researchers said it made sense in retrospect that flowers would play the role of being the ears of plants. They are perfect for receiving and amplifying sound waves due to their concave, satellite-dish-shape.

These findings are amazing. This is the most compelling data up until this point ever collected on this topic. It is forcing the scientific community to step away from their rooted skepticism.