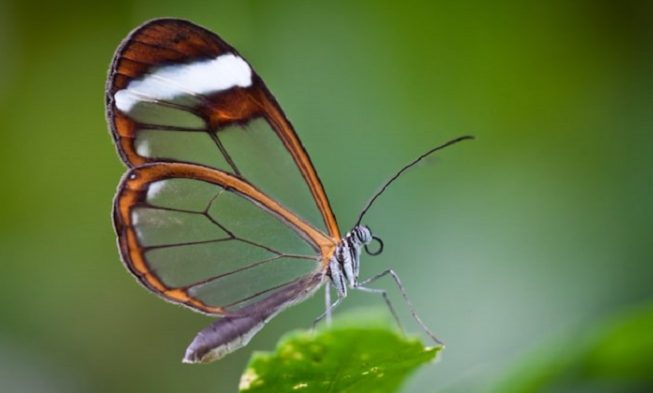 In past articles, we’ve talked about the beauty of butterflies. However, nothing comes close to the glasswing butterfly, known scientifically as Greta oto. 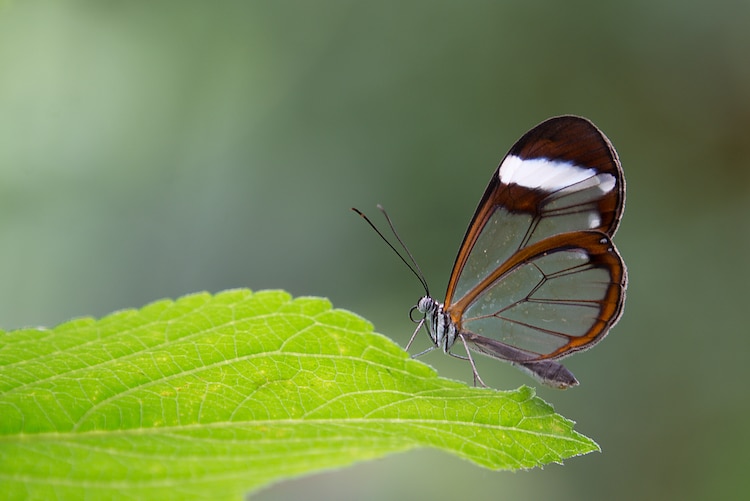 The glasswing got its name from its unique transparent wings. Aside from a brown/reddish border, the butterflies’ entire wings are transparent. On the upper part of its forewing, the glasswing has a white stripe through the brown region. The transparency of their wings makes it look like we’re looking through a window. 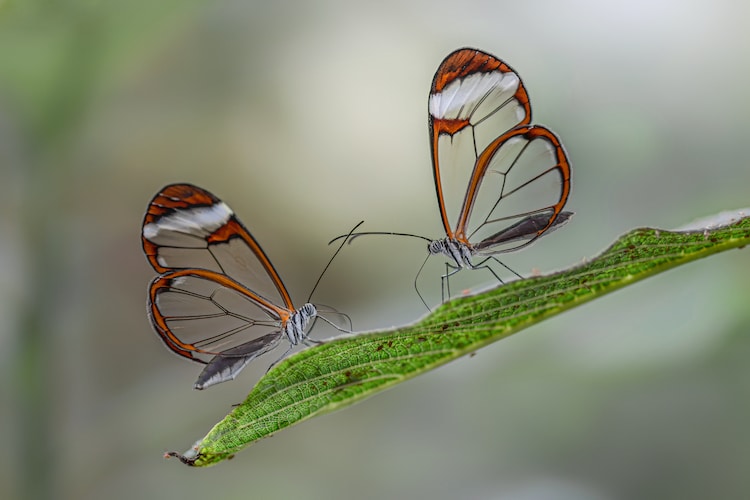 Compared to other butterflies, glasswings lack the small scales on the wings. Typically, these small scales are what give the butterfly its color. Even when caterpillars undergo metamorphosis, it’s still hard to spot them. They transform their body in small pupae with a silver/chrome color which camouflages them as water droplets.

When they reach adult size, the butterflies have a very thin and brown body and clear wings. What’s more interesting is that you can spot the veins in the wings since they are visible.

The glasswings can be typically found in Central America. They range the areas from Mexico to Panama and they are one of the most abundant of its species. 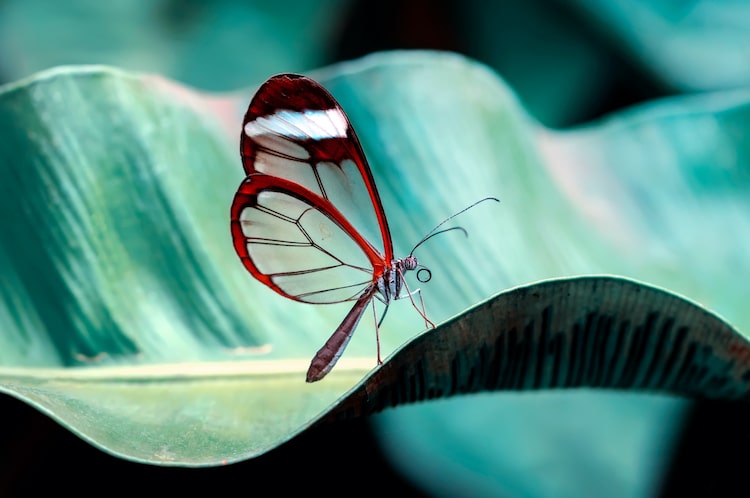 These butterflies can be found all year long, however, because of their migratory nature, they fluctuate month by month. When the glasswing migrates, it can travel 12 km per day, which is why it’s not weird spotting them in Florida occasionally.

The transparent wings allow this butterfly species to protect themselves from predators. It’s very easy for them to blend with their surroundings, making them almost invisible to see. Additionally, the white stripe they have on their wing signals its predators for toxicity. 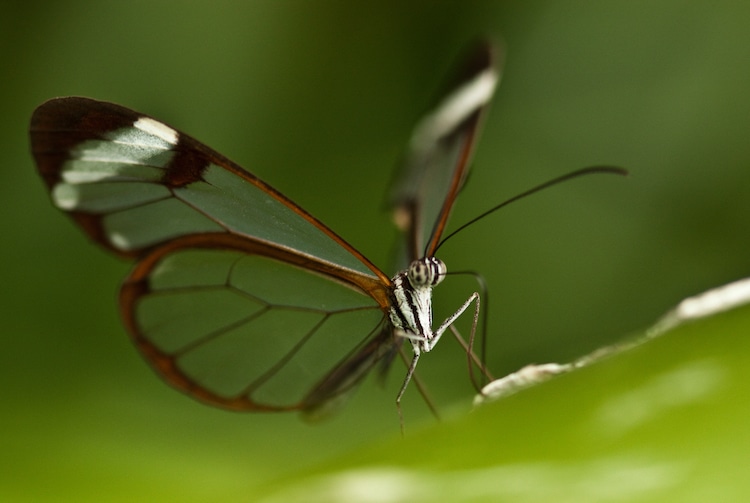 Adult glasswings drink the nectar of flowers such as Boraginaceae and Asteraceae, absorbing chemicals from the nectar. This makes the glasswing taste unpleasant which discourages predators from eating them.

Additionally, its wings are equipped with multiple tiny nanopillars which are wax towers forming a rough texture on the wings surface. These wax towers can only be spotted under microscopic inspection. Having such a rough texture allows them to not being reflective, giving the illusion of transparency or emptiness.