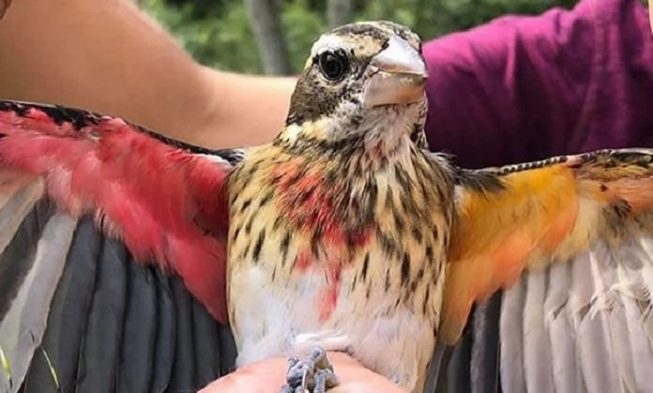 While exploring the Powdermill Nature Reserve in Rector, Pennsylvania, biologists were able to spot and catch a very rare bird with both male and female parts. Both the parts are split in the middle as the bird contains both vibrant colors of both sexes.

The bird, part of the species of rose-breasted grosbeaks (Pheucticus ludovicianus), was found on September 24. These birds are a large seed-eating member of the cardinal family which is found throughout eastern North America.

The difference between the male and female of this species is that the male has richly colored plumage, mainly rosy red, whereas the female has brown-orange colors. This individual bird was found with mixed male and female coloring (right side like a male while the left was like a female).

The animal has a rare type of bilateral gynandromorphism which gives the bird’s split down external appearance in the middle by sex (both male and female). But how did this occur?

Gynandromorphy in birds is believed to occur inside the egg, when it accidentally develops with two nuclei, one carrying W and the other Z. If the fertilization occurs with that egg and sperm carrying two male Z chromosomes, the egg will mature with both ZZ and ZW chromosomes. 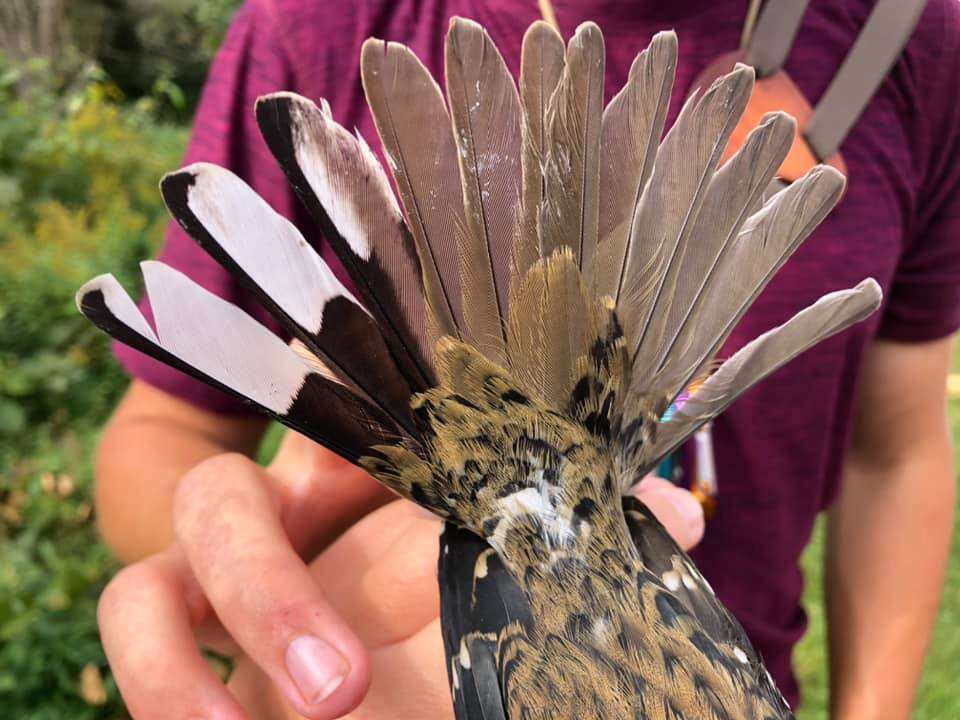 The biologists that discovered the bird now want to find out if the bird can breed successfully. This is theoretically possible since the left ovary of birds is functional and this bird is female on the left side. However, the changes aren’t clear since the feathers might trigger a territorial response from other males. 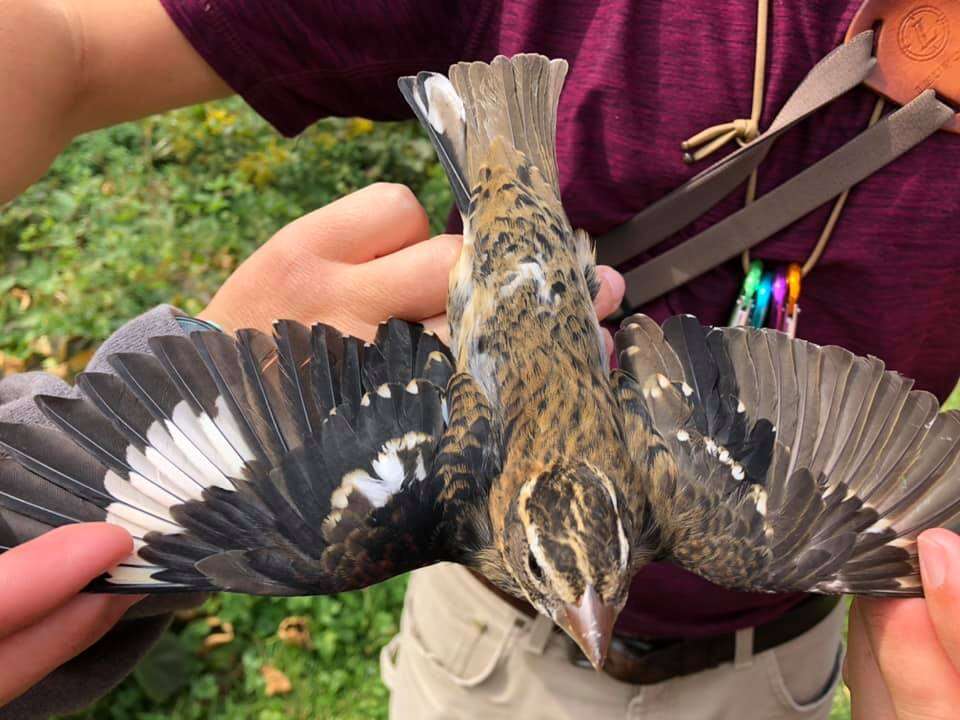 This bird species is a medium-sized, stocky songbird with a large triangular bill. Their necks are short, tail squared, and the chest broad. Compared to the American Robin they are smaller but larger than the House Finch.

Their habitat is located in eastern forests among the deciduous trees and confiners. Most commonly found in regenerating woodlands, these birds often migrate to fruiting trees to help fuel their flight to Central and South America.