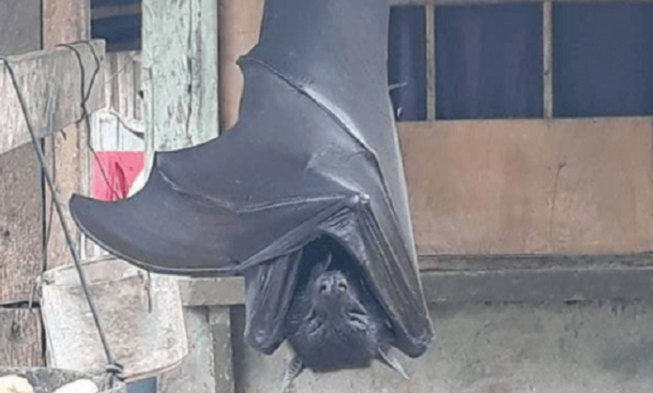 Recently, a photo from the Philippines showing a human-sized bat appeared on social networks and some magazines.

Looking at that photo, individuals living in those areas can be intimidated, so it inspired us to share with you how that photo came about and clarify the details about those bats.

In fact, this image is 100 percent true, no tricks and montages have been applied, but it was taken from such a perspective, showing that the bat looks about five meters high. 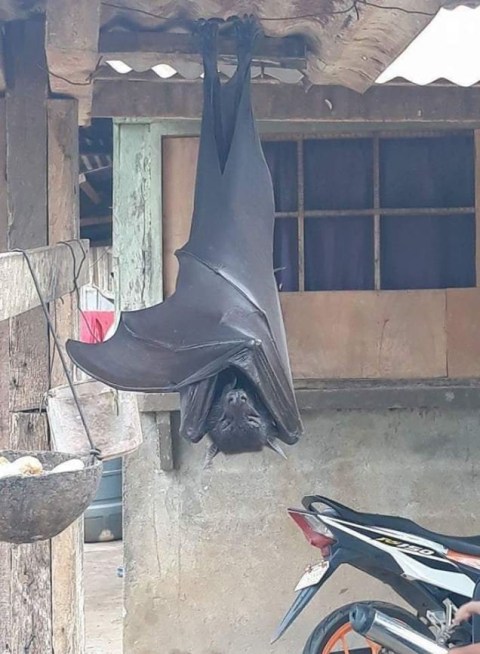 The bat, in fact, can’t be that big, and here are the facts about that species – a giant golden-crowned flying fox:

–           According to their DNA, this species of bat is not related to the fox and they don’t have a tail which is typical of fruit bats

–           They live mainly in deep caves as well as in the rainforests and can be found in the areas around the rivers, where they can easily find food sources

–           The foods they consume include figs, and sometimes cultivated fruits of their food supplies

–           Even female have two breeding seasons annually, they will only become pregnant with a single offspring during one of them

–           It is heavily hunted by poachers in many locations, so, it is in danger of becoming extinct. They are in stiff competition with humans for the fruits and deforestation are other reasons why they are becoming extinct. 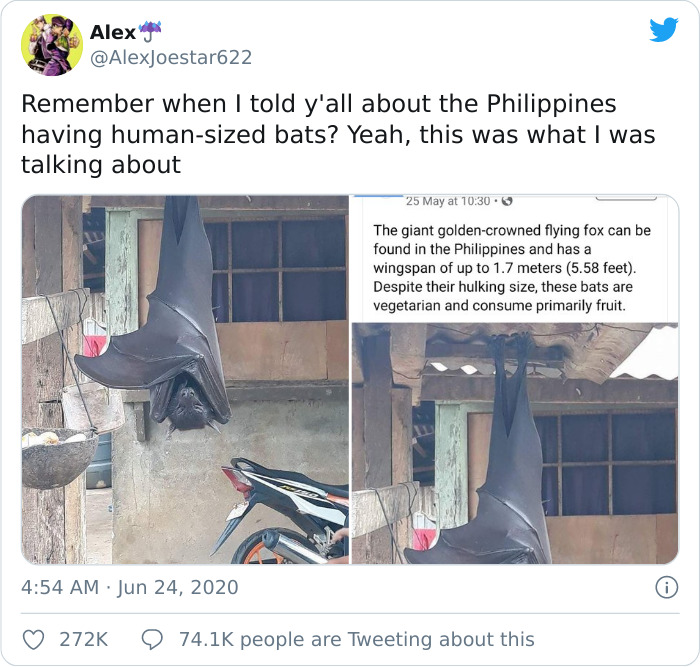 On the picture, shared on Twitter by user @AlexJoestar622, you can see the creature of a giant golden-crowned flying fox – hanging upside down in the outbuildings of someone’s house.

Although this bat has been depicted in “human size,” according to the data above, this is not the case, but it is still one of the largest bats in the world.

The perspective from which that photo was taken gives the opportunity to make something massive or really small. This technique was applied in the filming of the “Lords of the Rings” trilogy, where the hobbits are shown tiny, even though they are actually the same size as the actors.

For that reason, this photo should not intimidate anyone, no matter how massive the bat looks, because this gentle giant is not dangerous to humans, because its sphere of interest is food like figs and other fruits.