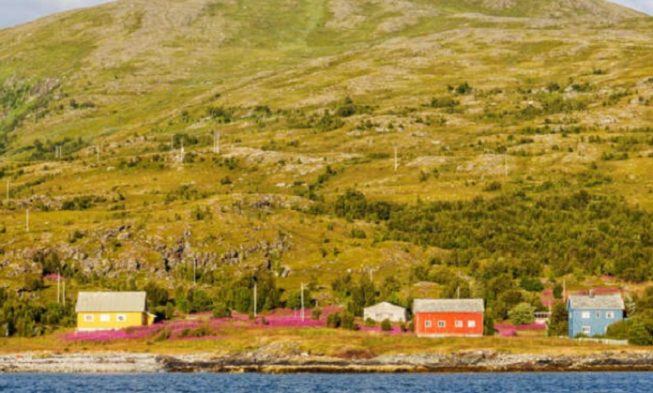 Natural disasters are big dreadful events that occur from natural developments of the Earth. Many different natural disasters can occur such as hurricanes, erupting volcanoes, floods, earthquakes, storms, tsunamis, and other geological processes. Other than the destruction of geological locations and damage on a property, these disasters can cause loss of life and economic damage. The ability to recover depends on the severity of the disaster and the economic stability of the countries the disasters strike.

EM-DAT data shows that between 1994 and 2013, there have been 6,873 natural disasters occurring worldwide. During these 20 years, natural disasters have claimed 1.35 million lives (68,000 lives per year) and affected 218 million people yearly.

Aside from the above-mentioned natural disasters, landslides and mudslides are also very deadly and dangerous disasters.

Difference Between Mudslides and Landslides.

The terms ‘mudslides’ and ‘landslides are usually used equivalently. However, the two terms are different from one another. Both mudslides or landslides usually occur together with another natural disaster.

Mudslides usually occur together with a flood or when another large amount of water wears away the soil on a steep slope. Aside from floods, snowmelts or intense rainfall can be the trigger for a mudslide. However, it has to be a great volume of water that mixes with the soil to create a mudslide. The water mixes with the soil and causes it to liquefy (or muddy) which will make the soil move downward. The soil can turn to watery mud or thick mud with lots of debris (trees, boulders, houses, etc.) and can cause lots of damage to the area it affects. If the affected area is populated, it can cause lots of death.

Unlike mudslides, landslides usually occur together with falling of the soil or large rocks. When landslides occur, usually it’s together with volcanic eruptions, earthquakes, extreme droughts, or other factors that can cause disturbance to the landscape.

Worst Mudslides in the Past

These are the three worst mudslides that have occurred in the past starting with the worst one:

On June 3, 2020, Kråkneset in the Alta municipality in northern Norway was struck by a mudslide. The mudslide was 610 meters wide (2,000 feet) and was able to take eight houses with itself. Luckily, no humans were harmed from this natural disaster and some people were able to catch it on camera. Only one person had to be evacuated from his property and the authorities were able to do it on time. The only victim of the mudslide was one dog but thankfully, it was able to swim to shore and survived.

The only victim caught up in the enormous mudslide in Norway was this dog, who swam to shore and is fine https://t.co/zHmQv6H9Ts pic.twitter.com/EiDE9BOnVx

One local was able to notice this event by hearing a loud bang. At first, he thought it was an intruder but after he realized what was happening, he ran outside and filmed the disaster. Authorities were notified around 3:45 pm about the natural disaster and they launched a rescue mission as quickly as they could. The area that was struck by the mudslide was 150 meters high (500 feet).

Another video was made that shows the moment a huge part of the land moves off into the sea. The disaster continued to occur for several hours after the homes were displaced by the initial wave.

A powerful landslide in Alta, Norway carried several houses into the sea. There were no reports of any injuries, according to the local media pic.twitter.com/CrDoBCSpvN