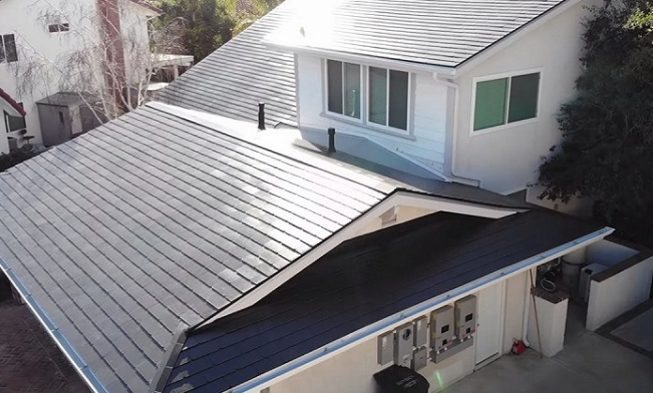 Tesla is a company owned by Elon Musk that makes electric vehicles which include but not limit pick-up trucks, semi-trucks, ATVs and more. However, this company’s invention is not limited to only its auto industry. They have made a shocking invention that took the solar industry on its feet again.

This is the most exciting project that the company is working on and it’s an affordable solar roof. This roof does not cost a lot more than the price of a normal roof that’s on your house right now. The company was hoping that this product would be out by 2018, however, there were some hold-ups in the process of production and its release date was delayed for two years.

However, during a meeting in the past year, Elon Musk stated that this roof will be the most affordable and durable roofing on the market.

Elon Musk stated that:“We are about to complete version 3 of the solar roof. This is actually quite a hard technology problem to have an integrated solar cell with a roof tile, have it look good, and last for 30 years. I am very excited about version 3 of the solar roof. We have a shot at being equal to a comp shingle roof plus someone’s utility cost or being lower than that. That’s one of the cheapest roofs available. So you can have a great roof with better economics than a normal fairly cheap roof and your utility bill.”

The company believes in its invention strongly, which is why they guarantee the life of the roof to last for life. The roof will generate power at least for 25 years. After that, it is predicted that the electrical components might need to be repaired.

The solar roof panels of tesla are being created in Buffalo, New York, where Tesla’s company Gigafactory 2 is located. However, it is still unknown when these panels will be available.