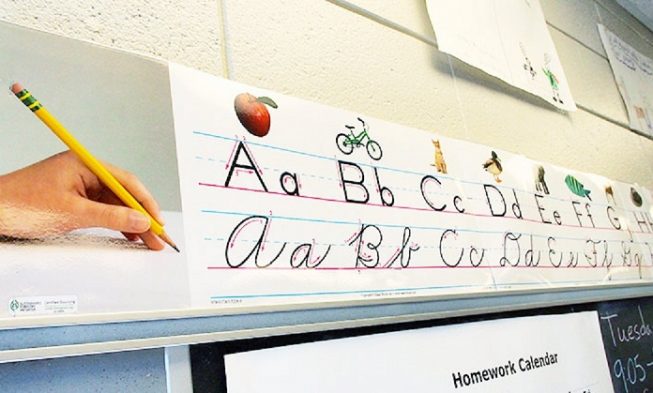 The continuous invention of gadgets and the advancement of modern technology made many academic practices obsolete and old-fashioned. Many districts and schools in the world have taken off handwriting in their curriculum. They replaced cursive skills and old calligraphy with proficiency in writing on a keyboard. Additionally, many outdoor activities have been taken out and replaced with more screen time, making Generation Z miss out on a lot of stuff.

However, the State of Texas decided to bring somethings back. Initial changes were made in 2017, however, the 2019-2020 school year is planning on teaching cursive writing skills again. The development of children will become detrimental if too much technology is involved in their life. Even though some computer and technological skills are essential to have, scientists have proven that hand-written notes are easier for children to understand and learn from. Since the early 2000s, cursive writing was taken off the curriculum.

Benefits you have from cursive writing skills

The Texas Essential Knowledge and Skills made an update where they examined the state’s standard for the curriculum in every grade and concluded that the second graders need to take classes on cursive writing from 2019-2020 new session. The cursive writing classes will take until their 5th year. Not only is cursive a fine art, but it is also a great stimulant for the brain. This can synchronize the communication between both the right and left hemispheres of the brain which cannot be done by texting or typing.

Even though many benefits have been proven by scientists about cursive writing, many parents think it’s a waste of time to add it again in the curriculum of their children. They think that their children are taken back two decades instead of going forward for the future.

Diane Schallert, a professor of educational psychology at the University of Texas explains that “Language is so integral to the thinking process. In the first grade, we learned only cursive, we never learned to print. In language comprehension, there’s this reciprocity between producing and comprehending.”

She says that “There’s only so much time in a day. Whatever you decide to put into the curriculum, you’re deciding to take something out.”

Other schools took a step ahead of the TEKS board such as the Schools in the Temple Independent School District. These schools include cursive as part of their lesson plans and as of now, it is a full subject in the standard curriculum.

Elizabeth Giniewicz, an executive director of elementary curriculum for Temple ISD explains that “It’s important that our kids are able to communicate through the written word and through the spoken word,” Additionally, she says that cursive writing will help the children develop a better hand-eye coordination, memory, fluidity in writing, and motor skill development.

Giniewicz states that “It helps make those connections and the fluid strokes and all of the lettering so your brain just develops appropriately.”