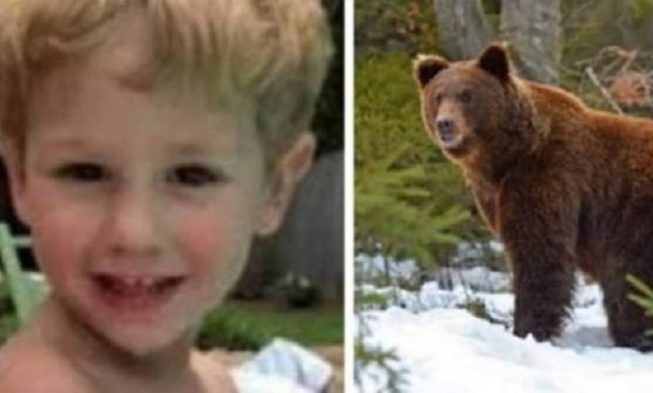 A missing 3-year-old boy found alive after spending two nights of heavy rain and freezing temperatures in the woods. He claims it was a bear keeping him safe and warm.

In January 2019, 3-year-old Casey Hathaway was staying with her grandmother in North Carolina. He was playing in the garden with two other children. Casey was not with the other two children when they came home. His parents describe him as a very curious little boy. So, they thought maybe something had piqued his interest and he set off to explore. It was then his grandmother realized Casey wasn’t nowhere to be found. Then, she called the police.

FBI authorities and professional U. Marines joined with volunteers in searching for Casey Hathaway when he disappeared from his grandmother’s home in North Carolina on Tuesday afternoon. The first night Casey went missing, the temperatures dropped to 20F. Conditions were so bad, in fact, that the search had to be canceled. Needless to say, the family was quickly losing hope. The chances of him being found alive were low.

Helicopters, drones, k9 units, divers and hundreds of volunteers were included in the search. As the troubled family waited for updates, one of the neighbors walking her dog heard a loud cry coming from the bushes. Away 40 yards up the road, they found Casey tangled in some thorny bushes. Rescuers had to go through waist-deep water to reach the boy. He was cold and wet from the rain with a few minor scratches. But otherwise he was good.

The question everyone was wondering was how did this little boy survive two nights in rainy, icy conditions with only a few scratches? While in hospital after being examined by doctors, he explained to his family how. According to Casey, a friend in the woods kept him warm. This friend was nothing more than a brown bear.

“He said he spent two days with a bear” his aunt Breanna Hathaway shared on Facebook. “God blessed him kept him safe by sending friend. God is a good. Miracles happen.”

Even the family don’t know how accurate Casey’s version of events is. Although it isn’t the first time that a story like this has made headlines.

In 1888, The New York Times reported the disappearance of a 2-year-old girl who was found in a ravine. She claimed that night that she had slept next to a bear that kept her warm.

In 1955, Ida Mae Curtis, 2, disappeared in the Kootenai National Forest in Montana. She was found after spending two days of heavy rain. She also explained that bear had cuddled and comforted her while she was away.