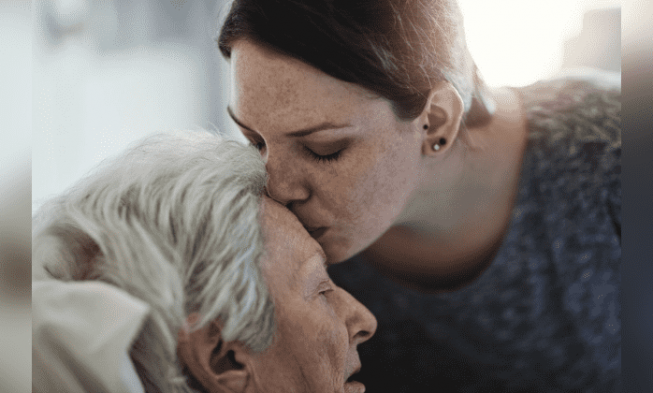 If you’ve ever have a void of some sort created by someone in your life, your mother will fill that void for you. However, when your mother leaves from your life, that void cannot be filled by anyone.

The mother pelican lays a brood of chicks. As the chicks grow older, they get hungry, violent, and unappreciative of the care their mother gave them. They try to take her eyes out and make her appear fatigued and scruffy. When the mother reacts, she may strike more than one of her chicks dead, however, she immediately regrets it. She pierces her breast open with her beak and bleeds out. She did not kill herself to escape the harsh reality but to help her chicks feed on her. They can feed on her flesh for weeks until they are strong to take care of themselves.

When a woman has children, everything in her life changes. Mothers have it much tougher than fathers when raising a family. The mother has to birth the children, nurse them, and nurture them for the first couple of years of their lives. During these stages, children do not understand the sacrifices and love their mothers give them. These children can act wild, throw tantrums, act silly, which can lead to the mother feeling ragged and sometimes she can snap a few twigs. However, if the mother is forced to give her life for her child after all of the tantrums it gave out, she wouldn’t even think about it but sacrifice herself right away. The mother is ready to work three jobs to provide for her little ones. The love she has toward her children is impossible to describe.

An active mother’s presence is priceless for the development of a child. The mother considers her children above anything else in their lives. As the children get older, they start to understand just how irreplaceable their mothers are in their lives. When the children reach their teenage years, because of the hormonal phase that they go through, they believe that their parents do not like them and will never understand them. However, when the children become adults, they can finally understand and appreciate the unconditional love of their mother in a way that will overwhelm them. They will know that they can always turn to their mother for help no matter what the situation is and their mother will always be there to help them.

The impact a mother has on the development of her child’s life is much more than emotional. Many people don’t believe that the parental love and care can have physiological effects on their children. A recent study was made and the brains of two three-year-old children were analyzed by a neurologist. The results showed big differences between the two children. One child had caring parents and a loving, warm home, while the other was seriously neglected. The brain of the first child was visibly larger with fewer dark spots and areas that may be lesions (abnormal tissue). The other child’s brain was very different. The brain as much smaller and had several, large dark spots and was marred by dark areas as well.

Doctors explain that the child with a smaller brain has higher chances to develop severe health problems and mental disorders. One of the main reasons why children do not perform academically is the neglect from their parents. The functionality of several brain genes, as well as the ones responsible for intelligence, do not work properly. However, if a child is cuddled, read to, kissed, and taken care of well can reach further in life than the one that is sent to bed with yelling by drunk parents.

The influence of the mother-child relationship is amazing and can help the child develop a strong emotional base in its life.

Jisha Joseph wrote a post on Shared.com after losing her mother:

“The day I lost my mother is one I will never forget. I remember each and every moment of that day with such clarity that I couldn’t erase it from my memory even if I tried. From the grey forlorn sky to the leaves of her favorite lilies sagging from the weight of the downpour the previous night, it was as though the earth itself was mourning her departure. And why wouldn’t it, she was such a phenomenal woman who spread joy and comfort to all those who crossed her path.”

This story of hers represents the darkness that comes along with the death of a mother. Everything in the world comes to a pause for the person and the heart pain is so severe that can manifest to physical distress, which is known as Broken Heart Syndrome.

No matter how strong the person is, there is nothing in the world that prepares them from the void that is created when their mother passes. The mother is the most integral part of the existence of a person, which is why when she passes away it feels like a part of your life is being taken away from you. Many people never seem to stop grieving their mothers. Even though eventually the pain will dull away, it will never completely leave you.

You will never stop needing your mother as long as she is well and alive. When they have their mother’s guidance, women tend to become better mothers in their life. Many young moms say that they wouldn’t be able to go through motherhood if they did not have the support and guidance of their own mothers from the beginning.

“Who do I go to now when I’m having a bad day? Whose shoulder do I cry on when the lilies in the restaurant remind me of her? Whose lap do I rest my head on when it all becomes a bit too much? To whom do I confess my regrets of not having done enough for her? Whose gentle voice will remind me not to dwell on what I’ve lost and instead be grateful for what I have? I’m haunted by the thought that I never really let her know how integral a part of my life she was. Did she know she means the world to me? Did she know I’d be so utterly lost without her?”

These questions burden anyone that loses their mother. You will think that it will be impossible to continue your life without her and you’ll be wishing that you can do something to bring her back.

“She passed away peacefully in her sleep with the hint of a smile on her face. I’ve often wondered about the secret behind that smile. Was she dreaming about something? Or was she greeted by someone or something on the other side waiting to take her to the beyond? Whichever it was, I’m glad there was some joy in her final moments. She deserved all that’s good in the world. She’d seen enough pain in her life.”

Even though your mom might have left you with a part of your soul, she will never rest in peace until you find your peace as well. Even in death, mothers put their children’s lives before anything else. Make sure you surround yourself with family, friends, and people that will give you the care and love you deserve. Stop battling with yourself and the grief. Let it dim overtime and do not let it consume you. In the end, you will need to accept that even though your mother is gone, she lives as a part in you. All of the memories you’ve shared and the love she gave to you will live on forever inside of you.