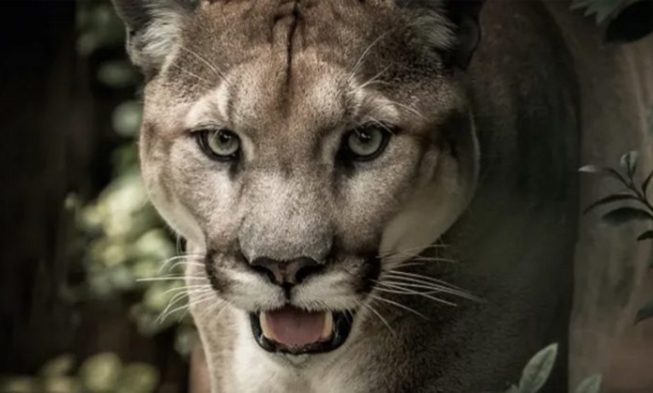 Over the years, humanity killed half of all plant species and 83 percent of all wild mammals, according to scientists. If humans didn’t exist on planet Earth, there will be no rapid loss of species as we see today. However, the number of dying species has risen over ten thousand times today.

It doesn’t matter how much we know about the species and how many are there, the reality is different than the books. The numbers of animals left are grim. It is estimated that there are no more than two million different species on earth. During one year, the extinction rate varies from 0.01 to 0.1 percent, meaning we kill two hundred to two thousand species of animals every year. However, some experts estimate there are one hundred million different species on the planet. If this estimation is true, that means we are losing ten thousand to one hundred thousand species each year.

It is not always easy to determine whether or not a species or subspecies are gone extinct. For instance, scientists have debated on whether the Eastern Puma still exists, and went even further – they started questioning if the Eastern Puma ever existed at all.

The U.S. Fish and Wildlife Service (USFWS) officially declared the Eastern Puma extinct in 2018. This animal could be found in eastern states of the U.S., specifically along the Mississippi River. But scientists claim that the puma hasn’t been seen in the wild for more than eighty years.

In the official declaration from the USFWS it is stated:

“Given the period of time that has passed without verification of even a single Eastern puma, the Service concludes that the last remaining members of this subspecies perished decades ago.”

The main reason for their extinction is human interference, as pumas had a complicated history with them. When Europeans settled in those areas at the beginning of the nineteenth century, they started to kill pumas and sold their fur. They also wanted to stop them from interfering with their livestock.

Over the last century, none of this species has been seen in the wild forests along the Mississippi River and the wildlife officials are claiming there is no evidence of sustained breeding.

Despite this being such tragic news, do not rush to get your encyclopedia and search for Eastern Puma.

It is not known if scientists are justified in classifying the Eastern Puma as a separate subspecies. When the first settlers from Europe came in North America, for instance, they gave the North American cougar, Eastern cougars, Western mountain lions, and the Florida panther each a unique label. However, the labels mountain lion, cougar, puma, and catamount refer to specie known scientifically as Puma concolor.

Scientists gave cougars different classifications based on superficial variances such as the size of their heads and whether they were found in different areas of the country. But regardless of the name they were given, they all carry the same genes.

Therefore, people started asking if the Eastern Puma ever existed.

Sightings of cougars have been reported over the decades in New Brunswick, Canada, where experts have been debating on whether this animal existed. There is very little evidence that it was seen over the years. The research curator of zoology at the New Brunswick Museum, Don McAlpine, doubts there ever existed a unique population of cougars there.

He said: “There may never have been a distinct population of the eastern cougar to go extinct.”

“And secondly, there may never have been a resident population of cougar in New Brunswick anyway, regardless of whether it was eastern or anything else.”

Additionally, he believes that the animals that were seen would have been the offspring of cougars that were captivated. The United States decided to remove the Eastern Cougar form the endangered list, and McAlpine believes it is because of an inadequate science.

He added: “It perpetuates a public perception that New Brunswick once supported a northeastern-unique population of cougar.”

Is it Possible for the Cougar to Come Back?

The population of cougars was threatened in the nineteenth and early twentieth centuries, when people started to eradicate their forest habitats for themselves and to make way for farmland. They were known as competitors for animals like dears and were a threat to the livestock. Therefore, humans started to get rid of them.

However, it is believed there are probably a few Puma concolor in the Northeast now, but not from the east.

It is estimated that the current range for cougars in the West ends at the Rocky Mountains. Scientists are determinate to track populations of cougars since the nineties, and they believe this could be the beginning of a population re-establishment. In the upcoming twenty-five years, that a stable cougar population throughout the Midwest might become true.

Cougars are an important part of the ecosystem. It goes like this: large carnivores prevent the deer population to become too large. This, in turn, reduces tick populations that can harm our health.

Mark Elbroch and Anna Kusler in the journal PeerJ, describe the cougars as subordinate predators, meaning they are carnivores, but at the same time are at risk of being attacked from other predators. Cougars are put at greater risk of starvation, displacement, and even death by direct competition with other predators that are dangerous to them.

Today, it is not considered that the overall cougar population is endangered. But the authorities recognize the number of cougars has declined, as we lack research showing the influence humans have on them.

Michael Robinson, who works at the environmental advocacy group Center for Biological Diversity, is hoping to see state governors delivering ideas for protecting the cougars. For now, these carnivores are managed on a state-by-state basis, and unfortunately, they can be haunted with a permit. The states will be able to protect them more if cougars are delisted as endangered.

Scientists discovered that western cougar populations are heading east. If a female cougar is seen in these areas, the populations may rebound. Reintroductions as a way to boost the population could be a good alternative for these animals. Robinson and Ebroch support the protection and are hoping that the ecological balance these predators provide will be reestablished.