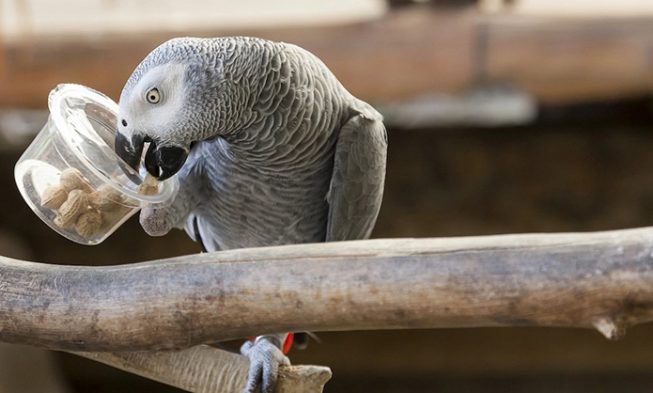 Alex was a parrot with excellent skills. His mental performance and communication skills changed how animal intelligence is perceived by scientists and the public.

Alex was the subject of growing media attention for three decades, starting in the late 1970s. Nature documentaries featured him answering questions, differentiating between different colors and forms, doing basic math, and communicating emotions of affection, frustration, and boredom verbally.

For 30 years, during her research into animal psychology, particularly that of birds, this groundbreaking bird was Dr. Irene Pepperberg’s colleague and test subject. Birds weren’t known to be intelligent animals until she started her studies with Alex.

In fact, the word ‘bird brain’ has often been used as an insult to ignorance. Dr. Pepperberg’s experiments, however, changed the outlook entirely as she showed the capabilities of the African gray parrot through numerous cognition exercises.

Alex had developed a number of abilities commonly considered beyond animal thinking by the time of his death in 2007. He showed that the intellect of some birds is even on par with that of dolphins and primates, usually considered to be some of the smartest animals in the world.

Alex had a vocabulary of over 100 words, but he seemed to understand what he was saying, which was remarkable. For instance, he might mark it correctly when Alex was shown an object and asked about its form, color, or material.

No matter what its size or color, he could define a key as a key, and could decide how different that particular key was from the rest of them.

Pepperberg used a very special training technique that was specially developed for Alex. One of the researcher’s assistants served as a competing student for Alex in this intriguing approach.

If a question about an object was answered correctly by the rival student, they would get rewarded. That would go on to inspire Alex to obtain a similar achievement to get the reward.

That’s how she managed to get to the amazing results that Alex was performing at the time that revolutionized the way we see birds today.