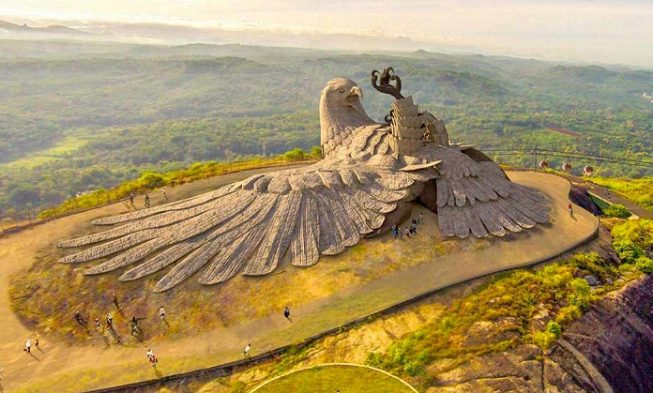 Jatayu Earth’s Center is a national park located in Kerala, India that offers an amazing view of the nature that surrounds. India’s tourism department and Rajiv Anchal, a film director and a sculptor, created this park as a shared project in late 2017. Since then, this nature park has become a massive hit with tourists because of its bird sculpture is the largest one to exist in the world.

The name of the bird is also Jatayu and its measurements are incredible. The bird sculpture’s dimensions are 70 feet tall, 150 feet wide, and 200 feet long. The details on the sculpture are very surprising due to its size. It has individually layered and decorated feathers. The bird’s amazing wings spread out on the ground which allows visitors to climb onto the statue’s head and talons. Additionally, this statue also functions as the Earth Center’s building and climbing on the bird’s belly means that you’re climbing on top of the building. This incredible structure took Anchal along with his team 10 years to finish.

Aside from its incredible architectural points, the giant sculpture has an additional important context. The bird Jatayu is based on a Hindu epic called Ramayana. In the epic, the bird is known as the “Noble bird of divine origin” and the legend states that he tried to save Sita, the wife of Lord Rama. Lord Rama is thought to be the incarnation of Krishna and Vishnu. After Sita is being abducted by Ravana, the demon king, Jatayu comes to save her.

Jatayu battled with Ravana and the king cut off his left wing and took Sita and escaped. The statue of Jatayu is meant to be a tribute to the dedication and safety of women. Symbolically, the sculpture recognizes a “bygone era when humans, animals, and other living forms care for each other, and fellow beings lived peacefully on this Earth.” 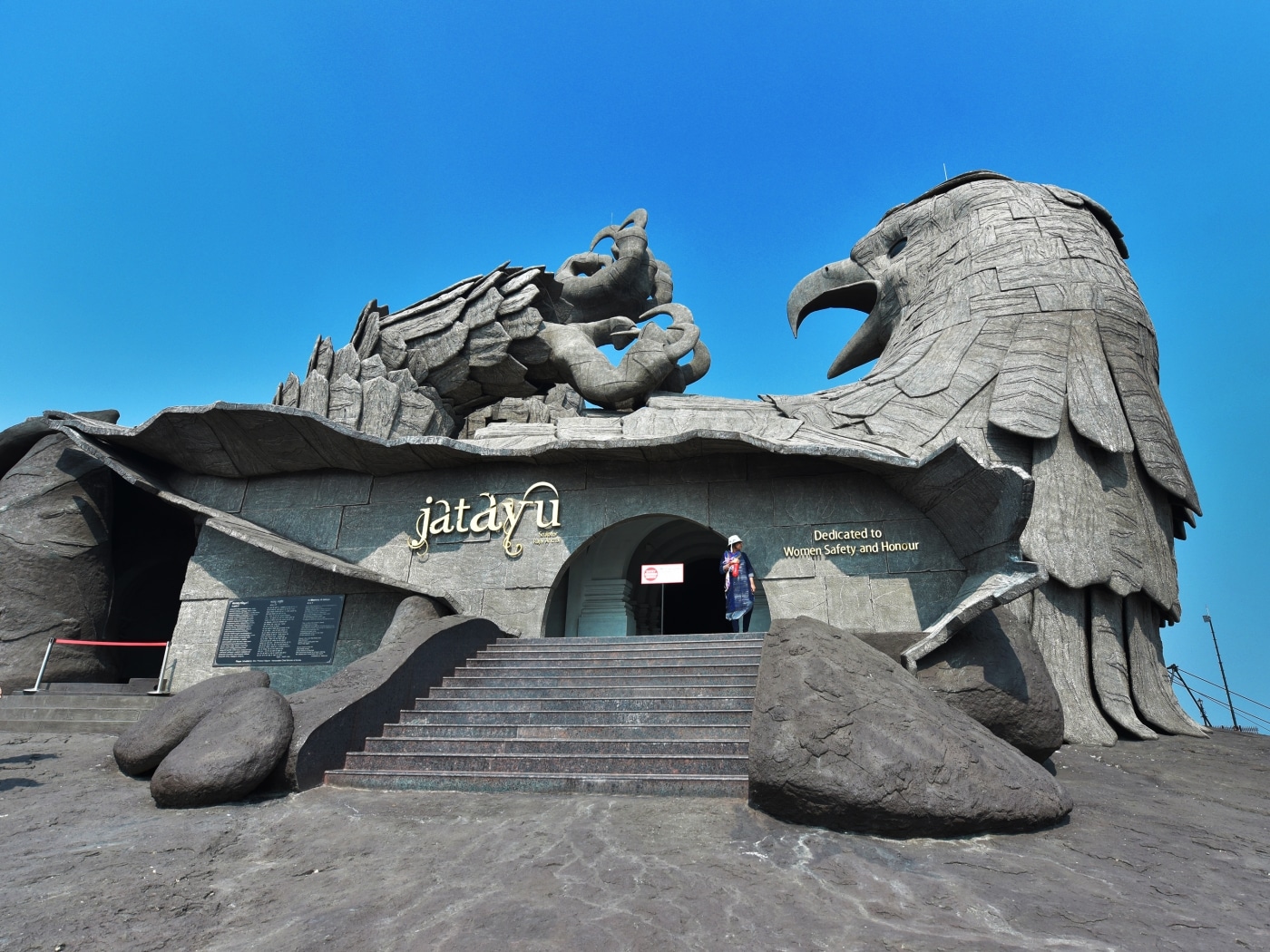 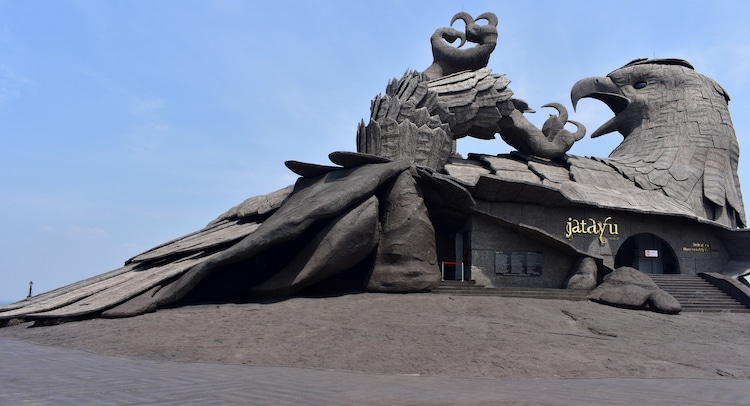 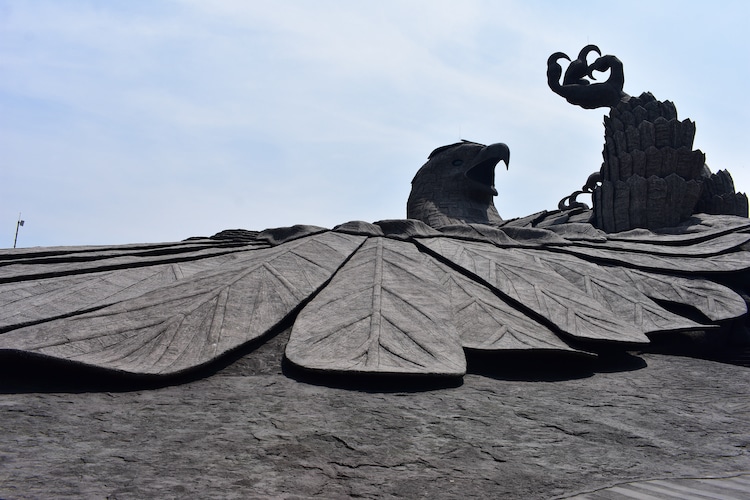 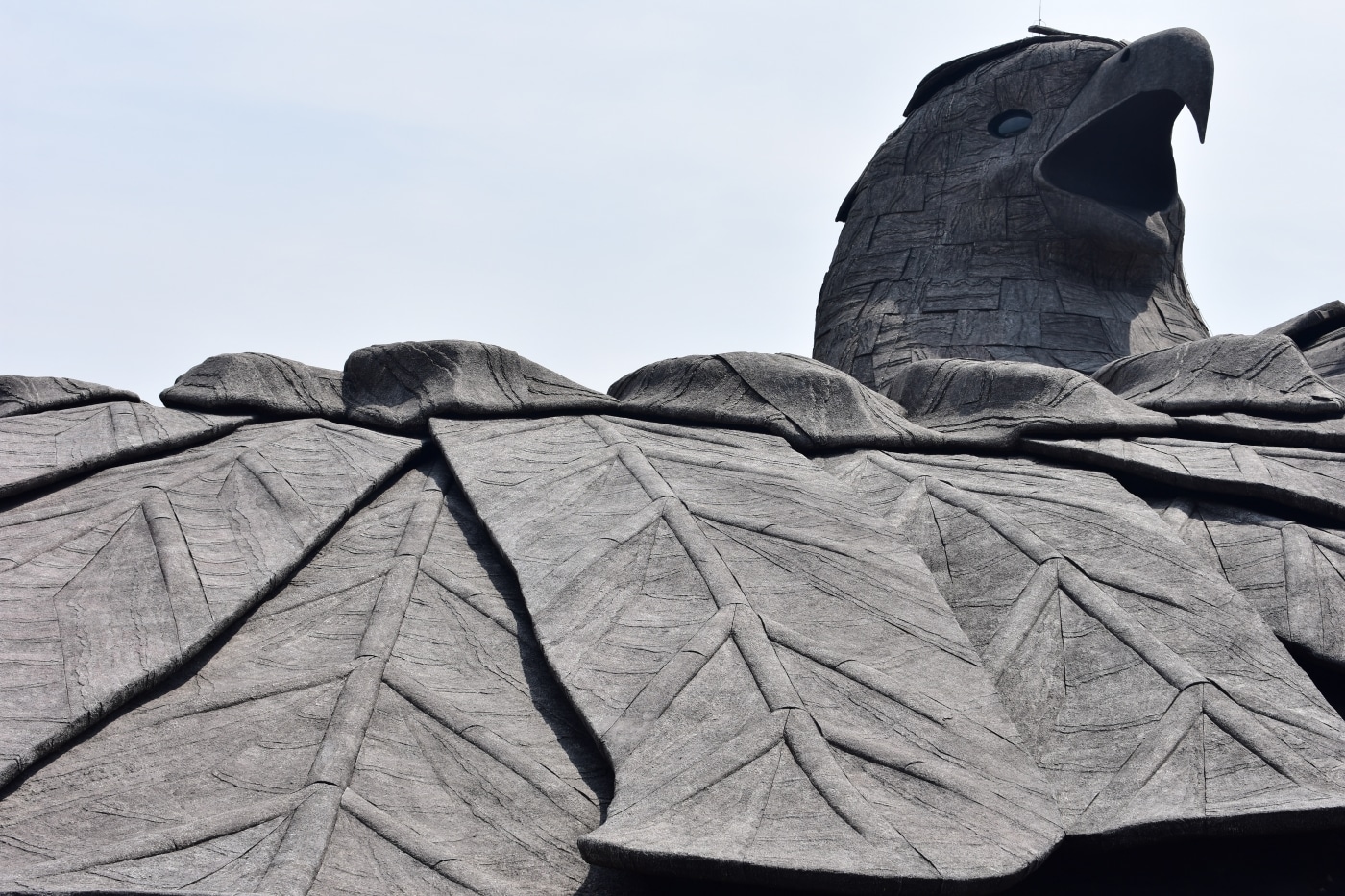 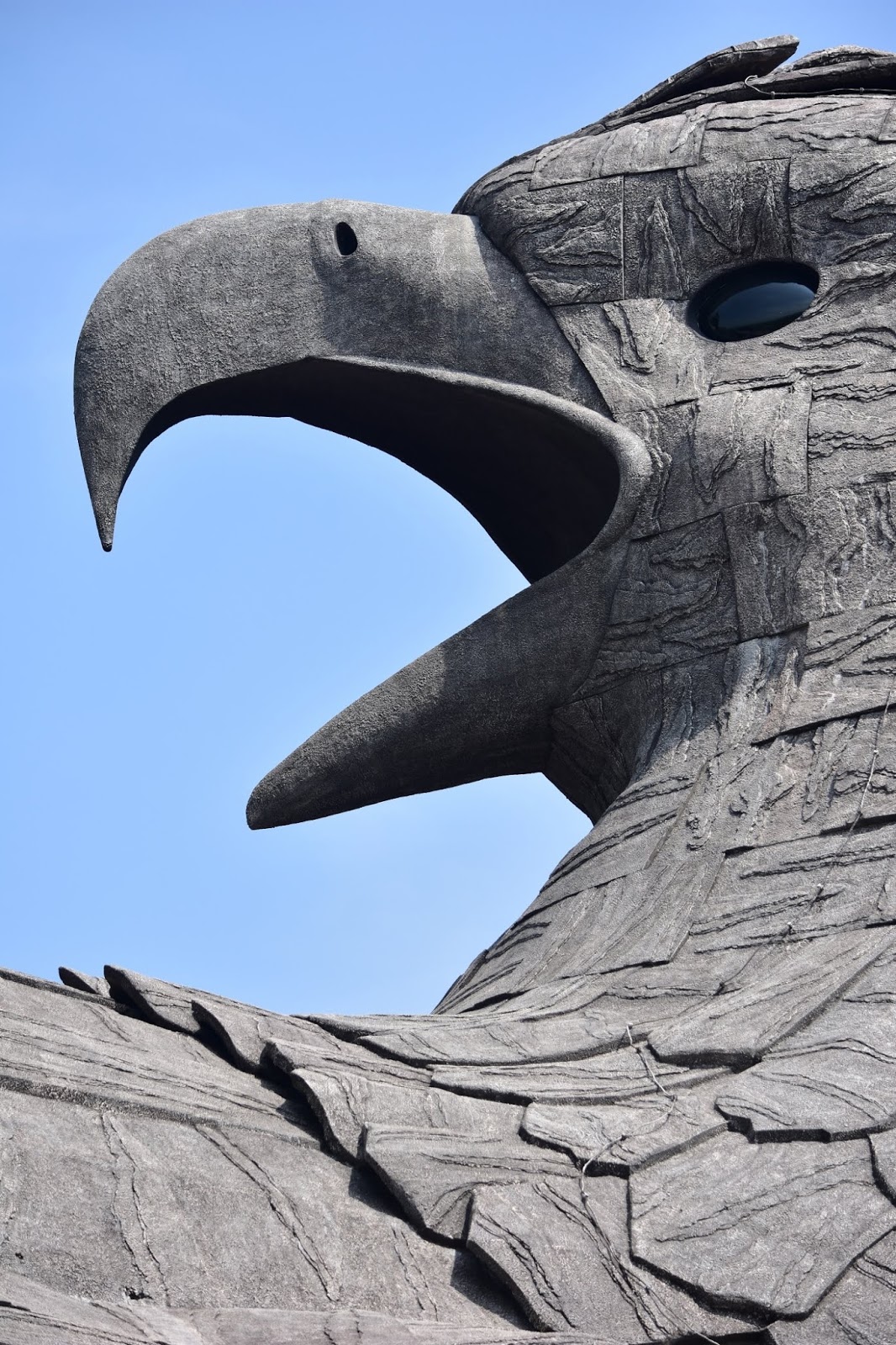 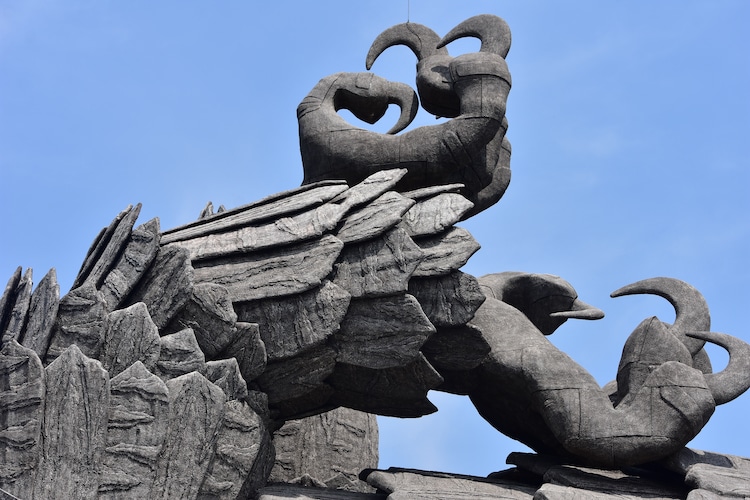 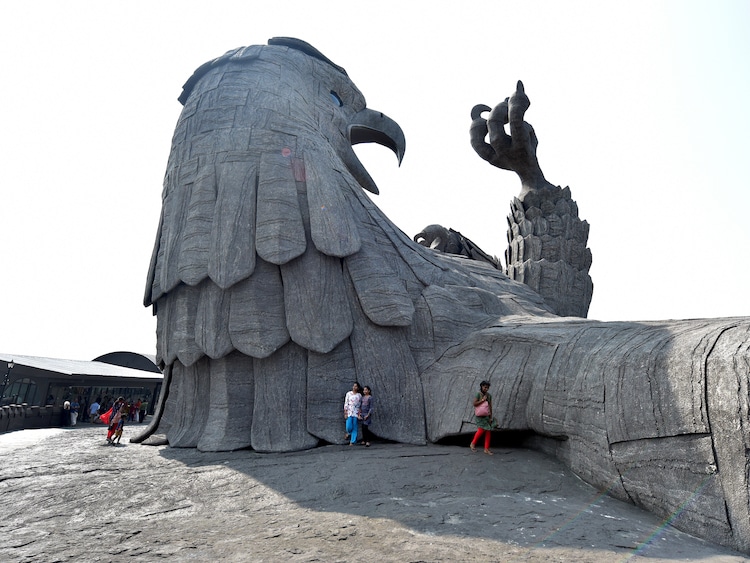 Never have I ever seen something quite as magnificent as Jadayupara – a mythical eagle that just so happens to be the largest bird sculpture in the world! 🦅 • Huge thanks to @keralatourism for an amazing 2 weeks exploring all four corners of Kerala and @withlai for the drone snap!