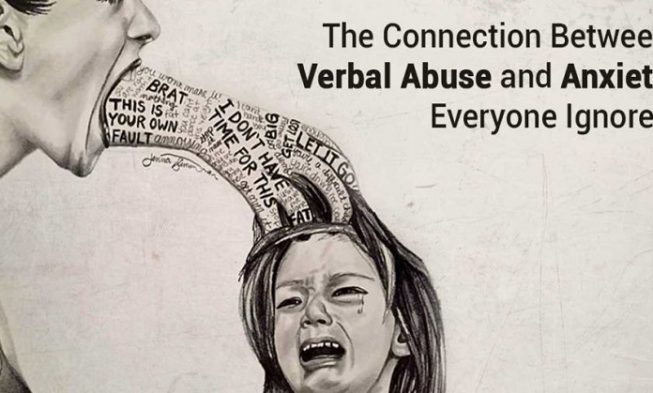 Advice How to React with Abusers

Long-term mental abuse and anxiety are closely related, especially when someone goes through a trauma and a lot of stress. In that case, they develop mental disorders, and here the anxiety is the most common.

Everyone needs to know that insulting, yelling, and disrespecting someone may lead to harming the affected individual. In many situations, the verbal abuse is as harmful as physical abuse.

What concerns the most is the mental health in teenagers and the increasing numbers of teens in the therapeutic centers for anxiety and trauma, especially in the US. So this brings up the attention and the need to understand and know about this kind of abuse and its consequences.

The Worst Form of Abuse is Verbal

The verbal abuse can be both real-life and cyberbully. Both forms are damaging, and according to the scientists, it has an impact on both hemispheres of the brain.

The worst case is when a person is verbally abused since a child, which results in a lot of serious problems later.

Verbally abused individuals are affected by harming their self-esteem, which shows that both mental and verbal abuse is the same thing. Having in mind that these traumas have a negative impact on person’s overall mental health, no one wants to experience this condition.

If you are one of those who have experienced such situation, you are aware that it can totally influence your life, interfering with your relationships as well as work.

In this article below we offer you some symptoms you should know:

How to Notice Verbal Abuse

Abusing can be done where people cannot see. The abuse can happen at school, at home, or even at work. People choose these places to abuse other people because they think that no one can know. This kind of abuse may lead to serious trauma and harm to an overall person’s health.

People who are abusing others do not appreciate what others are doing and never think that whatever someone does is good enough. The persons abused this way feel the emptiness and feel like they do not have a purpose.

Abusers usually use name calling in order to manipulate with other people, giving them even the orders.

The good mood of others makes abusers feel like they are losing the control. This “motivate” them to choose that moment in order to make that happy person feel bad again. The unhappiness of others feeds them off.

You need to be careful if you have a person like this in your life, and never let them achieve their aim.

Abusers usually attack someone’s hobbies, interests, and other things they like. Abused people begin thinking that they are not good enough, they feel worthless and may end up lying about such things.

Unfortunately, the people who abuse never admit they have done something bad or apologize to others. They think of them that they are the best, and they are the ones that are always right.

Abused people usually avoid social situations, trying to protect themselves from abuse. Accompanied by others, they feel anxious and uncomfortable, which is the result of low self-confidence.

Those people need an attention and you should talk to them and ask them about their feeling.

Blaming is another characteristic for people who abuse, and they will usually blame others for everything. In such case, the abused individual begins to think they are not good and worthless. This is something that can seriously damage their health.

Making jokes at someone’s expense, most of the time needs to be done with permission. If it is not the case, it may end up in hurting the other person, and they may feel worthless as well as frustrated.

We believe that after reading this article you will become more aware of verbal abuse, and you will pay more attention and start noticing things around.

– Gotta Do The Right Thing