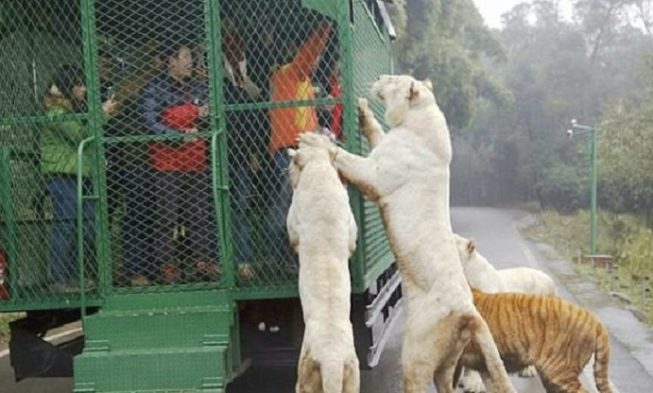 Many animal rights activists fight against circuses and zoos because of the way they treat the animals and abuse them. Animal captivity is wrong and no animal should be taken out of its natural habitat. They should have the right to move around freely and not for our entertainment.

Keeping a wild animal in cages is inhumane and torture. Not only do we destroy the natural habitats of many animals, but we also imprison them for our entertainment. 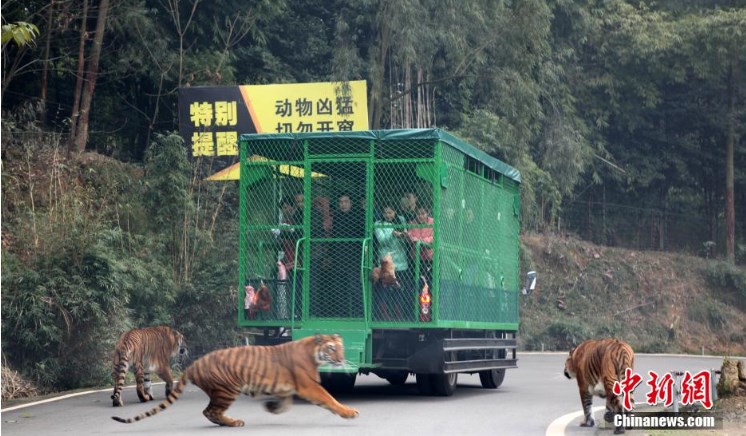 However, a zoo in China has found the most intriguing way to bring customers to see the wildlife without taking the animals and putting them in cages.

Many zoos around the world are closing and others find a way for humans to still come see the animals but treat the animals in a humane and non-abusing way. This zoo has found the most exciting solution which can bring people much closer to wildlife without the abuse of animals. 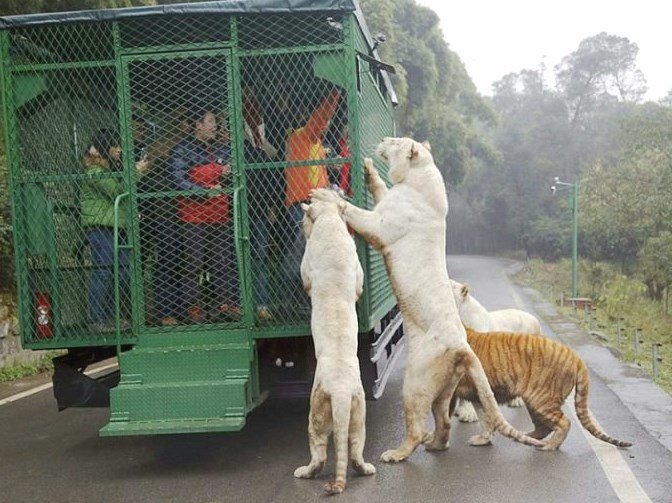 Located in China, the zoo is called The Lehe Ledu Wildlife Zoo. The way this zoo works is they allow people to see the wildlife roaming free. The people are confined in a caged vehicle which rides around the park with word’s most dangerous predators. These predators include the Bengal tigers, lions, white tigers, and bears. These animals stalk the vehicle with people just like prey.

The caged vehicle with the visitors inside has bait attached around it. Chunks of meat have been tied on the outside of the cage to attract wild animals. 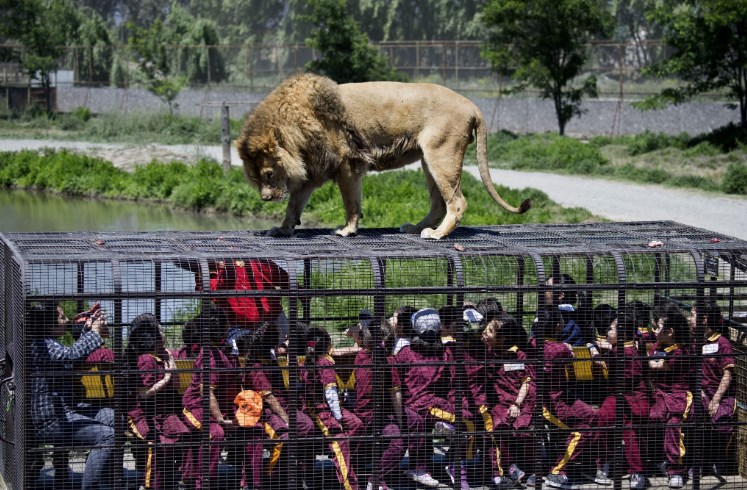 Additionally, people can feed exotic animals through small openings around the cage. Instead of viewing the animals from a safe distance, this zoo lets you get very close to them. These wild animals will be basically eating out of your hand!

“We wanted to give our visitors the thrill of being stalked and attacked by the big cats but with, of course, none of the risks. The guests are warned to keep their fingers and hands inside the cage at all times because a hungry tiger wouldn’t know the difference between them and breakfast.” 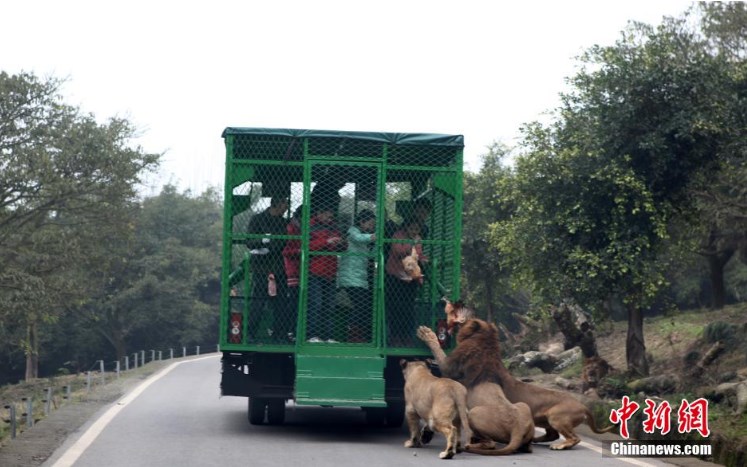 People love this kind of attraction. Many local Chinese tourists have been visiting this zoo alongside international tourists. The zoo is constantly out of tickets. 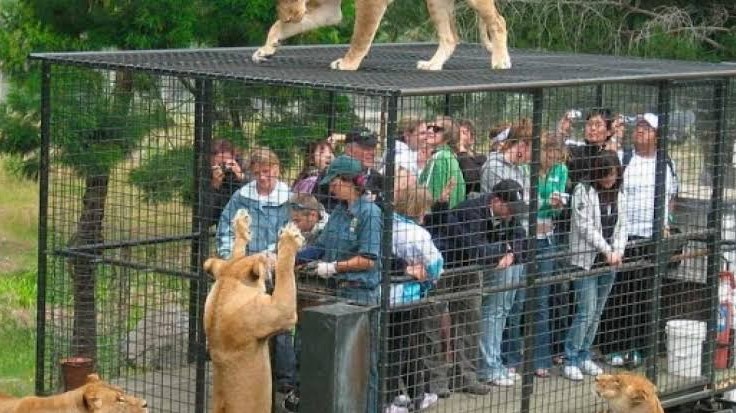 “It’s nothing like I’ve ever experienced in a zoo before. We’re not looking at them, they’re looking at us – and we’re lunch.”