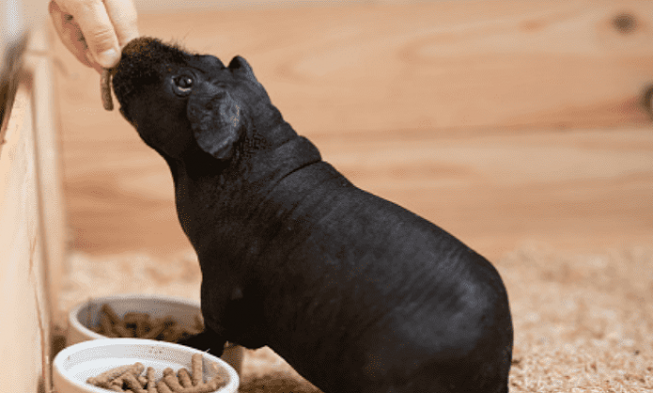 Soft and cuddly animals are people’s weakness. Everyone enjoys looking at them, even those who don’t really adore animals and don’t feel like taking care of them.

People have been having dogs and cats as their most common pets many years now. But nowadays, smaller animals are starting to get really popular. There are some pretty cute, pocket-size rodents, like guinea pigs and hamsters that people have gone crazy about. And if you are one of those people who just love having miniature pets, then “skinny pigs” would be perfect for you.

This kind of pigs look like a teeny tiny hippo. Some might think that they are an internet hoax, but the truth is, they really do exist. 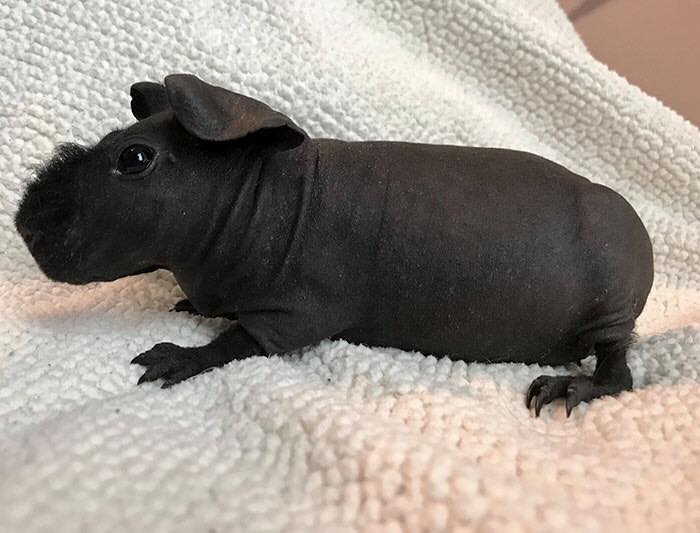 You’ll be shocked by the fact that this special breed of guinea pigs have hairless bodies, except for their muzzles, nose and feet where you can notice a little fur. And regarding their color and pattern, they share the same characteristics as the normal pigs – it varies. 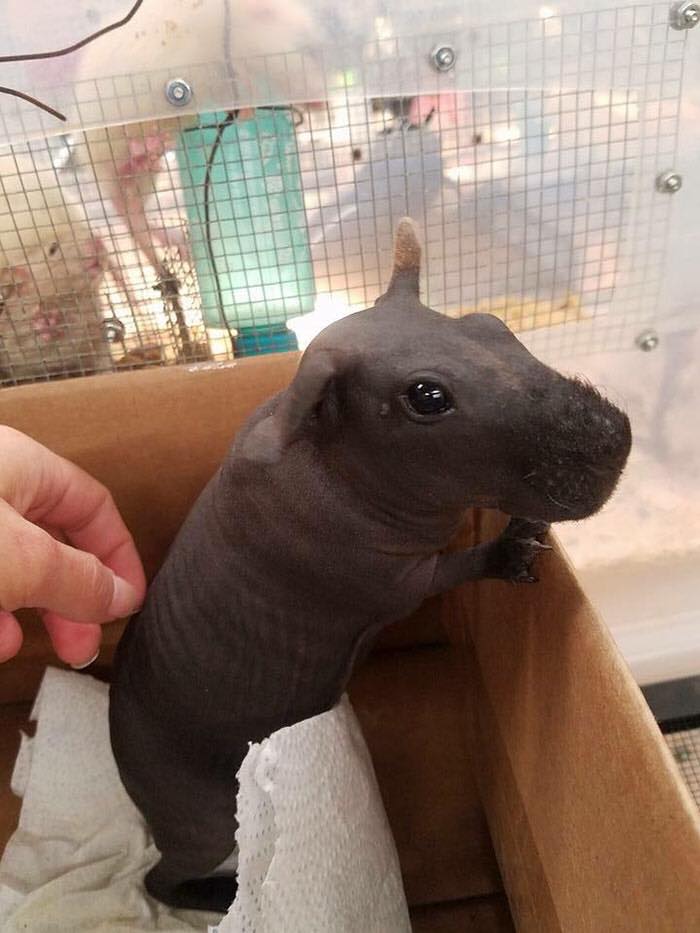 Modern skinny pigs appear to be a cross between a haired guinea pig and a hairless lab strain. Apparently there’s been a spontaneous genetic mutation that caused the hairless strain. It was first identified in 1978. 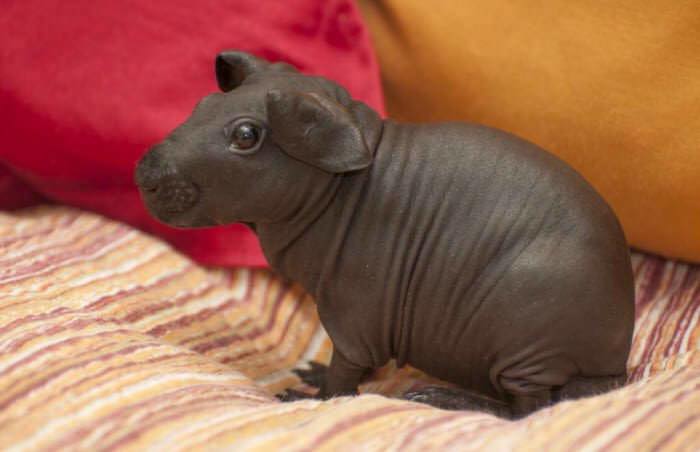 Nevertheless, skinny pigs are very sociable creatures which is why people enjoy their company. However, they are a bit high maintenance pets. For instance, because they are hairless, their skin is kind of sensitive. They feel the cold easily, as well as the sun.

So it’s best for them to be kept inside, and when there’s sun outside you should protect their skin by adding a pet-sunscreen. Then, you need to be very careful about their eating schedule because they require more food. But since they are so lovely and cuddly, people don’t find it difficult to take care of them. 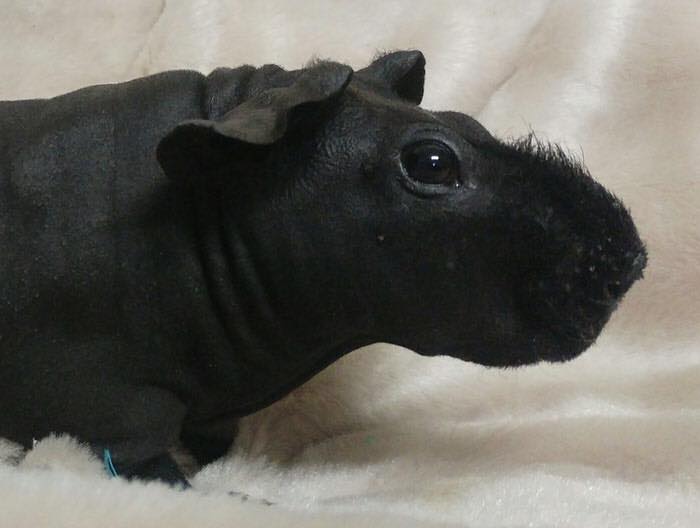 It’s good to know that there are two types of guinea pigs. The skinny pig is one of them and the other one is the Baldwin guinea pig. The skinny pig, as we said before, does have a bit of hair on certain parts of its body.

Whereas the other one, is totally hairless. Both of them live up to eight years and are about 8 to 11 inches long. Nowadays, they are very popular in America and Europe. People who have them as household pets emphasize their gentle and loving nature.