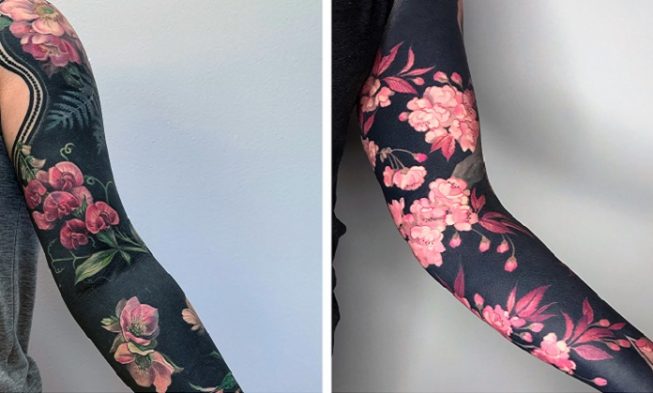 Tattoos have become a very popular trend in the last few decades. From athletes, celebrities, ordinary people, even the military are taking part in this trend. However, getting a tattoo is not such a newer practice as we thought. Even though it wasn’t as popular as it’s today, tattooing existed long ago.

Throughout the centuries and millennia of tattoos, the art style and the tools used to create these body arts change. In the past, they used tools such as chisel and hammer to make little cuts in the skin and later adding the ink to create the tattoos. Ancient Egyptian tattoos were made with needles that are made from bronze. The ink was made from ash or soot mixed with breast milk or oil. How long ago did people get tattoos on themselves and why?

Dating back thousands of years, people have discovered evidence of tattoos on mummified skin. The first discovered body of a person with a tattoo was in September 1991 on the Otzal Alps. Named after the place that he was found, Otzi the Iceman, the body was naturally preserved and mummified which makes him Europe’s oldest human mummy. This body is believed to date back to 3370 BC and 3100 BC.

The body of Otzi consisted of 61 tattoos in different parts. Most of these tattoos were located on his legs. As mentioned before, soot or ash is thought to be the ink that was used to make these tattoos.

Aside from Otzi and Europe, more than 50 different locations across the world showed proof of a preserved body where tattoos were present. Some of these mummified bodies aren’t even discovered yet.

Popular Styles Through the 20th Century

Until the mid-20th century, people with tattoos were uncommon and it wasn’t socially acceptable. People that got tattoos during these times where either criminals, circus performers, or sailors. The meaning behind their tattoos was either for their professions (sailors got anchor tattoo) or their personal stories.

During the 1920s, makeup was very expensive to purchase so women started getting cosmetic tattoos such as lip liner or eyebrows.

During the 1930s, social security numbers were issued to all citizens of the US. People were forgetting their numbers, so instead of writing it on a piece of paper, they wrote it on their skin so they’ll have access to it.

Norman Keith Collins, a popular tattoo artist in the 1940s, added color to the tattoos he made. Norman is known for his nickname ‘Sailor Jerry’ and he had pretty unique tattoo designs. Because of World War II, the tattoos during this period were focused on nautical or military motifs.

During and after the 1970s, tattoos became more of a trend and were not limited to the outcasts. This is the period that people started getting tattoos that spread messages of peace such as the peace symbol. Additionally, one of the popular designs of today, the sleeve, emerged during this period.

Today’s tattoo parlors and artists, especially those that are famous and popular, have their art styles. However, most of them implement some art styles from past ages such as adding color like ‘Saylor Jerry’ used to do.

One such tattoo artist, Esther Garcia from Chicago, uses both color and sleeves in her art style. Esther uses a black canvas (tattoos a sleeve of black onto the arm) and later adds delicate floral designs such as garden roses and sweet peas. She also adds butterflies and birds to her designs.

Esther is a self-taught artist and has 20 years of experience. Her botanical designs are widely known. Her black-based tattoos were used as a way to cover up unwanted tattoos. She was able to cover these chaotic and unwanted tattoos by adding some beauty to them. Her influence is from a Dutch painter that made lush florals and fruit. From his art style, she loved the richness and depth that the black and dark background gives to the art style.

Aside from her tattoo practice, Esther is also working on a textile and commercial design. She is working with Kyle Letendre, a Chicago designer, for this project. Additionally, she’s doing a travel workshop that is meant to educate young artists on creating their unique style of art.