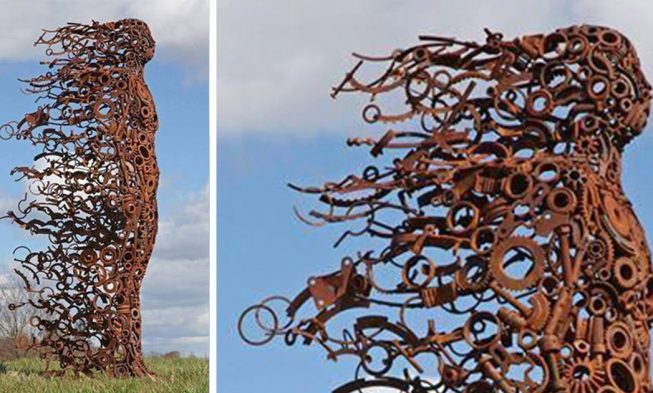 Typically, metal is seen as a hard and cold medium. However, one artist was able to transform metal bits and turn them ‘alive’, allowing the materials to look free and unbound.

What are sculptures made from?

With art, there are no limitations to what the artist will use to show his imagination to the world. When it comes to statues, the older iconic ones are made almost entirely from marble or bronze. Other than those materials, sculptures can also be created using wood, stone, clay, ivory, sand, and plaster.

Usually, artists rarely use metals such as iron or leftover parts from old machines. However, there are a couple of examples such as Gabriel Dishaw and Penny Hardy that made incredible pieces of art.

When comparing Penny Hardy to Gabriel Dishaw, both of them used metals and discarded machinery to create their masterpieces. The biggest difference between the artists is that Penny used her artwork to create a more emotional experience using the human body rather than recreate iconic characters like Gabriel.

Penny is based from Devon, southwest England. The series of sculptures are added to Penny’s portfolio called Blown Away Series. Instead of using new metal, she used discarded man-made metal items.

Originally training as a scientific illustrator, Hardy was able to examine the details of natural forms and observational draftsmanship. Later, she showed interest in 3-dimensional objects and forms, giving her the interest to create sculptures. The reason for using metal machinery parts was because they were made to be strong and durable but thrown away at the smallest sign of failure. Recycling these pieces allowed Hardy to show the machinery and their effect on our lives and environment. Aside from that, her pieces show her emotions relating to some experiences in her life. 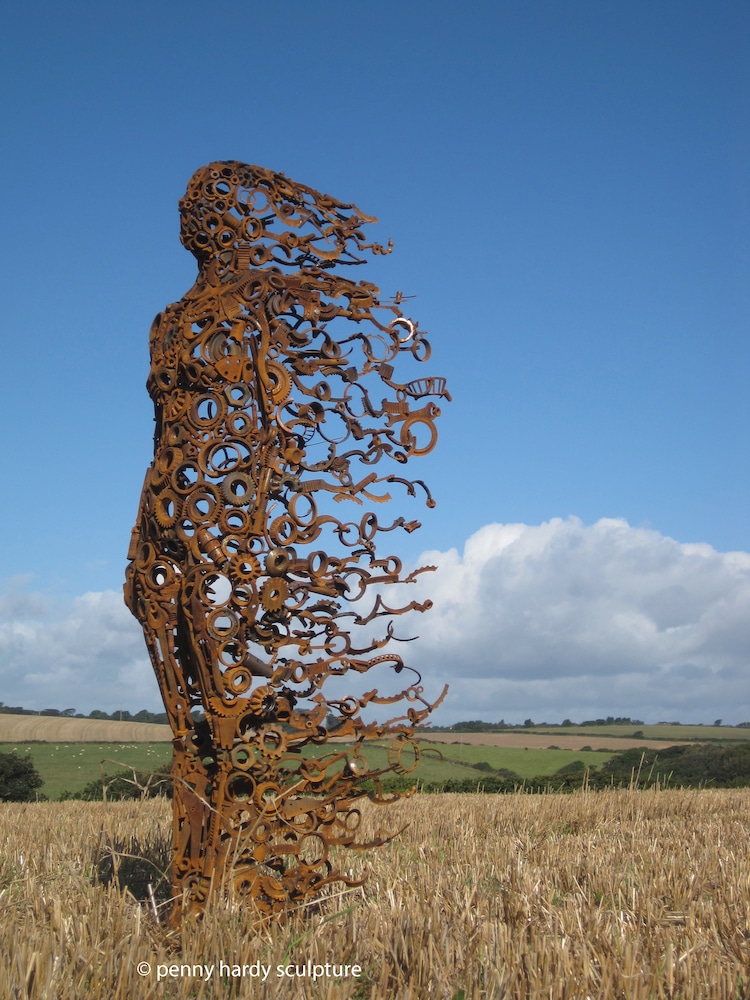 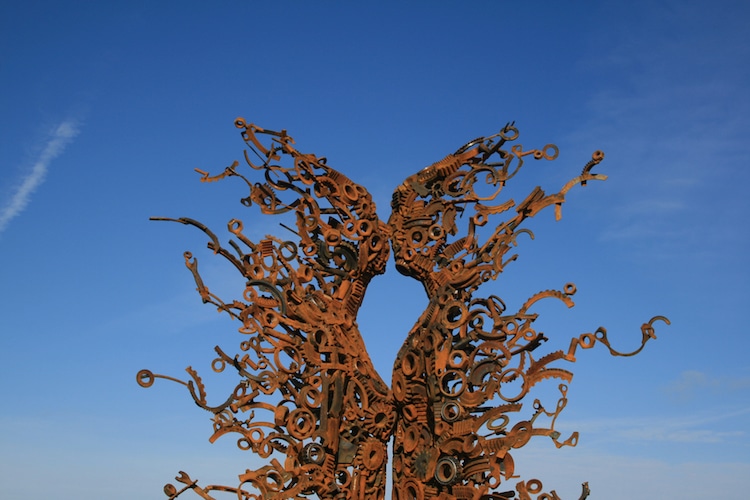 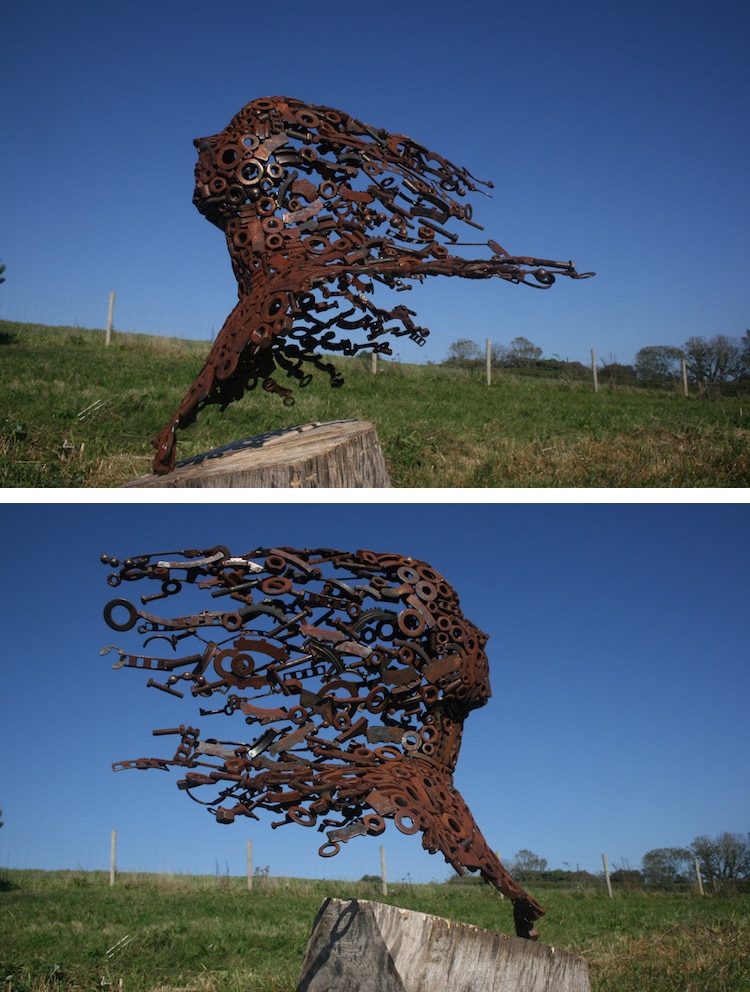 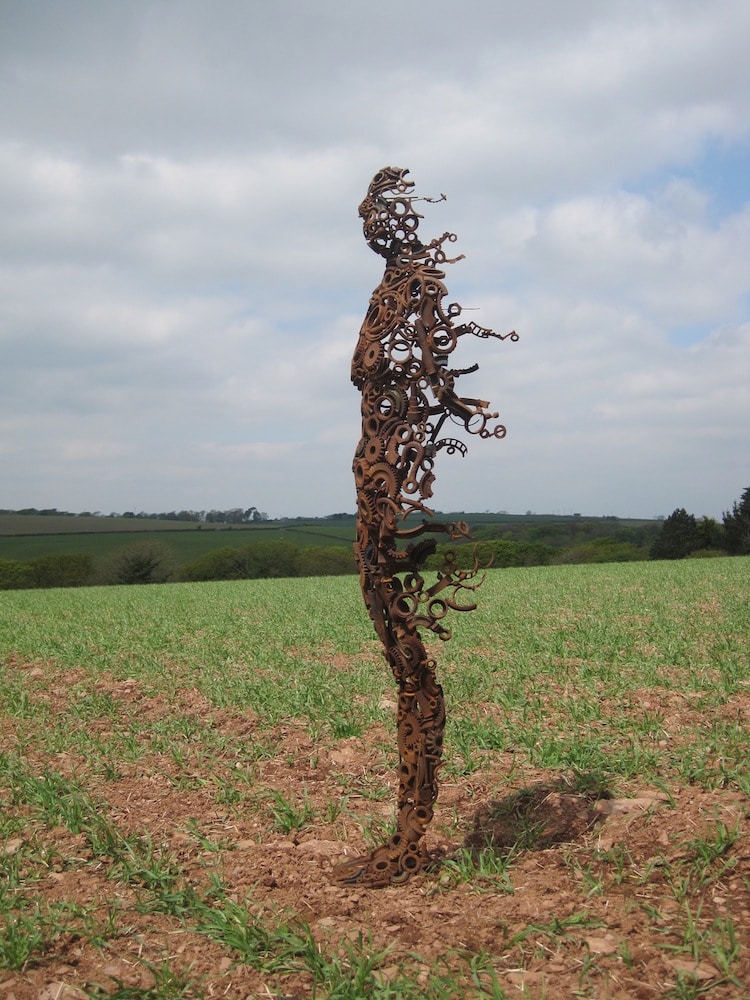 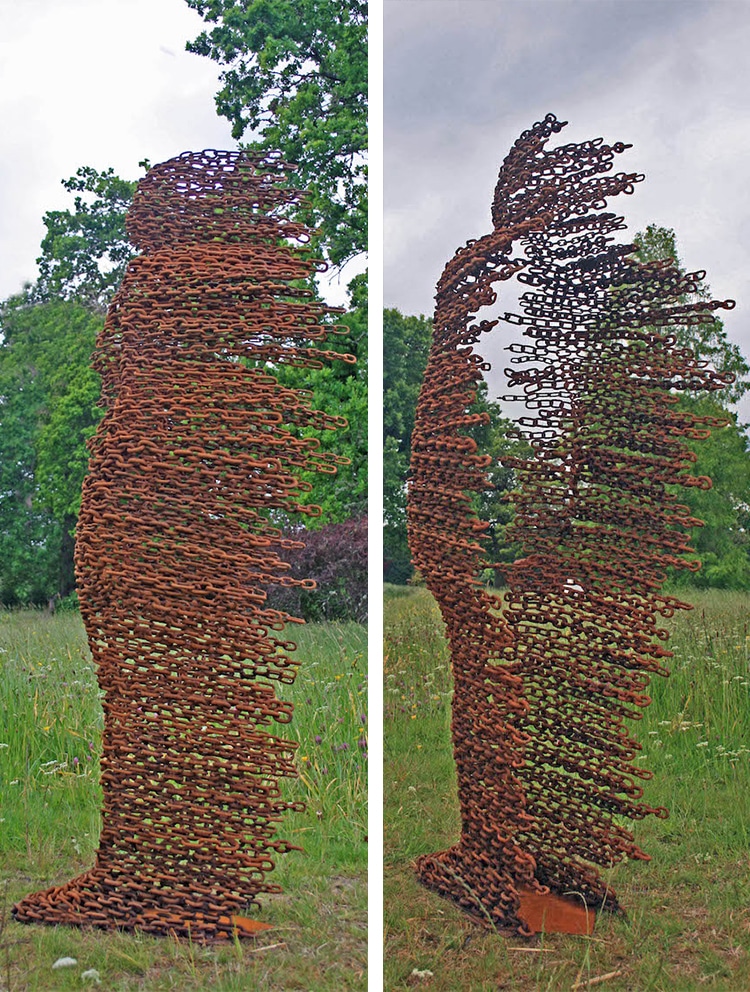 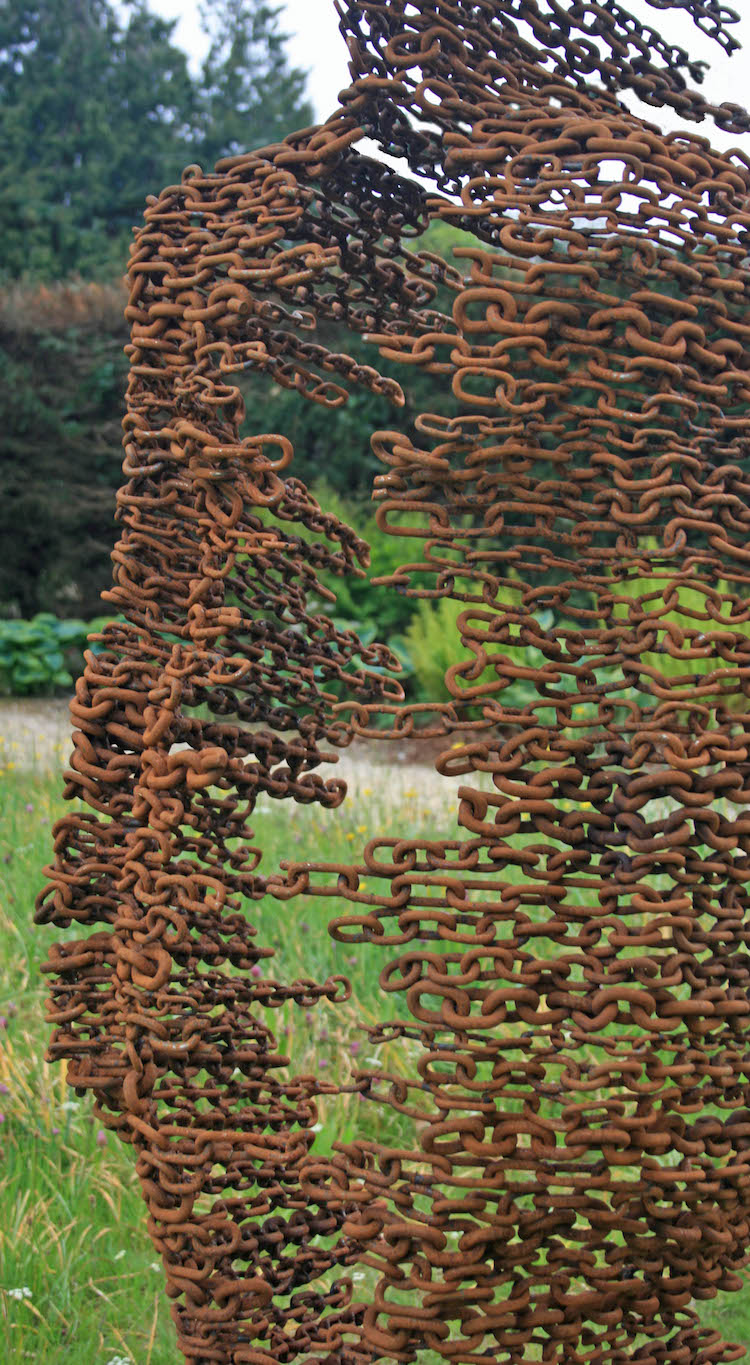 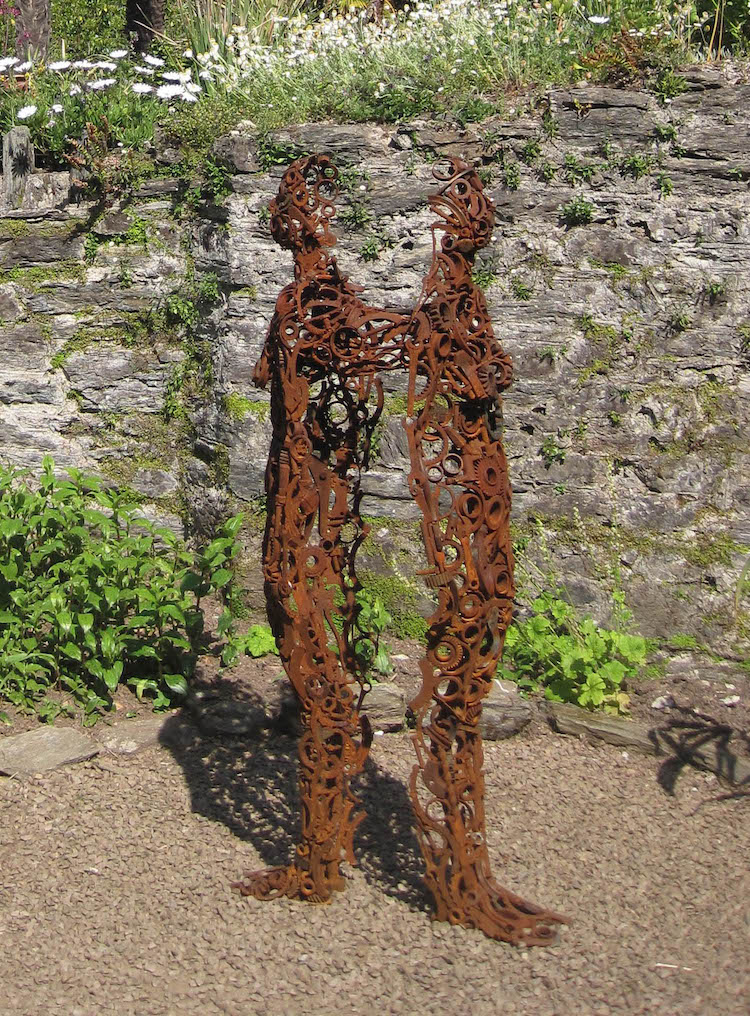 Hardy has exhibited throughout the UK many times and also creates privately commissioned work for clients across the world.