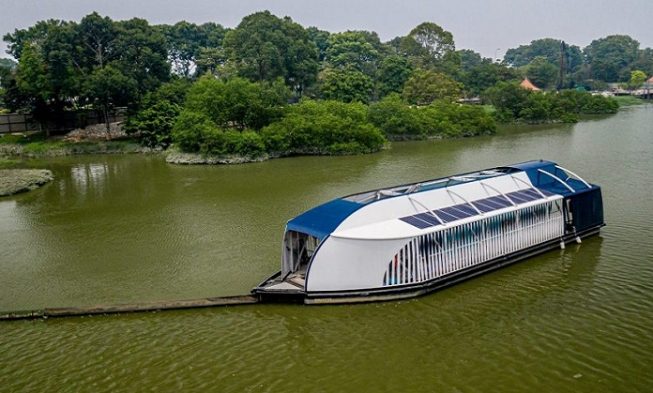 Even though collecting all of the plastic which currently resides in the oceans is vital for our marine ecosystem, it’s essential to stop the additional plastic moving from streams and entering the ocean. Luckily, The Ocean Cleanup, a nonprofit organization that battles with plastic pollution and collecting the waste from the ocean, created a great solution to stop the plastic from entering through the rivers.

The new invention of The Ocean Cleanup is the solar-powered barge which they named the “Interceptor”. The barge is a 24-meter long vessel (78 feet) and it resembles a large houseboat. They use its curved barrier to collect floating waste downstream. The entirety of the trash that’s washing up downstream (most of it being plastic) is being directed to the mouth of the invention. After, the waste is being rolled up a conveyor belt and released in dumpsters. The barge operates silently and autonomously and it can collect 50 tons of trash daily.

At the moment, Malaysia’s Klang River has one of these Interceptors and you can see it there quietly collecting waste. More than 15,000 tons of plastic are being released from the Klang River alone during a year. It’s one of the 50 most polluting rivers on the planet. Additional barges have been positioned in Jakarta, overcrowded capital of neighboring Indonesia, and two additional sent to the Dominican Republic and Vietnam. 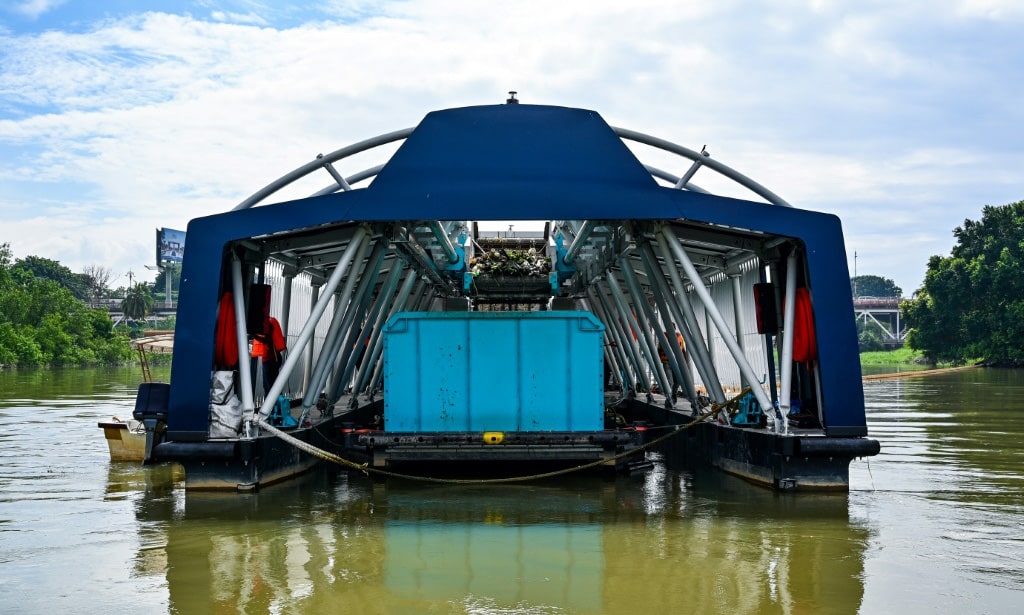 About 80% of the plastic pollution is being made through 1,000 rivers worldwide and it eventually ends up in the ocean. The Ocean Cleanup is aware of this and because of it, they have a very ambitious goal of stationing this invention in every single one of the rivers. 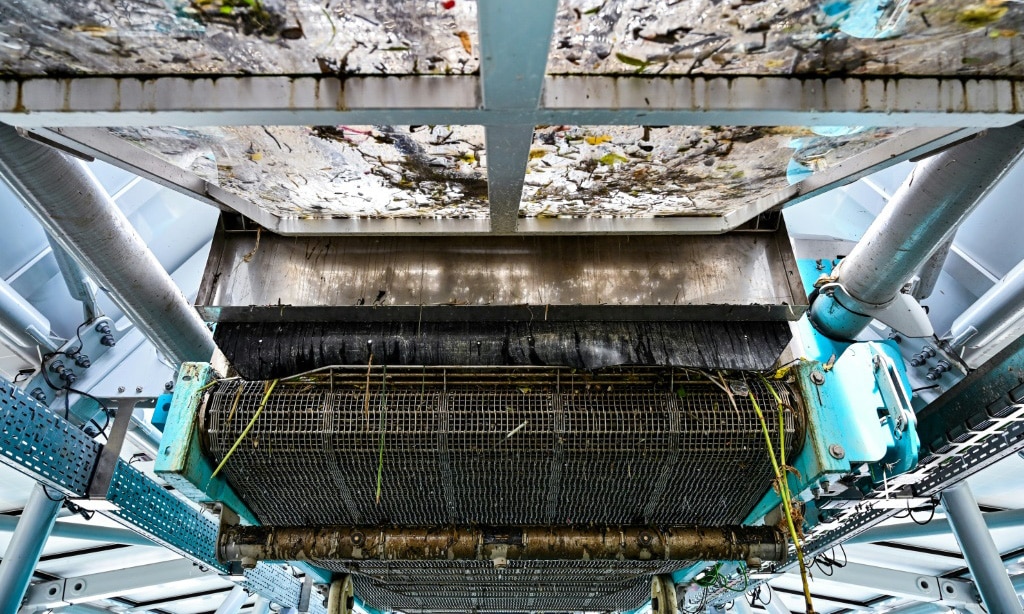