If someone wants to describe the 1950s, they will probably mention Elvis Presley and his popularity, or maybe the Cold War between the Soviet Union and the United States. Even more extraordinary happening from that era were the first satellites going into orbit. And not to forget, the magazines that advised women on how to seduce a man. Kim Marx-Kuczynski from Madison found an article from 1958s’ McCall’s that had a title: “129 Ways to Get a Husband”. By finding this article, we can be sure that times have changed a lot from the 1950s.

The text begins with this statement: “In the United States today there are sixteen million women over the age of seventeen who are not married. Presumably, the vast majority of them would like to be.” Sixteen participants were asked to write down methods that women could use to attract men as quickly as possible. They wrote down many suggestions that included no gossiping or crying in a corner, ordering rare stakes, getting a haunting license, and so on. But many strategies were controversial. Before publishing, the authors asked the participants to cut down their judgments while writing their suggestions.

Kim said: “My boyfriend John Bascynski spotted it at a rummage sale and pointed it out. I bought it for a dollar, I think the article is reflective of the social mores of the era, and I found the comparison between what was acceptable then and what is acceptable now fascinating. It also made me grateful that so much progress has been made.”

Kim suggests that couples who are aiming for a long-term relationship shouldn’t be guided by this list. She also adds: “I think if someone is actively looking for a life-long partner just for the sake of being married, they will end up in a failed relationship whether they legally sever it or not. I’d like to read about someone’s attempts at trying out everything on the list though. They would either end up with a degree from Yale, in federal prison for stowing away on a military vessel, or in an intervention meeting with friends who’ve been very concerned with their recent behavior.”

At that time, this kind of guide was taken seriously, even though are both absurd and funny. In her final words, Kim added: “Society has changed so much in the last sixty years, and this article exemplifies the differences between what our moms and grandmas grew up with compared to ourselves and the coming generations. It’s fascinating.” 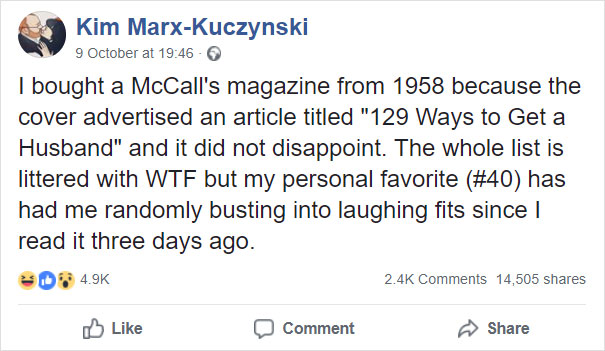 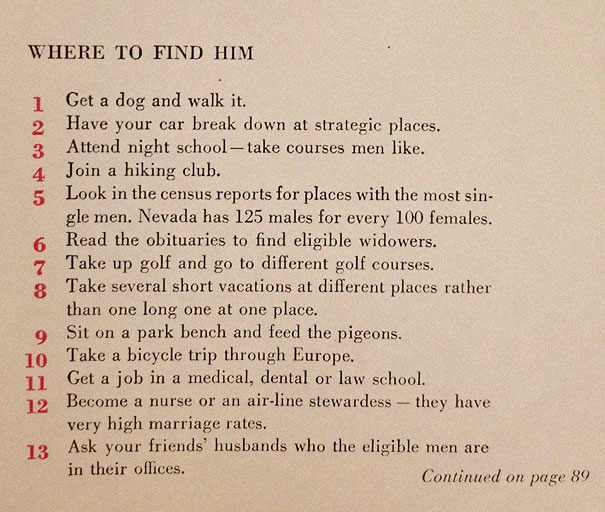 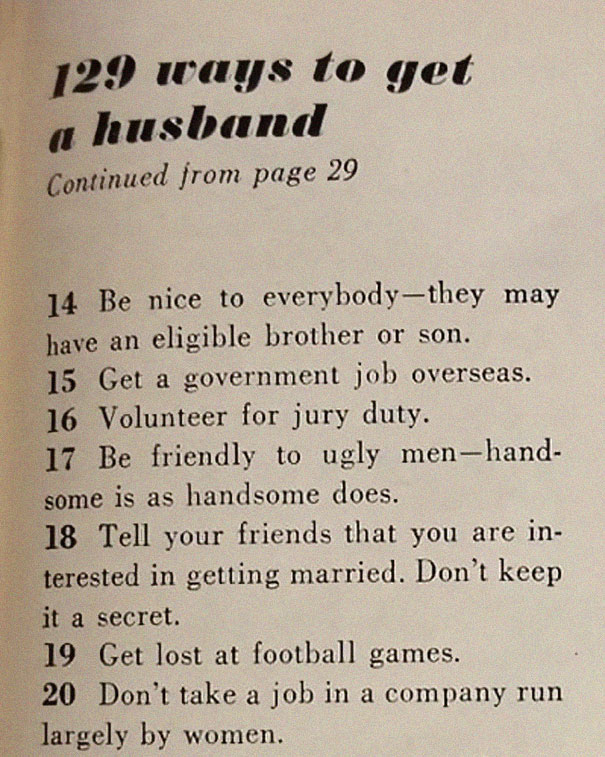 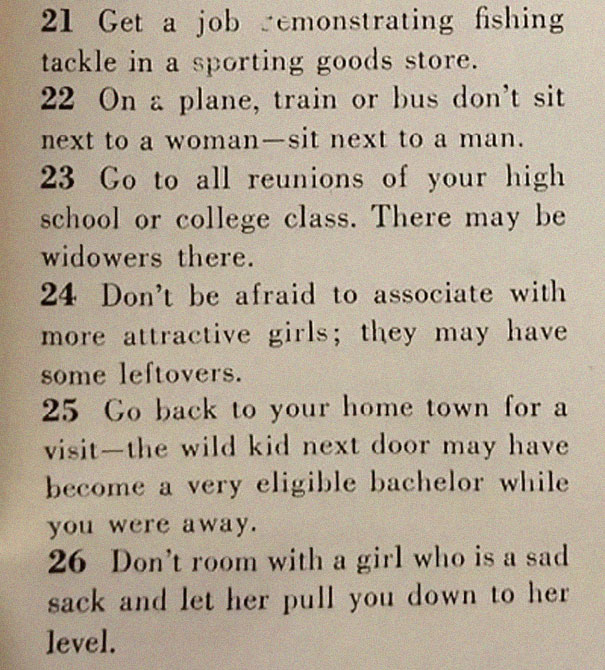 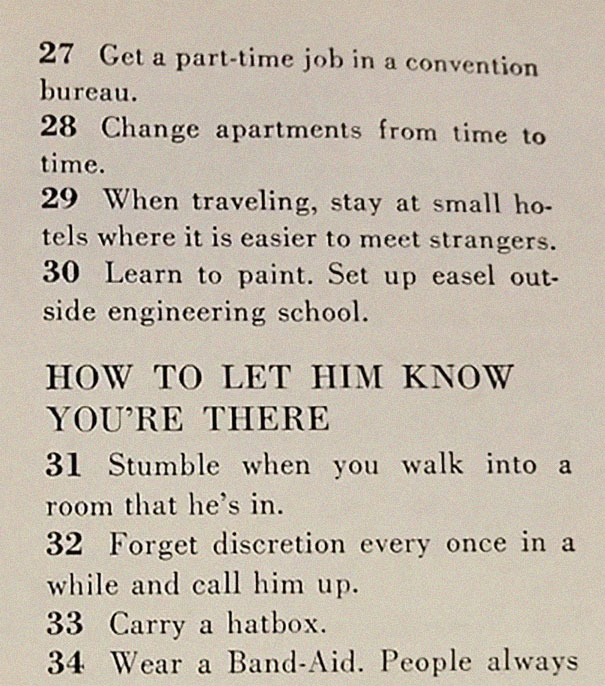 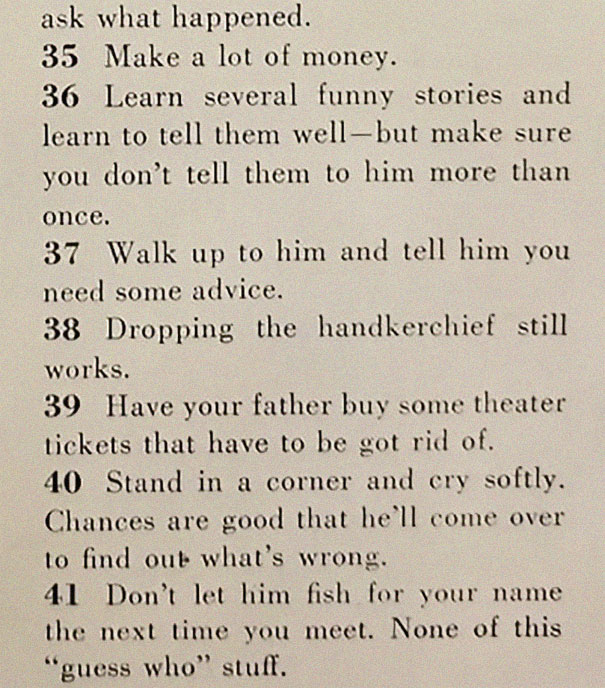 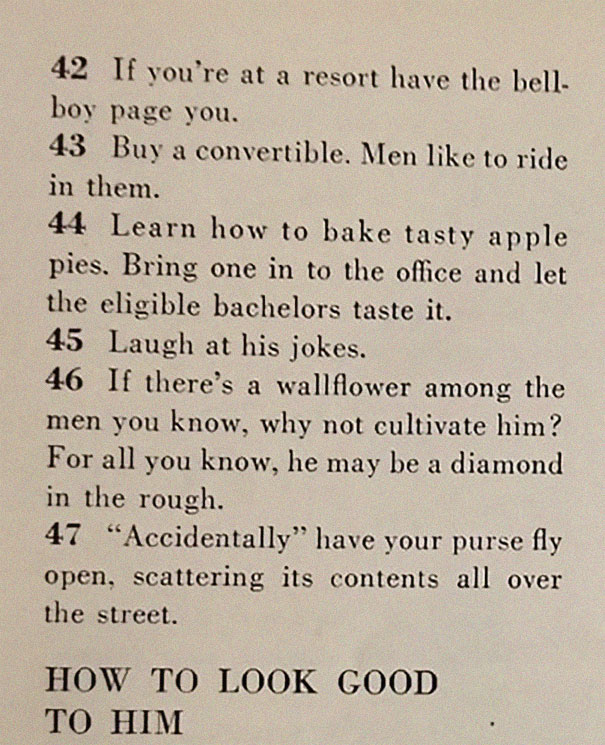 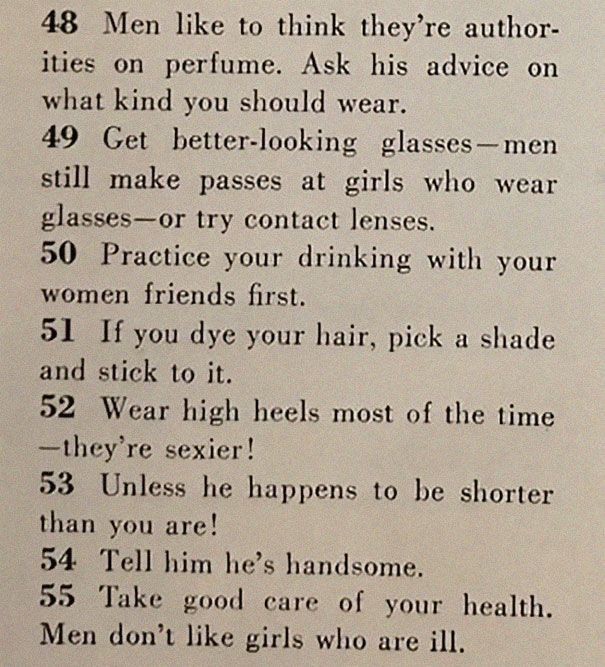 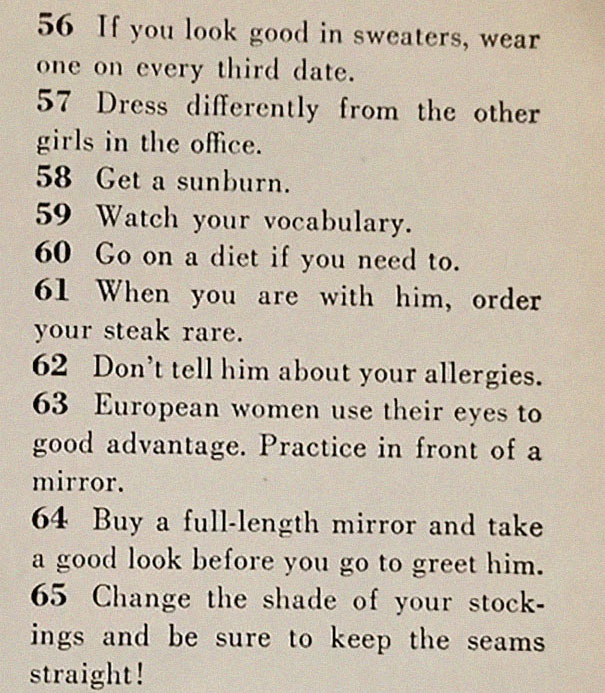 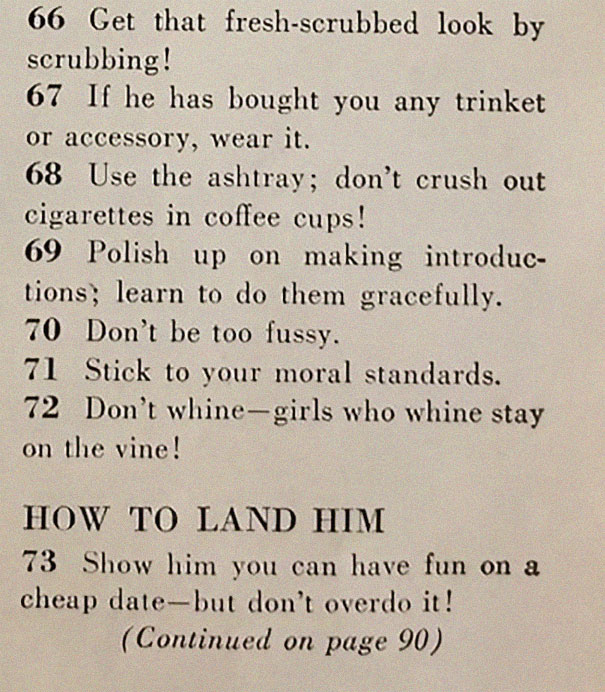 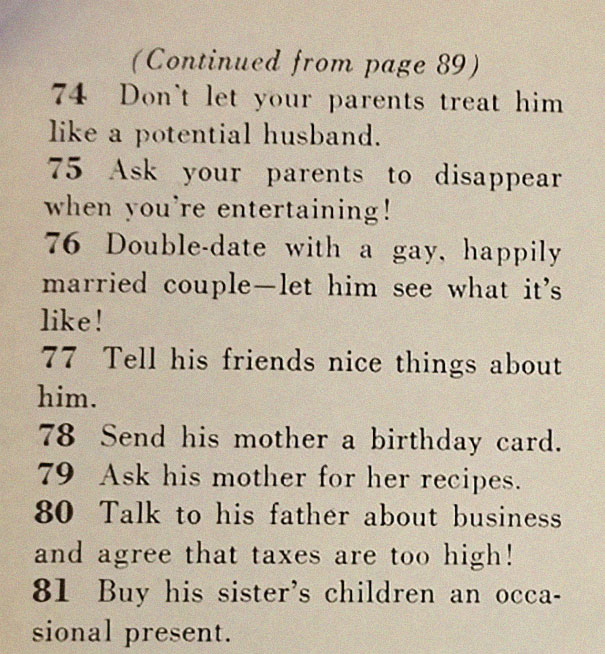 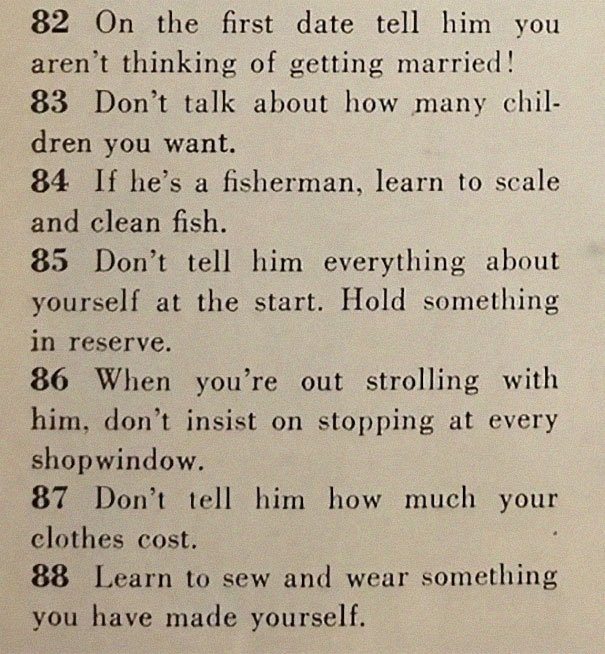 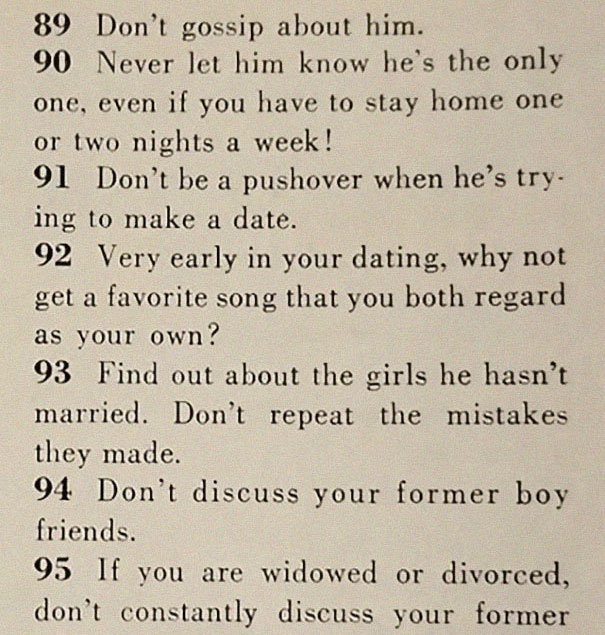 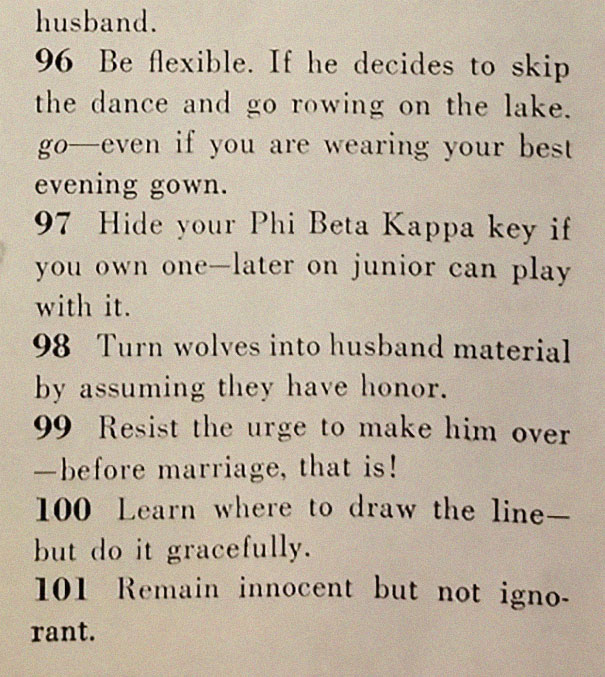 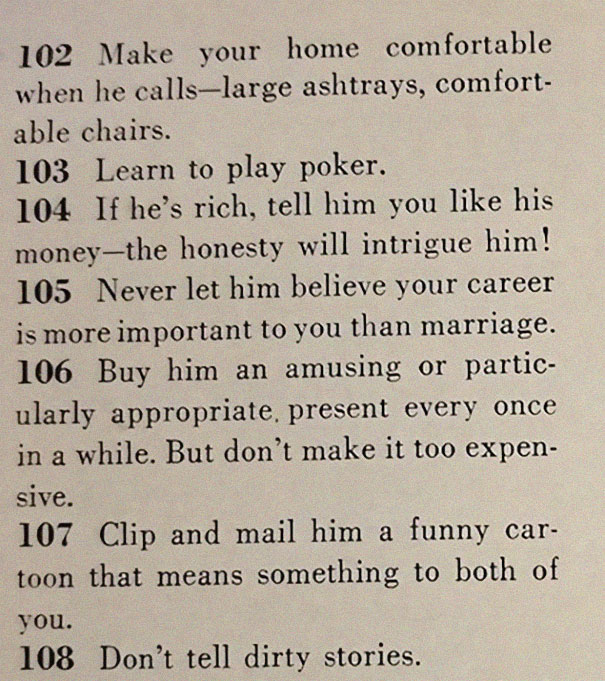 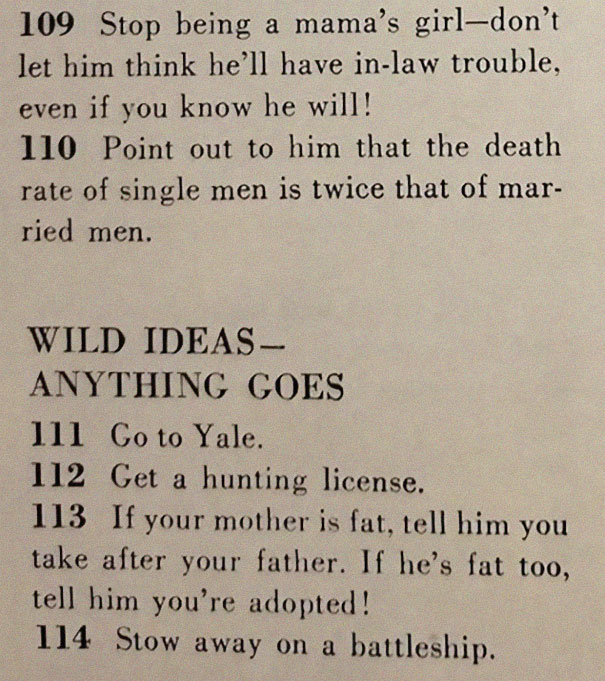 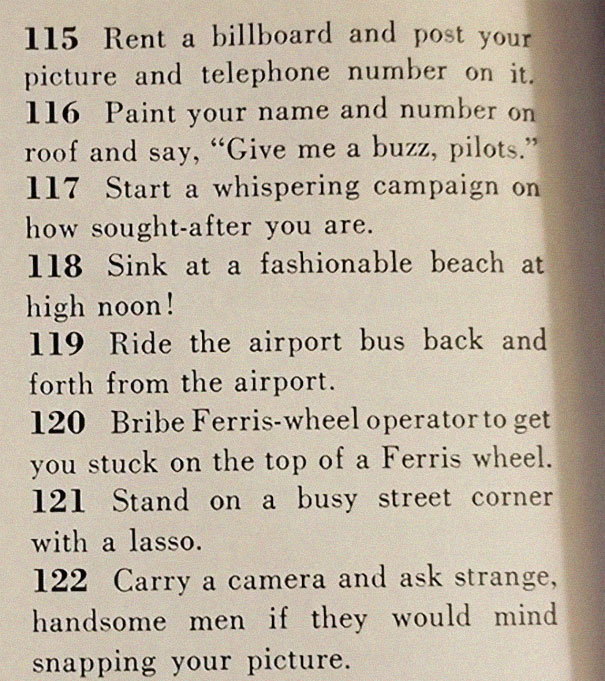 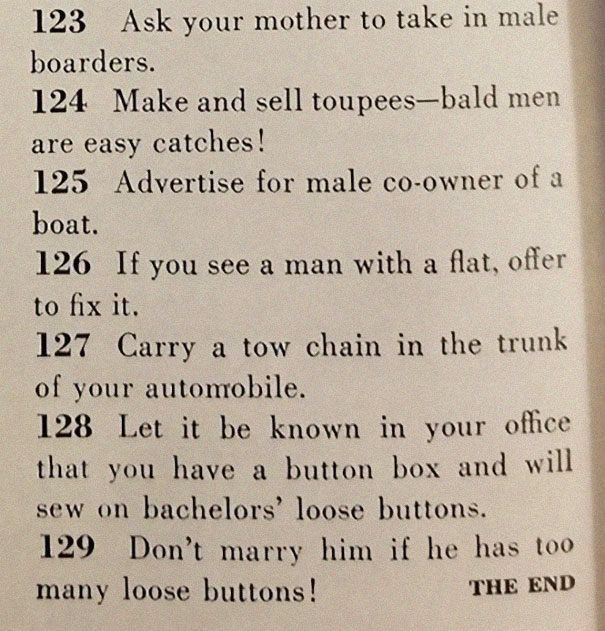 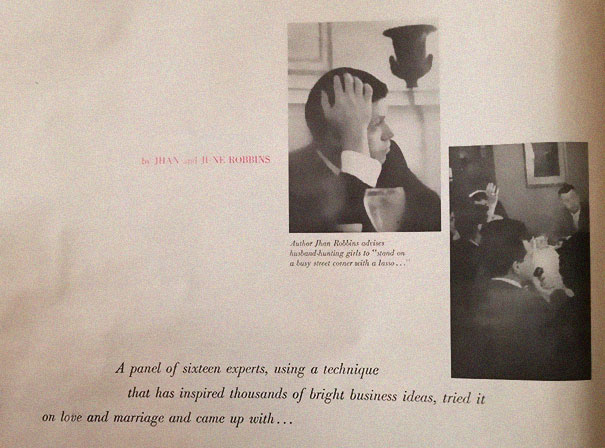 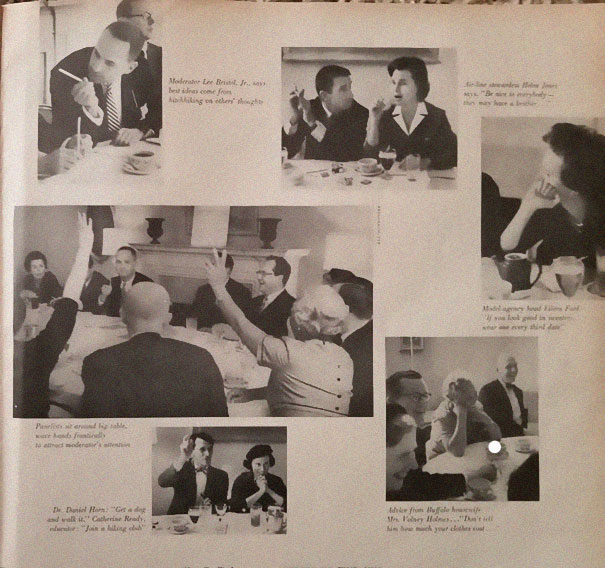 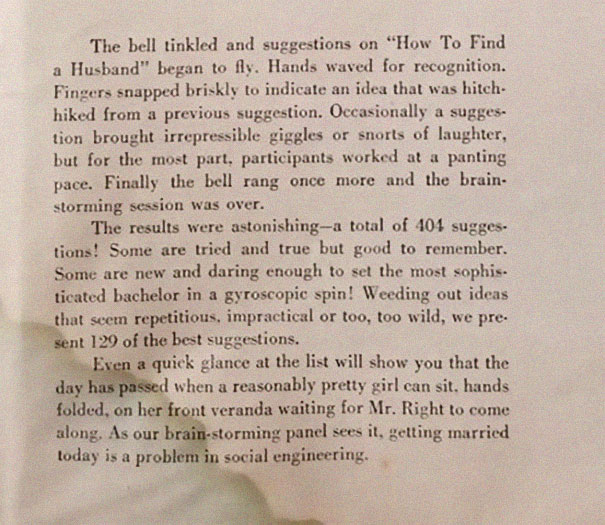