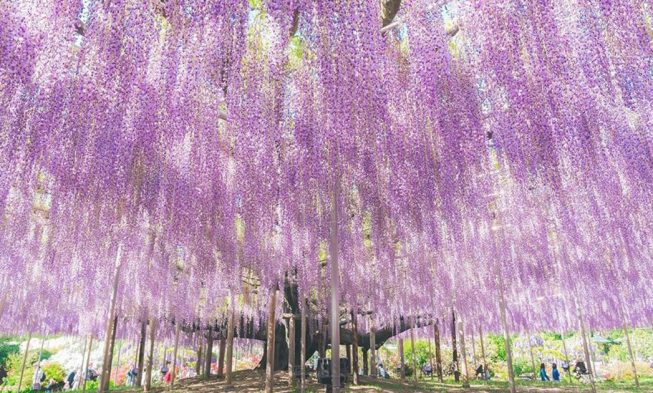 Japan experiences four distinct seasons which gives the country a wide variety of flowers. These flowers change throughout the year thanks to the changing seasons.

Everywhere you go in Japan, you will find amazing gardens and parks filled with unique flowers for that region. These locations are very popular not only for tourists but for locals as well. 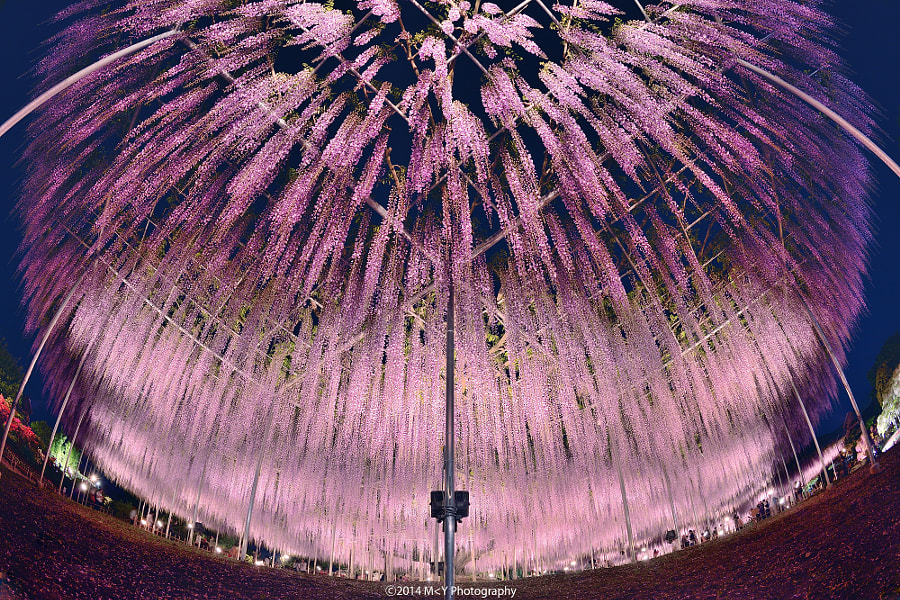 One such flower and tree-filled location in Japan is the Ashikaga Flower Park. This park is located in Ashikaga City and it is the largest wisteria garden in Japan. 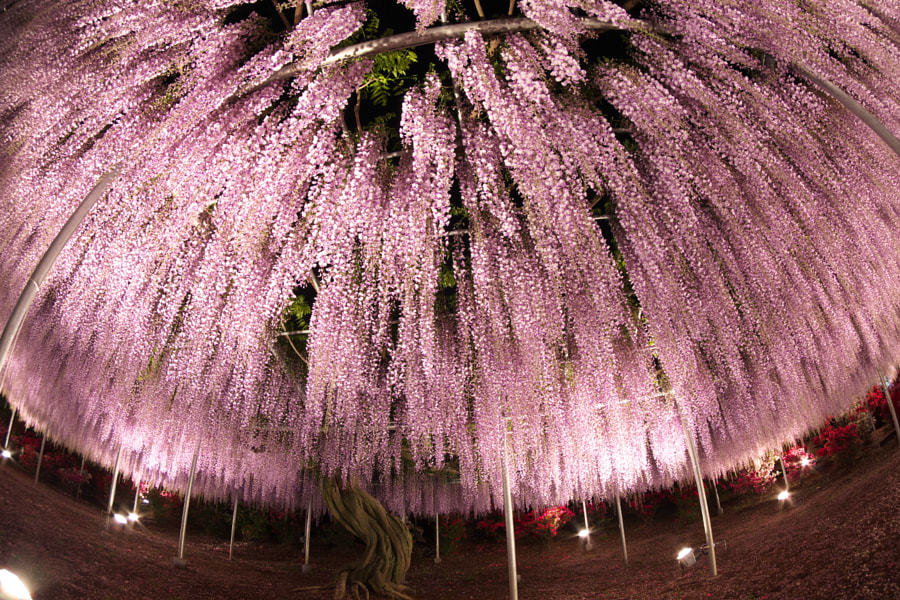 The park is 94,000 m2 and it contains more than 350 wisteria trees. The park is widely visited by tourists, especially during the Wisteria Story – Great Wisteria Festival.

The wisteria trees are called fuji in Japanese, similar to Mt. Fuji. However, unlike the mountain, the flower is pronounced differently. The flowers contain a variety of colors such as blue, white, pink, and yellow.

One of these wisteria trees is 150 years old and it is a Tochigi Prefecture selected natural treasure. The old tree is one of the most magnificent sceneries to experience, especially when it’s in full bloom.

During its full bloom, the tree will give you the illusion like you’re watching a stunning purplish-pink cloud that hovers near the ground.

Some people even dub the tree as the ‘most beautiful tree in the world’. Its vertical flowers go far down, nearly touching the ground. The branches of the tree are supported by gridded beams because of its age and number of blooms. Because of this, it almost looks like you’re walking under a flower umbrella.

Besides the wonderful wisteria trees, the park also offers other seasonal flowers to enjoy throughout the year. The Ashikaga Flower Park has been approved as one of the best illuminations displays in Japan.

The park even has its event called ‘Flower Garden of Lights’ which is a very popular illumination display. The park also offers a tunnel of white fuji flowers which you can walk through and it even has a restaurant and shops that sell plants and local products.