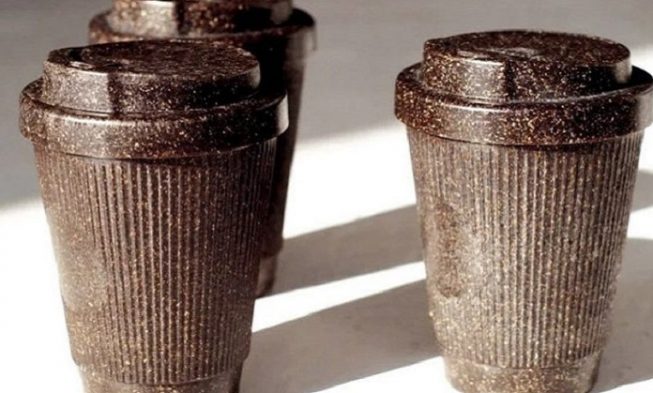 It is a fact that the coffee is the most popular drink all around the world, whether it is drunk as the first thing in the morning, throughout the day for a boost of energy, or simply because someone enjoys the taste. Because of that, according to the evidence, around 400 billion cups of coffee are consumed annually.

This buying coffee in the plastic cups at the local coffee shops, together with other plastic items has become one of the biggest problems for pollution of the environment. Because the coffee cups are made out of plastic and are not biodegradable they won’t be able to decompose when thrown away, which will cramp the planet the more people use excess plastic.

For that reason, investing in a reusable Coffee Cup is a fantastic option that can save money in the long run, but also people will be able to recycle the same cup. In this article, we’ll share an idea of reusable coffee cups invented by an enthusiastic boy from Germany.

This is a boy from Germany who has an idea to save the planet and solve the issue with the single-use coffee cups.

Julian Lechner from Berlin studied at a design school in the northern Italian city of Bolzano in 2009, where he and his peers consumed a lot of coffee daily. They were always drinking coffee, before classes, after classes, hanging out at espresso bars, meeting friends, and then he started to wonder- what happens to all disposed of coffee grounds. He saw that is was all just getting thrown away.

Following the statistic about annual consuming coffee in Germany, he found out that every year, the average person consumes 14 pounds of coffee beans, and almost 99% of all coffee cups are turned to the trash. These facts were quite horrible for him, because even paper cups may take over 20 years to properly decompose.

He exchanged ideas with his teachers about the best materials that could be mixed with the coffee grounds to get a solid material and then he made a research about this. His research took years,

The boy eventually partnered with a German research institute, developing a substance that could be blended with the grounds.

His idea was finalized in 2014 when he found the perfect formula, which is a combination of grounds with a biopolymer of cellulose, lignin, wood grains, and natural resins.

Then in his start-up company Kaffeeform, his idea of reusable cups was applied by reusing the disposed of coffee grounds to produce eco-friendly coffee cups.

Also, these planet-saving efforts were joined by another startup company – Crow Cycle Courier Collective. This company gathers nearly 110 pounds of coffee grounds daily, which is then cleaned in Kaffeeform workshops.

At the moment, these materials are sent to a different facility, which dries and blends them with things like plant fibers, natural resins, and Beachwood grains.

After getting the new coffee-ground granulate the facility shapes it under heat and pressure. Cups for coffee made in this way are 100% biodegradable.

The cups are similar to stoneware, but they are easy to pick up and very light. The material they are made of is a smooth-textured, durable, unbreakable, as well as dishwasher- friendly.

You can find these products in 20 of Berlin’s coffee shops, but they are in 150 vendors throughout Europe, too.

This success of Lechner’s vision is applicable for producing other things that cups, including furniture pieces and lifestyle products in the same way.