Usually, people would tell that they have enough to satisfy their basic human needs, which means that they have a roof to live under, clean water to drink and nutritious food to eat. That is actually what billions of other people are lacking.

Unfortunately, people who grew up in wealthy countries are not aware that the world is unfair to everyone. It is a world where the 9 richest people own more wealth than the 4 billion poor in total. It’s a world where nearly half of the population lives with less than $ 2.50 a day and where 40 million people are enslaved.

Today, people are first and foremost aware of what their favorite celebrities are doing and are not informed of what is important, such as in India, farmers die in the thousands of suicides a year due to the crisis and unemployment.

People are now following which of their social media followers did not “like” their latest Instagram selfie, but they do not know that in Sub-Saharan Africa, 1 to 9 children die before the age of 5 in their mother’s arms due to malnutrition and preventable diseases. Unfortunately, people now, also know the exact date when the next iPhone will hit the market, but they do not know about the inhumane conditions at Chinese footwear factories.

One of the best indicators of today and a deeply ill culture is the behavior of people for Black Friday, which is the busiest day of the year in shopping. It’s a day when people are pushed, kicked and elbowed so they can be the first to make a deal, while hundreds of millions of people have nothing to eat. 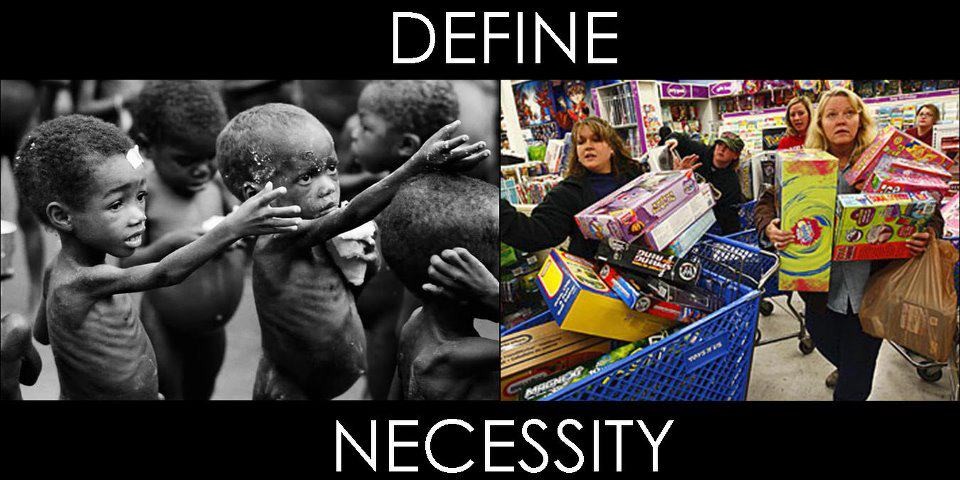 On the eve of Christmas, people do nothing but exchange gifts, which is an act that large corporations offer to people as the only way to prove love to friends and family.

With this in mind, it can be said that today, in this crazy world, love is even commercialized. We buy things that sometimes we are reluctant to buy – even sometimes with money we don’t have.

Statistics in the US show that millions of Americans are paying off debt from last year’s Christmas shopping. Their debt is expected to deepen this year, so the average customer will spend $ 825 on gifts this holiday season alone. Compared to previous years, this is about 50% more than just five years ago!

For most people, buying things that no one needs and with the money we don’t have seems normal, and when someone is different from them, almost everyone starts looking like they are miserable weirdos, saying:

“Oh, you’re one of those people who don’t buy anyone gifts on the holiday season? That must mean you’re either a stingy person or you have nobody to love in your life.” 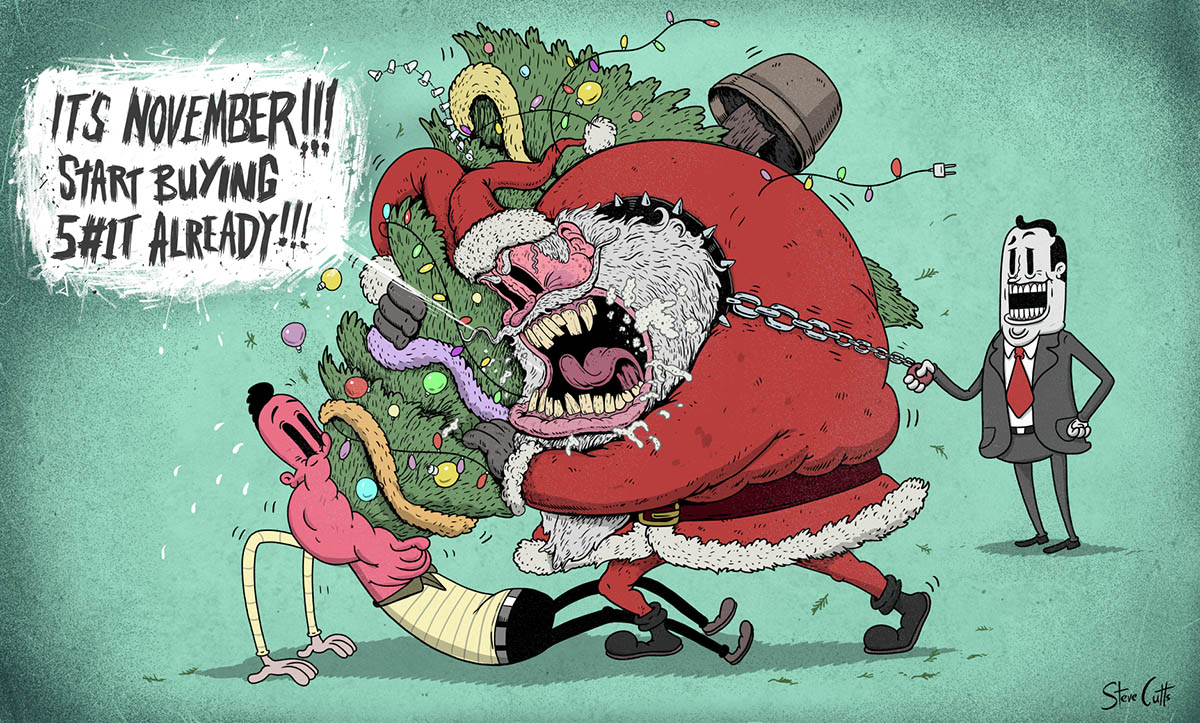 People have been indoctrinated by the advertising industry from the moment they emerged from their mother’s womb and bombarded with countless messages that try to convince them that all they need in life is their products. They are victims of such culture, values, ways of thinking and behavior as a result of lifelong social conditioning.

But if people pause for a moment and question the belief that only through products can they find meaning and fulfillment in their lives, and if they break through the corporate program and realize that love has no price, and therefore cannot be bought, sold or owned in any way or any form. Perhaps it is necessary to challenge the idea that more things mean more happiness and to emerge from that hypnotic spell of consumerism.

If something more people needs, these are intimate looks, warm hugs, kind words and generous smiles, not candy, scented candles and socks with Christmas themes. It can be added here that people need more human connection.

This does not mean that offering material objects as gifts to people is bad or wrong, especially if we give people things that can improve their quality of life, then that is okay.

Everyone should ask themselves what is the point of giving people things they do not need and this can sometimes end up as landfill waste. It would be much better if, for example, the excess money is spent to help those in need – the poor and the homeless. This can be achieved by supporting individuals and organizations trying to make the world a nicer place to live.

This Christmas, we suggest not giving things and gifts, but rather giving each other more love. It is better not to give gift products, but rather a gift of the experience of connection, compassion, and belonging.