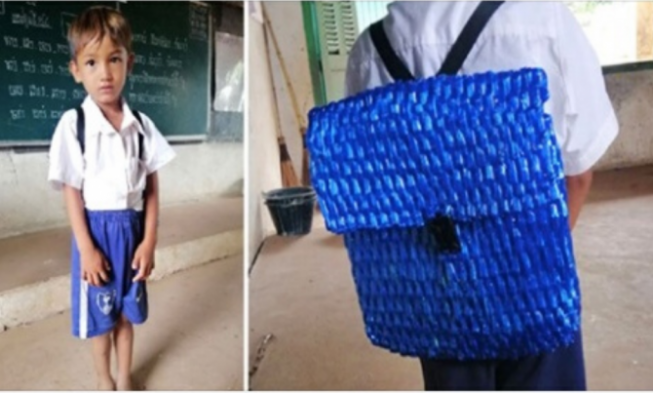 Getting an education is one of the most significant milestones in the life of a child, which plays a vital role in deciding the future of a child. According to the United Nations, however, almost 60 million children of primary school age are not in school. Poverty is one of the most common causes. There are many kids around the world who have to work to help their families, collect water, or look after their siblings instead of going to school. 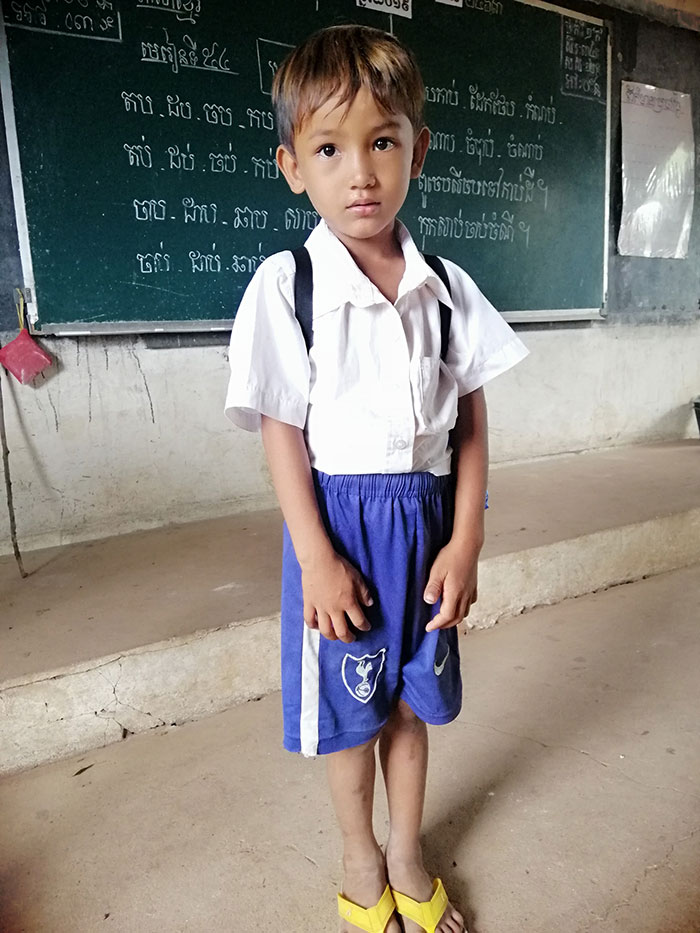 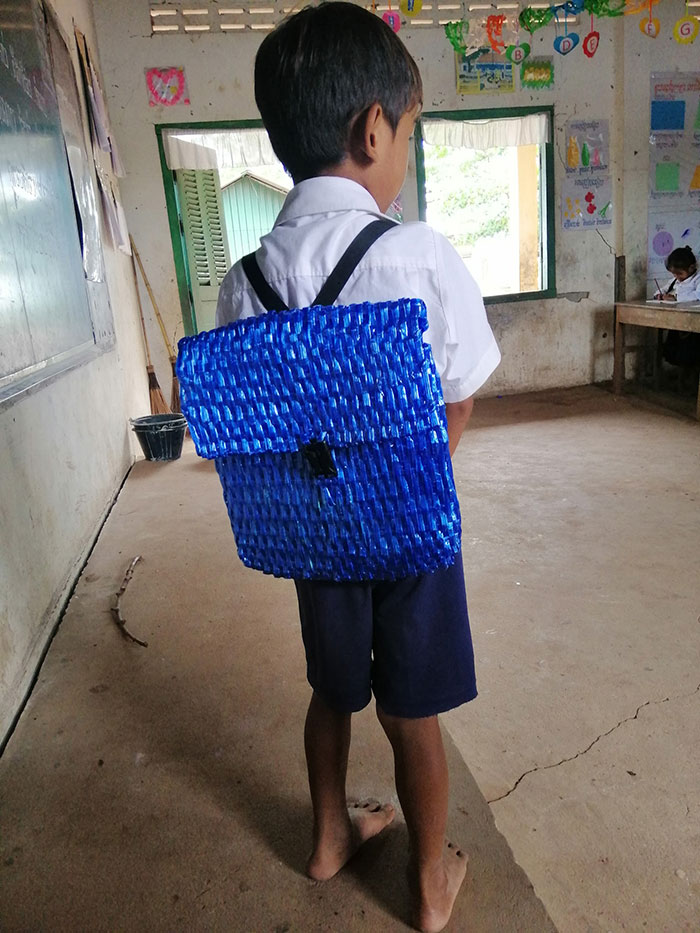 A Cambodian teacher recently posted photographs of a backpack a father created for his son because he was unable to afford to buy one. 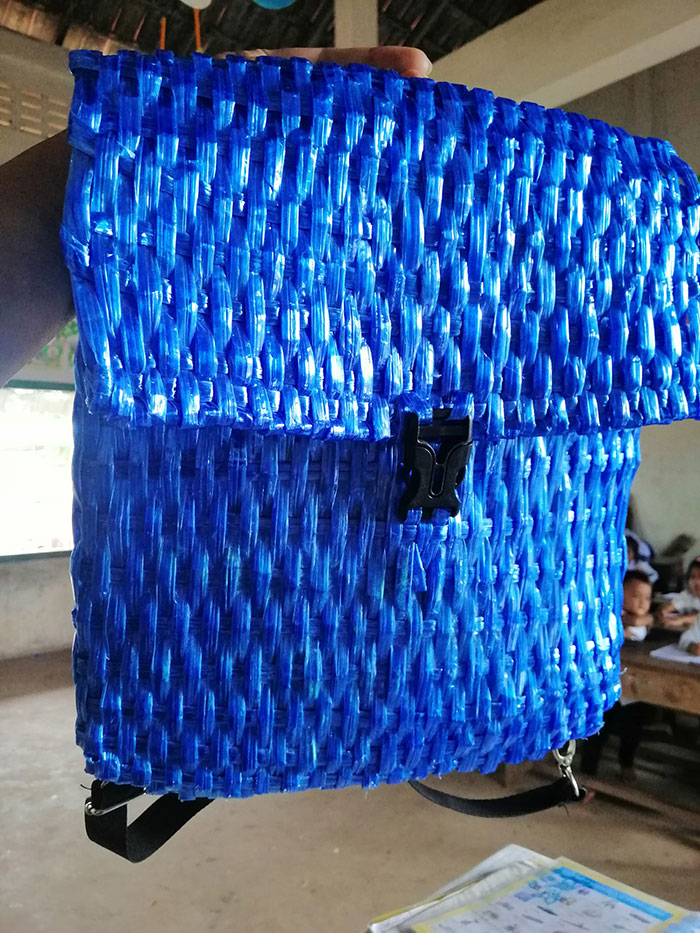 Even the simple items most of us take for granted, such as school supplies, if they can’t afford to purchase them, can discourage a child from having an education.

The name of the 5-year-old boy is Ny Keng. He is studying at Lumphat Primary School and is in first grade at the moment. Suon, his teacher, told the press that every day, Keng’s mother takes him to kindergarten. 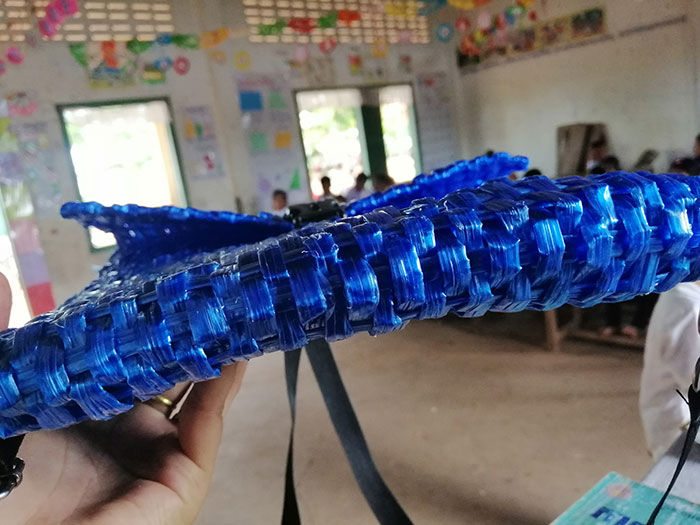 Her student told her, according to Suon, that he had just returned from Thailand, where his dad works. Keng also told her that the bag had been made by his father, as he could not afford to buy him a new one.

What his father did, is he weaved a beautiful blue backpack using the final bits of raffia string. When Suon posted the schoolbag videos, it quickly went viral. The father’s commitment and innovation amazed people. The teacher said, “People said it was heartwarming, touching, cool, imaginative, dad, love this bag.” 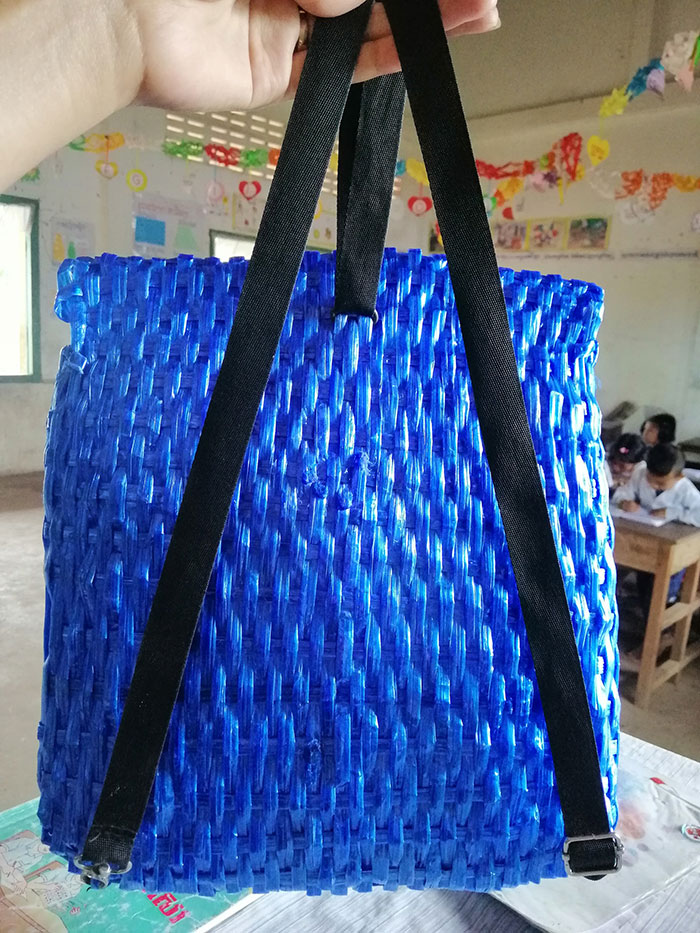 Kind-hearted people also saw this as an opportunity to support the family that was suffering. “Few foreigners have requested contact to give him their luggage, and my school leader has already given them his contact,” Suon said. 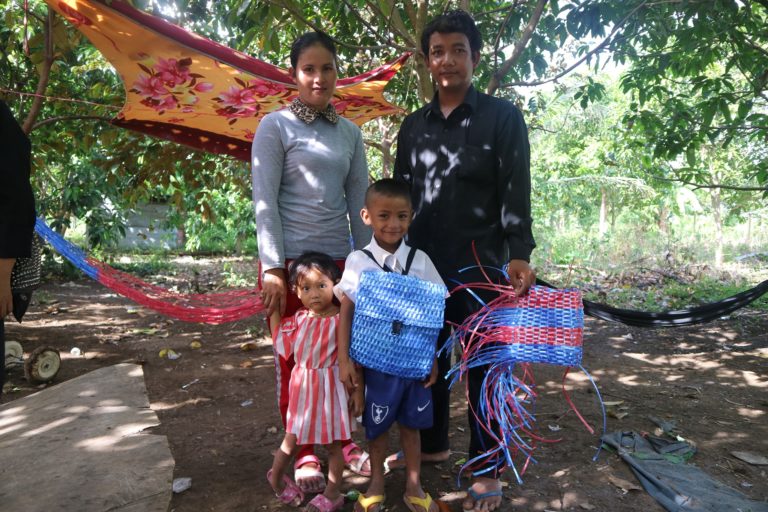 There was not a single person that didn’t love the woven backpack and they even encouraged the father to start a small business selling these bags to hipsters.